Can You Overcome These 3 Paralyzing Freelance Writing Fears? I am officially free.

In just the past four months, I started my own freelance copywriting business and began making enough money to quit my job and support my wife and three young kids.

Now, granted, we’re not rolling in the cash, Scrooge McDuck-style. Yet.

And I didn’t just get here by some random chance.

If you’re going to live the writing life, you also have to overcome these fears.

So, at the risk of sounding too much like one of those cheesy motivational posters, let me share with you how I overcame these fears as I began my freelance writing career.

Every person fears rejection, and writers are particularly vulnerable to this fear. After all, we pour ourselves into what we write. Then we hand the projects off to other people for evaluation. For scrutiny. For criticism.

At the risk of over-dramatization, we bare our souls.

When I first launched my copywriting business, I was scared pantsless (in a mostly figurative way) of rejection.

And I was rejected. Quite often, actually.

But here’s what I discovered: Rejection’s not such a big deal.

And that’s how it goes with writing, right? You can’t please everybody.

Some people love Stephen King, other people hate him.

Some people adore Jane Austen, while others, like myself, would rather be beaten with an old Nintendo Power magazine than read her books.

A large part of my success is due to the fact that I overcame my fear of rejection. If someone doesn’t like me, I simply move one without a second thought.

The faster I move on, the faster I find someone who really loves my writing style and method.

George Orwell’s Animal Farm was rejected with the comment, “It’s impossible to sell animal stories in the USA.”

[bctt tweet=”The key to success as a freelance writer is overcoming your fear of rejection.”]

Most people think writing is pure art. Writers peck away at our keyboards while sipping on green tea in our brightly lit loft apartments.

This is complete and total nonsense.

Writing is just as much business as it is art, and business always involves some conflict. If you don’t have the stomach for conflict, you should probably choose another profession.

If you’re going to make it as a freelance writer, you absolutely must overcome fear of conflict. You’ve got be able to wheel and deal. To even fight, sometimes.

Why? Because even with the best clients, freelancing always involves negotiating. You’ve got to negotiate rates, deadlines and a thousand other little details that go into each project.

How do you overcome your fear of conflict?

By remembering your value.

You’re a not a temp who can be bought for a miniscule sum and treated like garbage. You’re a professional writer.

You bring significant value to anyone who wants to hire out your services. If they don’t want to pay you what you’re worth, you can find plenty of other work.

Holy crap, I write a lot!

I don’t work for a content mill. I’m not churning out articles for $15 a pop.

I just write a lot. Fast. Which is why my clients pay me well. I can turn around a lot high-quality material for them in a short period of time.

But with that amount of output, I’ve had to completely obliterate my fear of mistakes. Yes, I’m a writer, and as a writer, I create art.

But I can’t be a perfectionist about my art. I can’t obsess over a single word choice or spend hours sweating over a paragraph. And I can’t proofread 20 times before I send something off.

I’ve got to create quickly and effectively.

Inevitably, it at means I’ll make mistakes in my writing. At some point, “fat” will become “fart.”

But I’m OK with mistakes. I realize that might sound like heresy to some, but it’s something I’ve come to terms with. I will make mistakes. I am not perfect.

So how have I overcome my fear of mistakes?

It’s pretty simple. At the very beginning of every client interaction (in the negotiation stage), I make one thing very clear: I expect clear communication from both parties.

We keep clear lines of communication, which in turn allows me to deliver quickly and also be confident that they’ll alert me to any problems.

I’ve overcome my fear of mistakes by setting up clear boundaries in my client relationships.

As former President Franklin D. Roosevelt said, “The only thing to fear is fear itself.” This is rubbish. I can think of lots of other things to fear, like rodents of unusual size and a new One Direction album.

But fear of rejection, conflict and mistakes can quickly derail your freelance business and ruin your dream of living the writing life.

What have you done to overcome your freelance writing fears? 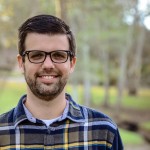 About the Author: Stephen Altrogge

Stephen Altrogge is a freelance writer based in Tallahassee, Florida. He writes about tech, inbound marketing, faith and lots of other things.