How Grammar-Savvy Are You? Take This Quiz to Find Out

You know you’ve got a knack for words, but being a strong writer doesn’t necessarily mean you’re a strong editor.

But who really cares if your writing has some mistakes here and there? Isn’t that what editors are for?

Poor grammar will stand in the way of your writing career whether you realize it or not. If you want to make a good first impression in your pitches and become a publication’s go-to writer, your writing needs to be nearly flawless.

It may have been a while since your last English class, so we created a short grammar quiz to put your editing skills to the test. Find out if you’re a grammar pro or if you could use some time brushing up on your editing skills.

Each of these sentences features one common grammar or punctuation mistake.

Give it your best shot, then scroll down to see how you did!

Feeling confident? Let’s see how you did!

Each correction appears in bold, followed by a brief explanation.

1. Local media are calling for the mayor’s immediate resignation following recent reports of his embezzlement scheme.

“Media” may sound singular, but it’s actually plural! (The singular form is “medium.”) This sentence represents a common error in subject-verb agreement.

2. It may be counterintuitive, but if your child is struggling with separation anxiety, quickly saying goodbye to her is the best short-term solution.

This sentence has a problem with pronoun-antecedent agreement. Because “child” is singular, it should take a singular pronoun like “he” or “she.”

AP has recently accepted the use of “their” as a singular pronoun in limited cases, such as when non-binary people prefer to be referred to with a gender-neutral pronoun, but in most instances, you’ll want to choose a singular pronoun or rephrase your sentence.

3. Without having her address, I had a hard time finding her house.

This sentence is a prime example of a dangling modifier. In the original sentence, the phrase “without having her address” is modifying the subject “it.” Except “it” isn’t referring to anything!

The corrected sentence clarifies who exactly was missing the address and struggling to find the house.

4. No one objects to the library’s closing more than I.

I’ll admit this is an ugly sentence that should be rephrased before being published anywhere. Ugly or not, “I” is the correct pronoun here because it’s the subject of the sentence, so it requires the subjective case (rather than the objective “me”).

Issues with case are some of the most common problems editors come across. The rules are confusing even for professional writers! If you’re having trouble, try flipping the sentence around: “I object to the library’s closing more than anyone.”

5. “Have you seen my book? I left it laying on the table last night, but now it’s gone.”

Is there any case of mistaken word identity more prevalent than lay/lie?

In short, “lie” means to recline, while “lay” means to put or place an object somewhere. To make matters even more confusing, “lie” becomes “lay” in past tense!

6. Your sister is still obsessed with Twilight—she showed up to the Halloween party wearing a blood-red dress and pointy vampire teeth.

Hyphens can be tricky little buggers. The general rule is to hyphenate compound modifiers before a noun but not after (“Her dress was blood red”). There are plenty of exceptions, though, so be sure to consult a dictionary and your preferred style guide if you’re in doubt!

7. My favorite Chinese restaurant doesn’t deliver. However, the one across town does.

This run-on sentence is trying to slide under your radar by using the word “however” to connect two independent clauses (clauses that could stand on their own as complete sentences). The only words with that power are called coordinating conjunctions: “for,” “and,” “nor,” “but,” “or,” “yet,” and “so.”

8. The editor-in-chief is retiring next May, meaning one of the senior editors is going to be up for the job.

9. My doctor recommended I get the flu shot in October only.

“Only” is the culprit behind many misplaced modifier errors. There are even more options for this sentence depending on what the writer meant:

Context is everything! When using modifiers like “only” or “just,” you can avoid confusion by placing them as close as possible to the word they’re modifying.

Many writers get in the habit of using commas where they’re not needed with conjunctions like “and” and “but.”

No comma is necessary if a dependent clause follows the conjunction (in other words, it couldn’t stand on its own as a full sentence).

Now that you know which tricky grammar errors to watch out for, make your writing even better with these 25 editing tips to tighten your copy!

How did you do? Let us know your results (and any other common editing errors we didn’t cover) in the comments. 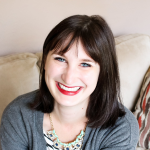 About the Author: Ashley Brooks

Ashley Brooks is the content marketer behind Brooks Editorial and a cohost of the Chasing Creative podcast. Her specialty is writing strategic, audience-focused blog posts that add value (not noise) to the online world. When her client work is done, she can be found working on her first novel.