Editor’s Note: Each year, nearly 500,000 writers all over the world dedicate themselves to completing NaNoWriMo, a month-long sprint to write 50,000 words. This year, author and first-time participant Lou Paduano will document his experience This is the final installment of his journey. Catch the first post, second post , third post and fourth post in the series.

It has been quite a month. NaNoWriMo is finally in the rearview mirror, and now comes the hefty task of taking the work completed to the next level. It is also a great time to reflect on the month as a whole.

Did everything line up the way you intended? Did you crush your goals or did you come up short?

If you’re like me, you are looking at the past month and are already taking steps to improve for next year’s challenge. While I hit my goal, there are plenty of areas for improvement in my process and the decisions made right from the start of National Novel Writing Month.

As my favorite diet commercials state, individual results may vary, but below are four areas I plan to focus on next year to crush my NaNo goal.

1. Writing at a slower pace

I front-loaded my month this NaNoWriMo, scheduling and drafting more than half of my novel, The Medusa Coin, in the first two weeks. There was a sound reason behind it: get ahead to avoid having to blitz at the finish line to meet my goal.

Fear of illnesses, massive blizzards (Snowvember – it’s an actual thing) and other mundane distractions also played a factor in this decision.

However, some of the work suffered for this decision. There were weaker moments in my outline I was unable to solve before the drafting phase because I was writing at a frenetic pace.

If I had taken the time and planned out my month more evenly, I would have had the chance to read through my notes more extensively and flesh out problem areas ahead of time.

Outlining worked well with my main leads and their struggles throughout the novel. Their arcs were fully formed and fleshed out well enough that I was able to build them up and sustain them throughout the draft.

New characters were another story.

Confession time: I made it to November 14 without writing a single word about the antagonist in my novel. Was this planned? No. He had a couple of nice, short chapters I had intended to crank out early in the first week. Every time I went to tackle them, I balked.

I had no idea who this guy was. I knew he was bat-$%#! crazy, to be sure (at least in terms of end goals). There were others things I had noted but, in my eyes, he was not fleshed out the way he should have been.

It took me two weeks of writing around this massive presence in the book to figure him out, completely by jotting notes in the background. I finally felt comfortable with his motivations, his voice, and his overall arc.

Character sheets written in advance, answering the big and small questions right off the bat, would have knocked out some of these issues. They definitely would have been helpful in figuring out how many people have green or brown eyes, straight or curly hair, gravelly voices and other finer details better known before the draft than after.

Yes, I fell into my own trap. Wiping away the distractions for the month was one of my main goals and I succeeded – to a degree.

Because this was not my first novel, I had to perform maintenance duties on my other projects, including reviewing the line edit from my editor, Kristen Hamilton, for my upcoming short story collection, Tales from Portents.

Had I planned things out better, there is no way I would have put this in the center of National Novel Writing Month. Who needs an extra headache?

Alas, there was no avoiding it this time around, but knowing a full year in advance that I will be participating again?I’ll definitely be scheduling things a little lighter.

Focusing on a single work is critical to a successful draft. You might be writing one chapter but its connection to the work as a whole is constantly working in the background. Mixing details with another project will cloud the manuscript and cause you editing woes down the line.

This was something I wanted to take part in but couldn’t this year due to a very tight schedule.

NaNoWriMo offers a fantastic community and forum for both drawing and giving inspiration to fellow writers working through their own manuscript.

Write-ins are a great opportunity to meet with local authors. It is also an easy way to change your writing space for a few hours and refresh your perspective.

(There is also the case for some personal grooming since you’ll be seen by the human race for the first time in a while.)

There are forums on NaNoWriMo’s site, allowing you to connect with the thousands upon thousands of participants.

This is not only useful to keep your motivation up during the month-long slog of drafting, but can also help if you require additional support in the form of research questions or the dreaded “plausibility factor.”

Feedback, no matter how early in the game, can improve the end result of your manuscript.

A final reflection on my first NaNoWriMo

This has been a tremendous experience.

I know, like a lot of you out there, writing is something we sneak away to accomplish. We tuck away the hours not being filled with “real” jobs, family and the million other things that fill up our days.

I’ve always imagined what writing full time would feel like…and it did not disappoint. Putting everything else aside and diving headlong into this challenge has been exhilarating. Finishing The Medusa Coin last week was an amazing feeling, but so was having the energy to keep writing.

I hope you feel the same. Finish that project and dive into the next. Keep writing. The world needs your voice.

Did you hit your goal this year? How can you improve your experience of NaNoWriMo for next year? Tell me in the comments below. 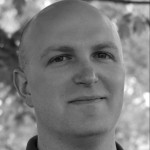 About the Author: Lou Paduano

Lou Paduano is the author of Signs of Portents, the first novel in the urban fantasy series, Greystone. You can find out more about him and his books on his website.