Instagram is well known for providing inspiration for travel, cooking, artwork, design, and plenty of other niches.

But it also offers lots of writing inspiration. From epic bookshelves, cats and dogs snuggling up to a good book, insightful literary quotes, or even just enticing images of a cup of coffee and a good book, every writer can find something to adore in their Instagram feed.

Check out these 10 sites for a dose of writing inspiration no matter your genre.

Regram from @greenhopping…thank you for making this lovely image! #bigmagic #soul #onward

The author of Eat, Pray, Love and recent release Big Magic is relatable not just through her soul-bearing writing, but also through the inspiration she dishes out on her Instagram account.

Subscribe to Gilbert’s feed to enjoy artsy designs, a variety of sayings and quotes, and updates on her upcoming book projects.

Twenty years ago today I finished my Wild hike on the PCT. On that day twenty years ago I knew I'd always carry with me the things I learned on the trail, but I didn't imagine that so many of you would some day carry them too. Thank you, wild hearts. I'm forever grateful.

Dubbing herself “Writer, mother, light-seeker,” Cheryl Strayed’s Instagram feed offers up selfies, images of her at speaking events, snaps of her books, images of her kitties, and even an opportunity to walk down memory lane with her.

She sometimes shares photos of her hiking the Pacific Crest Trail, which she later depicted in Wild.

Reposting an old shot to test-drive Instie's new border less feature: Dan Stone rappelling back to earth after our ascent of The Fang, a notoriously skinny, 130-foot icicle above East Vail that was first climbed in 1981 by Alex Lowe.

Outdoor-focused lit lovers will revel in Jon Krakauer’s Instagram stream, which will make you want to run outside and play. From images of people climbing a 130-foot icicle to gorgeous sunsets, mountain shots, and travel images, his stream will leave any outdoor writer inspired.

He notes as his tagline, “I write books for a living. Been toiling in the writing factory for more than 30 years. Not writing is way more fun.”

Will the world remember you?

If you’re seeking inspiration for both work and your overall life, check out Jeff Goins’s Instagram account. The best-selling author of The Art of Work tells inspirational tale after tale with quotes, sayings, and words of encouragement for any endeavor.

Instagram is no different from any other corner of the Internet: cats rule. And, as much as you like to read, cats like to read even more — if you to believe the photos on Cat Book Club’s feed.

If you love furry felines, it’s a great way to watch them cuddle up with a good book (and in some cases yawn or fall asleep on the book). This account will make you want to do nothing more than grab your cat and a novel and sit down for a spell.

You didn’t think we’d leave out dog fans, did you? After all, who can resist a photo of a cuddly pup snuggling up with a good book?

This feed contains images of dogs doing everything from reading by lamplight with a glass of wine nearby, to concentrating hard on reading the big words, to scanning an e-reader. These images will make the dog and book lover in all of us smile.

Kate Gavino creates drawings to illustrate quotes from New York City book readings. She draws the author, a quote, and the date of the reading together for a poignant package to encourage writers.

He didn't put down words, he put down a part of his soul. #ehfop #writing #passion #literature #Hemingway #quote #inspiration

The Ernest Hemingway Foundation maintains this Instagram feed full of favorite quotes and notable facts about the literary icon. You can also spot images of vintage copies of some of his works, along with short video clips about some of his stories.

We'll be at so many book festivals this summer! See you soon.

By now, everyone’s heard of National Novel Writing Month (NaNoWriMo). Following along with the organization’s official feed is a sure way to remind yourself that there are plenty of other writers also cranking along on their projects in November — and throughout the year, too!

This account has everything from travel photos to mugs of coffee and notebooks at the ready, to inspirational quotes, pets, passports and fun travel pictures. Jackie Johansen offers a world of inspiration for creative copywriters and beyond!

What Instagram accounts inspire you? Tell us about them in the comments! 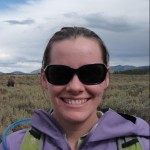