Becoming a journalist was a long-held dream of mine, and majoring in journalism when I started college was a no-brainer.

However, during my freshman year I realized reporting was not for me. While I considered switching to a new major, journalism taught me many lessons about both writing and life, and I’m glad I stuck with it. While I now focus more on marketing and PR and won’t be breaking the next presidential scandal, my experience in journalism school was invaluable in shaping me as a writer.

Considering attending a journalism program? Here are the top things I learned in J-school.

1.  The worst possible mistake is a factual error

At Northwestern’s Medill School, the “Medill F” is infamous — it even has its own Twitter account. Anytime a journalism student makes a factual error, he or she automatically fails the assignment.

Getting the facts straight is crucial. As a journalist (or marketer, communicator or advertiser), you’re only as good as your last story (or Tweet, blog post or press release). If you make mistakes when it comes to the facts, you’ll be sacrificing your reputation.

The Medill F taught me to review and fact-check my work a extra time before submitting it. It might take a little longer, but consistently providing high-quality, accurate work makes clients happy — and more likely to refer me to their contacts.

2. A strong knowledge of AP Style and grammar is invaluable

In the journalism industry, adherence to Associated Press (AP) Style reaches religious levels, and the AP Stylebook is basically a journalist’s holy book. Because of this fervor, journalism school subjected me to class after class of grueling style and grammar training, but I wouldn’t take back one second.

Think writing AM instead of a.m. won’t make a difference? Think again — unless you’re referencing the radio frequency. A firm knowledge of the rules of writing helps professional writers differentiate themselves from the amateurs and impress clients. Study, practice and hone your skills.

While different clients will require you to follow different style guides (such as MLA, Chicago, APA or an in-house guide), understanding and sticking to their preferred guide demonstrates your attention to detail — and that helps you stand out as a writer to re-hire.

3.  Journalists are people too, and people make mistakes

Factual errors are considered unforgivable sins by some (see “Medill F”), but other journalistic errors are excusable at times. Once, I recorded a great interview on my camera — only to discover that its memory card was full. Another time, my dog actually ate my interview notes.

While it may be horribly embarrassing to have to ask a source to repeat an interview, more often than not, people are understanding and accommodating. Messing up once in a while is not the end of the world and it doesn’t mean you’re a failure. (Just make sure you learn from your mistakes so you don’t repeat them!)

4.  Journalism is not for the timid, awkward or fearful

Journalists are notorious for being nosy, pushy and relentless, but this is how some of the best stories are told. As a measly freshman who’d get nervous interviewing his own mom, I learned quickly that the best stories take some nudging (and sometimes, a little bravado).

For one project, I chronicled the start of the season for Northwestern’s successful women’s lacrosse team. I wanted footage of a certain early morning boxing workout, but video equipment was not officially allowed into the gym. Regardless, I went to the practice and confidently set up my equipment, though I was nervous. While the gym owner was displeased and clearly wished I wasn’t there, I explained I was capturing footage for a school project and would be out of the way within a few hours. He let me stay. At times, breaking the rules pays off.

When a source is slow to respond or flat-out rude, persistence is the key to getting that dream interview. Be friendly and gracious, but follow up consistently to pursue the conversation or information you need.

5.  The human connection is paramount

Sometimes journalists (and freelance writers) spend hours crafting the perfect set of interview questions only to have them dashed minutes into the interview. Though it may feel like you just wasted your time, you’ve actually stumbled onto something more valuable.

When you truly connect with someone you’re talking to and the conversation takes on a life of its own, that person becomes more than an interview source. After all, the point of journalism is to tell a story, and the best way to do so is to get lost in a conversation.

During my junior year, I planned to do a story about senior citizens and the holiday season. I talked to my first sources during Thanksgiving break, and while we started talking about the holidays, the attack on Pearl Harbor came up because that too was toward the end of the year — and I quickly realized that year would be the 70th anniversary.

Our conversation turned from the holidays to memories of Pearl Harbor and what life was like at the time, as well as what my sources learned from the event and how they thought times had changed. Had I stuck to my original plan, I would have missed an incredible opportunity to tell a great story.

Have you attended or considered attending journalism school? What were your most important lessons? What do you wish you had learned? 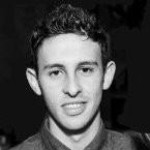 About the Author: Tanner Nemkov

Tanner Nemkov is a recent graduate from Northwestern University’s journalism school. He loves writing, the Olympics and pretending to be an adult.