Do you agonize for hours over character names?

OK, you might never completely quit agonizing, but these five easy tricks can help you get better at coming up with more names you like — and doing it faster.

I love this thing!

Just choose your character’s gender and whether you want a common, average, or rare name, and check out what you get.

A few examples fresh from the Random Name Generator:

Fawn Spicer: Could a steampunk airship pirate who flies the world with her trusty crew, consisting of Mad Max the one-eyed clockwork man, Bowie the half-parrot boy, and Frida Malark, a shapeshifter trained in the Lost Arts of Wildness who doesn’t talk much but helps run the ship with an iron fist … literally.

Or what about Illuminada Lo? Sounds like a queen of an ancient lost civilization who lives in an ice palace deep under the ground, but she’s been kidnapped by an evil warlord who wants her to breed children for him. Maybe Fawn should come rescue her.

Phew. Totally just made all that up based on a couple of names. I would use those. I will use those.

2. Make use of ancient civilizations

YA fantasy writer Ysabeau Wilce set her Flora Segunda series in the Republic of Califa, a magic- and Aztec-influenced version of California in the 19th Century — think Gold Rush. Many of the names, especially of the villains, reflect Aztec naming conventions.

It gives the world a particular flair and atmosphere of mystery. Think of the geography and history of your story when you’re looking for naming inspiration.

3. Be creative with nicknames

Give your characters silly monikers that either are nicknames or sound like them. Some of my favorites:

Trinica Dracken. How’s that for a villain-slash-love interest? She’s from Christopher Wooding’s Tales of the Ketty Jay series. With all those hard-hitting dental consonants, you can feel what a tough soul she is. But all might not be quite as it seems.

Or what about Rath Roiben Rye from Holly Black’s Ironside faerie series? He’s a platinum-haired dark-fey elf with cheekbones that could cut glass. But you didn’t need me to tell you that, did you? It’s all in the name.

When you hear a unique name, write it down. My list includes: Chiara Peacock, Puck Steenbergen, Captain F. S. Brereton (he was actually an author), and Fenton Ash (the pseudonym of a late 19th-century author).

You can use the names straight from the list, but you can also ask yourself what you like about them to get a better sense of how you want your character’s names to sound.

I like unique names, and I have a thing about rhythm — names with alternating number of syllables often catch my notice (two syllables for the first name, then one for the last; or three syllables followed by two). I also like names that give a sense of personality, that indicate whether this person is likely to be a stodgy old military feller or a cyber-adventurer.

What other tips and tricks do you use to name your characters? What are some of your favorite character names? 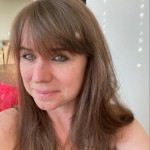 About the Author: Rachael Ann Mare

Rachael Ann Mare is a writer who helps creators stay motivated. At her blog, SpunkyMisfitGirl.com, you can download her free e-book for tips and tricks on living a more inspired life.