Take a moment, close your eyes, and recall a story that truly engaged you as a reader — one whose world and characters became completely real for you. Got one?

Now, take off your reader hat and don your analytical writer hat to think about what makes that story so captivating. What writing techniques did the author use to bring the story to life? Was it the wrenching appeal to your emotions, the vivid and brutal action scenes, or the high stakes facing a character? Mastering these and other storytelling methods is the key to writing your own engaging tale.

Here are five great examples of writing techniques that bring the story to life for readers, as demonstrated by five accomplished writers.

When you experience a situation, you pick up more than just its sights. By describing sounds, scents, tastes and sensations, you’ll immerse readers in your story’s world.

The following scene from Saladin Ahmed’s “Hooves and the Hovel of Abdel Jameela” does a wonderful job of pulling the reader into the story by using senses other than sight.

Her voice is more beautiful than any woman’s. And there is the powerful smell of jasmine and clove. A nightingale sings perfumed words at me while my mind’s eye burns with horrors that would make the Almighty turn away.

If fear did not hold your tongue, you would ask what I am. Men have called my people by many names—ghoul, demon. Does a word matter so very much? What I am, learned one, is Abdel Jameela’s wife.

For long moments I don’t speak. If I don’t speak, this nightmare will end. I will wake in Baghdad, or Beit Zujaaj. But I don’t wake.

She speaks again, and I cover my ears, though the sound is beauty itself.

The words you hear come not from my mouth, and you do not hear them with your ears. I ask you to listen with your mind and your heart. We will die, my husband and I, if you will not lend us your skill. Have you, learned one, never needed to be something other that what you are?

Cinnamon scent and the sound of an oasis wind come to me.

Readers want characters with whom they can sympathize (Harry Potter) or revile (Tywin Lannister) — or both. They want to get to know the characters and learn more about their experiences in the story.

In the following excerpt from “The Children of the Shark God,” Peter S. Beagle introduces us to the protagonist quickly, but in a way that makes us care about what happens to her.

Mirali’s parents were already aging when she was born, and had long since given up the hope of ever having a child — indeed, her name meant “the long-desired one.” Her father had been crippled when the mast of his boat snapped during a storm and crushed his leg, falling on him, and if it had not been for their daughter the old couple’s lives would have been hard indeed. Mirali could not go out with the fishing fleet herself, of course — as she greatly wished to do, having loved the sea from her earliest memory — but she did every kind of work for any number of island families, whether cleaning houses, marketing, minding young children, or even assisting the midwife when a birthing was difficult or there were simply too many babies coming at the same time. She was equally known as a seamstress, and also as a cook for special feasts; nor was there anyone who could mend a pandanus-leaf thatching as quickly as she, though this is generally man’s work. No drop of rain ever penetrated any pandanus roof that came under Mirali’s hands.

Nor did she complain of her labors, for she was very proud of being able to care for her mother and father as a son would have done. Because of this, she was much admired and respected in the village, and young men came courting just as though she were a great beauty. Which she was not, being small and somewhat square-made, with straight brows — considered unlucky by most — and hips that gave no promise of a large family. But she had kind eyes, deep-set under those regrettable brows, and hair as black and thick as that of any woman on the island. Many, indeed, envied her; but of that Mirali knew nothing. She had no time for envy herself, nor for young men, either.

As authors, we must give readers insight into what makes our protagonists tick. What motivates them? What are their aspirations? Inthis passage, we learn that Mirali, while not conventionally beautiful, is a kind soul who works hard for her parents and is appreciated by her community. And the key? We quickly start to become invested in what happens to her.

In this scene from “Frost Child” by Gillian Philip, it takes the reader a moment to realize what the child witch is feeding her newly-tamed water horse — and that moment allows the strong emotion of horror to set in.

“He’s very beautiful,” I smiled. “Make sure he’s fully tame before you bring him near the dun.”

“Of course I will. Thank you, Griogair!” She bent her head to the kelpie again, crooning, and reached for her pouch, drawing out a small chunk of meat. The creature shifted its head to take it delicately from her hand, gulping it down before taking her second offering. She stroked it as she fed it, caressing its cheekbone, its neck, its gills.

I don’t know why the first shiver of cold certainty rippled across my skin; perhaps it was her contentment, the utter obliteration of her grief; perhaps it was the realisation that she and her little bow had graduated to bigger game. The chunks of flesh she fed it were torn from something far larger than a pigeon, and as the kelpie nickered, peeling back its upper lip to sniff for more treats, I saw tiny threads of woven fabric caught on its canine teeth.

By revealing a previously undetected detail that helps readers understand the implications, the author causes them to wince and recoil — and wonder what happens next. Of course, we have many emotion-evoking arrows in our writing quivers — humor, love, determination, anger, and so on. These strong emotions keep the reader engrossed in the story and curious about the characters’ futures.

The voice chosen by the author has a profound impact in how readers interpret the story and view the characters. In the following excerpt from “The Adventures of Lightning Merriemouse-Jones” by Nancy and Belle Holder, the voice and sentence length quickly convey the time period and lighter tone of this comic horror story.

To begin at the beginning:

That would be instructive, but rather dull; and so we will tell you, Gentle Reader, that the intrepid Miss Merriemouse-Jones was born in 1880, a wee pup to parents who had no idea that she was destined for greatness. Protective and loving, they encouraged her to find her happiness in the environs of home — running the squeaky wheel in the nursery cage, gnawing upon whatever might sharpen her pearlescent teeth, and wrinkling her tiny pink nose most adorably when vexed.

During her girlhood, Lightning was seldom vexed. She lived agreeably in her parents’ well-appointed and fashionable abode, a hole in the wall located in the chamber of the human daughter of the house, one Maria Louisa Summerfield, whose mother was a tempestuous Spanish painter of some repute, and whose father owned a bank.

The longer sentences, combined with the choice of words like “environs,” “pearlescent,” “vexed,” “abode,” and “repute,” place the reader in a Victorian setting even without the reference to 1880. The narrator’s voice also clearly sets a tone of felicity and humor.

Just as the narrator has a distinct voice, characters should have their own unique voices to help readers distinguish one from another and to convey aspects of their personalities.V oice is a terrific tool to help readers get to know and appreciate your characters.

5. Pull the reader into the action

Of course, interesting characters and engaging dialog are important, but writing gripping action scenes is a skill all its own. Jim Butcher has mastered this skill, as shown in this excerpt from “Even Hand”:

The fomor’s creatures exploded into the hallway on a storm of frenzied roars. I couldn’t make out many details. They seemed to have been put together on the chassis of a gorilla. Their heads were squashed, ugly-looking things, with wide-gaping mouths full of shark-like teeth. The sounds they made were deep, with a frenzied edge of madness, and they piled into the corridor in a wave of massive muscle.

The creatures lurched as they moved, like cheap toys that had not been assembled properly, but they were fast, for all of that. More and more of them flooded into the hallway, and their charge was gaining mass and momentum.

Hendricks grunted. There were no words in it, but he meant, I know.

The wave of fomorian beings got close enough that I could see the patches of mold clumping their fur, and tendrils of mildew growing upon their exposed skin.

Hendricks and I opened up.

The new military AA-12 automatic shotguns are not the hunting weapons I first handled in my patriotically delusional youth. They are fully automatic weapons with large circular drums that rather resembled the old Tommy guns made iconic by my business predecessors in Chicago.

One pulls the trigger and shell after shell slams through the weapon. A steel target hit by bursts from an AA-12 very rapidly comes to resemble a screen door.

And we had two of them.

The slaughter was indescribable. It swept like a great broom down that hallway, tearing and shredding flesh, splattering blood on the walls and painting them most of the way to the ceiling. Behind me, Gard stood ready with a heavy-caliber big-game rifle, calmly gunning down any creature that seemed to be reluctant to die before it could reach our defensive point. We piled the bodies so deep that the corpses formed a barrier to our weapons.

A well-written action scene thrusts the reader smack into the middle of the story. It’s another way to evoke emotion and empathy for characters.

Though the protagonist in this story is actually a crime lord — not a character many of us would normally root for — you’re on his side, aren’t you? The writer’s skillful action writing has you imagining yourself behind the defensive barrier, wielding a shotgun, and praying the torrent of lead will prevent the demonic onslaught from reaching you.

Readers want to be taken on a journey to another place and time, with characters they care about and whose company they enjoy. Help your readers feel like they have a stake in your story’s outcome by using these writing techniques to bring your characters and settings to life.

If you enjoyed these excerpts, find the full stories in the new dark fantasy anthology Beyond the Pale.

As a writer, which books or authors do you read specifically to learn from their techniques and writing skills? 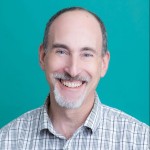 About the Author: Henry Herz

Henry writes sci-fi and fantasy books for kids. He’s a SCBWI member, and he interviews KidLit and SpecFic writers on his blog at www.henryherz.com.