Nothing stops a reader in his tracks as quickly as a poorly worded headline, sentence or paragraph. Think about it: if the title or first few lines of a post are awkward or incorrect, do you continue reading or move on to another option?

Quality writing demonstrates that you take your work seriously and want to be perceived as credible and professional. Even the most valuable content will be dismissed if it’s riddled with errors.

Brush up on these six common grammar mistakes so you can avoid them and keep your readers’ attention where it belongs: on the information you have to share.

Including an overabundance of pronouns in a single sentence may confuse your readers: Who is doing the action? Who said that? For clarity, begin a paragraph or a sentence with the name of the character you are writing about, then use pronouns to refer back to that person.

Example: Here’s a sentence that uses too many pronouns, making the meaning unclear: “He went there to do that, but she didn’t know where he was.”

Generally, an apostrophe is used to indicate possession — not plural — and to mark missing letters in contractions (for example: you are = you’re). Many writers use apostrophes incorrectly when denoting plurals. Take some time to get familiar with the correct use of apostrophes so you don’t fall into this trap.

Writers often misuse commas. They’re meant to let the reader know to take a pause before moving on. Some writers use too many commas, and some don’t use enough, so do your best to be consistent with your usage.

As you’re writing, scan your sentences to see if you have two sentences strung together with a comma. Can the sentences stand alone? If so, split them up or use a semi-colon.

Example: This situation is known as a comma splice: “I went to bed late last night, I couldn’t stop watching a movie on TV.” This could be better said in any of the following ways:

As you read books and well-edited blogs, take note of comma use. You can learn a lot from reading professional work.

Many writers take it upon themselves to capitalize anything they want, and other writers may not capitalize anything at all. This rule is one of the more flexible ones on this list, since capitalization is often used for emphasis. However, according to grammar rules, only capitalize proper nouns such as the name of a person, place or business.

A fragment is an incomplete sentence, and many writers are unaware they include these sentence fragments in their writing. If you’re writing informally on a personal blog, you may consciously choose to use fragments. However, in more formal writing or on assignment, make sure to replace them with full sentences.

Have you ever written an article, then checked the word count and found you’ve fallen short? Perhaps you have to add 200 words in order to meet your goal, so you throw in some fluff.

Wordiness means including extra words or phrases simply for the sake of word count — or that you’re just long-winded. While not strictly a grammar infraction, wordiness affects the structure and composition of your writing, taking away from its quality. Do your best to keep your writing succinct for clear communication.

Example: “Due to the fact that access to internet resources are actually at the present time very easy to access in many places, the vast majority of users seek to have those kinds of devices that are most easy to carry around with them wherever they go.” (46 words)

What grammar mistakes do you see your fellow writers making?

Photo by Jason Rosenberg on Flickr under Creative Commons 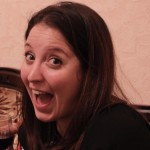 About the Author: Allison VanNest

A self-proclaimed word nerd, Allison VanNest works with Grammarly to help perfect written English. Connect with Allie, the Grammarly team and more than ONE MILLION fans at www.facebook.com/grammarly.