Having writer’s block means something different to every writer. For some, writer’s block is just procrastination. For others, it’s a lack of ideas or inspiration.

What’s true for all writers is that writer’s block can be difficult to overcome.

Difficult, but not impossible.

By identifying the type of writer’s block you’re facing, you’ll be able to take the necessary steps to get unblocked once and for all.

1. You’re facing too much pressure

Maybe you’re turning a molehill into a mountain. If you feel like the weight of the world is on your shoulders when you sit down to write, it can be hard to get anything on paper.

Be it a deadline, a nagging agent, or a previous success, it’s possible that you feel like David fighting your Goliath of a project.

Solution: Cut yourself some slack.

When you’re facing too much pressure, cut yourself some slack. Although you can’t move a deadline or hide from your agent (well, you can, but you shouldn’t!), you can take breaks.

For the sake of your writing, sometimes you actually have to step away from the keyboard. It may seem counterintuitive, but taking care of yourself, both mentally and physically, is important for staying productive.

Without maintaining the vessel that is the writer, writing is impossible.

Alternately, it’s possible that you aren’t facing any pressure, internally or externally.

When you’re unmotivated, writing anything seems like an impossible task.

Whether it’s setting a deadline, making a promise to someone, or participating in a challenge like this one through Scribendi, setting up an external motivating factor is sure to cure your writer’s block.

If external motivation doesn’t work, get introspective: what is your goal, whether short or long-term? Big or small? Consider writing it down and posting it nearby as a reminder.

3. You’re being too hard on yourself

Most writers are critical of themselves.

There’s an editor in all of us. We’re afraid to fail, both ourselves and to our readers. In a cycle of self-doubt, it’s difficult to remain creative.

For many writers, writing becomes a chore when they’re too hard on themselves.

Solution: Make something for yourself.

To stop being so hard on yourself, you have to block out thoughts about how your readers might react to your work, and just focus on the writing.

4. You aren’t making writing a priority

When you live a busy life with a long list of things to do (and not a lot of time), it’s easy to lean on writer’s block as an excuse. You might think you’re unable to write because inspiration just hasn’t struck yet.

I have news for you: Inspiration is a myth.

Solution: Force writing into your schedule.

In this busy world, you have to fight for your right to write. Writing should be at the top of your to-do list. By making writing a priority, you lose the excuse of waiting for inspiration to strike.

Writer’s block simply isn’t allowed! You have to sit down and put something on the page.

5. You just don’t have any ideas

Often, writers explain writer’s block as a lack of ideas. Every writer is familiar with the scenario of staring down a blank page and waiting and waiting and . . . nothing. Now what?

If the well has run dry, then you have to drill deeper to uncover new sources of inspiration.

Make sure you’re reading at least as much as you’re writing. Consider attending writing groups, book clubs, or poetry readings. If those aren’t accessible, you can brainstorm in online forums or try a few writing prompts.

Writer’s block is such a scary feeling, right? At times, writers make common problems — such as fear of failure and a lack of ideas — into huge problems.

When a problem looks so gigantic, it feels impossible to solve, and it’s easy to give up.

In the end, writing is just writing. It’s as simple as putting one word after another. While it is difficult to write well, writer’s block is often an excuse to not write anything at all. When it feels like you can’t write, there’s usually another problem at work. The only way to overcome writer’s block is simply to write anyway.

Break writing into the tiniest, most manageable chunks.

Write three words. Write for seven seconds. Then, work your way up.

You’ll be unblocked in no time.

Which one of these causes of writer’s block sounds most like you? 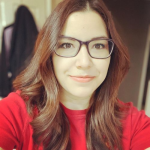 About the Author: Jes Gonzalez

Jes is a magician and a mechanic; that is to say, she creates pieces of writing from thin air to share as a writer, and she cleans up the rust and grease of other pieces of writing as an editor at Scribendi.com. She knows there's always something valuable to be pulled out of a blank page or something shiny to be uncovered in one that needs a little polishing.