7 Comedy-Writing Techniques Nonfiction Writers Can Use

Most essayists and memoirists know the struggle of generating new material, but most don’t go on stage to share it.

Stand-up comedy is its own art form, but there are so many lessons to be learned from those who do this kind of performative and creative writing. Whether it’s how to write, where to write, or how to edit, so much of how comedians work also applies to how those who write essays and other nonfiction styles work.

Here are seven things nonfiction writers can learn from the world of stand-up comedy.

1. Find a system that works for you

“A couple hours will go into actual pen-and-paper writing, my most portable way to do it,” said Caitlin Weierhauser, a comedian living in Portland, Oregon. “I have such severe ADD I found that writing on my laptop was mostly surfing twitter and Facebook. With pen and paper, I have that immediate ability to reference back to stuff.”

For a weekly show, Weierhauser spends a couple of hours preparing material, but those hours are scattered. She keeps two notebooks: a smaller one containing setlists, and a larger one for longform writing and assembling material.

A physical notebook seems to be common for those in stand up.

“My notebook looks like a crazy person’s diary,” said Laura Sanders, a New Orleans-based comedian. “It’s half setlists where I work on order and make a playlist for a set. A lot of pages are quick ideas I never get back to. Some look like paragraphs you can read and see a complete thought. Other parts are lists, joke ideas. Segments. Some of it I’ll see later and say, oh that’s not funny at all.”

Curtis Cook, a comedian who recently moved to L.A., has been doing comedy for six years and keeps color-coded notes to himself in his: “If it’s blue, it’s word-for-word [what I’ll say on stage. If it’s black, it’s an idea. If it’s orange, it’s stream-of-consciousness.”

“Make the barrier to entry as low as possible,” Falcone suggested. “Make a list you can look at later. I use Evernote to create ideas, a separate notebook for jokes I move a joke over to its own note. And then I use Google Docs for larger and longer projects.”

He also combines these tools, linking to Google Docs within Evernote.

“I like systems,” said Falcone. “It’s sort of procrastinating, but it’s still helpful. You can reorganize them and still feel like you’re working.”

“The optimistic goal of writing every single day,” said Falcone. “As a practical matter, it’s probably writing jokes three or four times a week. I also write a bunch of other things, so often making time for just stand up goes on top of writing a column or a radio piece.”

Still, Falcone said, the more he writes, the easier the process gets.

“Everything evolves a lot,” he said. “When you’re doing a lot of it, like any muscle, it’s easier to do some more. Your brain creates more ideas when you’re performing more.”

Make frequent writing easy by always having the means to do so anywhere.

“I just always keep my notebook with me,” said Sanders. “It comes in minute or two-minute intervals. I want to tell you it’s so much more time than it is. Sometimes it’s when I’m sitting and watching another comic.”

Just like other writers, comics’ preferred places to write can vary.

“I usually write at my house and very rarely go to a coffee shop.” said Cook. “Sometimes I want to pay attention to other performers at open mics so I will do a lot of writing there, too.”

“When I do sit down and write, it’s a lot of sitting with my notebook in a coffee shop and reading the news to see if it brings anything,” said Sanders. “A lot of jokes come from hanging out with people. Writing is a lot more interactive for me.”

“I’m a big coffee-shop fan,” said Falcone. “I’m much more productive there since there are fewer distractions than at home.”

Falcone said he tries to block off an hour or two first thing in the morning at a coffee shop. He usually starts by going through tapes from the last couple days’ shows and finding edits to make.

“Then I’ll go through five jokes that aren’t doing what I want,” he said. “Then I go through new jokes, or notes I wrote in my phone. I’ll see if any of those want to become a joke today.”

That series of steps usually takes about an hour and a half, Falcone said, adding that it’s equally important to get new material and get in front of an audience quickly.

“What you’re writing gets worse the more you write if you’re never taking it outside,” he said. “If the audience doesn’t like the premise, it’s done from the get go. You gotta take it out in front of an audience.”

4. Give yourself a writing prompt

Weierhauser emphasized the importance of using writing prompts to get ideas moving.

“If you ask me to recall a funny story, I will think that nothing funny has ever happened in my whole life,” she said. “But if I put a filter on top of it and can be like, think about weird or funny things that have happened in regards to ‘X.’ Then it’s easier to parse through that stuff. It’s like a writing prompt. Then I’ll apply my comedic voice to that. Through rewrites, you can go back and cut out details that don’t really matter, or make an elaboration.”

“My favorite jokes have been exposing myself to things that aren’t stand-up and trying it,” she said. “Comedians say ‘yes’ to weird opportunities. There’s situations where you’re like, I’m gonna expose myself to a lot of stimuli and that’s gonna kickstart my creative process.”

5. Allow for free writing and brainstorming

Just get something down, these comedians insisted.

“Make it really easy to write down bad ideas,” said Falcone. “My philosophy is, if I think of anything, it’s going to go somewhere. It might be a joke that turns into a radio piece. It’ll find a place where it can live. I’m always afraid it’ll be the last idea I ever have.”

“That’s the way I wrote a bit for [a radio show],” she said. “I wanted to pitch an idea about ‘lady weapons’ to give commentary on this completely unnecessary gendering of products. So I listed all the things I could think of, in rapid fire, that I identified with women or womanhood. Then in another column I wrote all the weaponry I could think of. Then I found ways to connect them, and that’s how you end up with nun chucks – for nuns.”

If anything, just write something short to show your efforts. When new jokes aren’t happening, find other outlets for your creativity, said Falcone.

“If I don’t feel like writing new jokes, I can work on a script instead,” he said. “As long as I’m working on something, that’s fine. I have other projects, and every idea has to go into something. These are puzzle pieces.”

6. Listen to yourself: Use audio to your advantage

Many comics listen to recent performances to inspire a new writing session.

“I’ll bring my notebook out onto the back porch and listen and take notes of those sets and things I liked, things I hadn’t organically written down or maybe delivered a different way,” said Weierhauser. “I’ll star them or slash them in my notebook.”

Sanders said she tries to record every set and make notes later.

“You can feel audience reactions when you’re performing,” she said. “But what’s useful is your [editing] after the fact. The first draft always sucks. I can listen to other comics and suggest tags for them when they get off-stage. But I can’t do that for myself. Listening to a recording helps me come at my work as an outsider.”

She added that listening can help her generate better, funnier word choices.

“It’s the difference between having an ordinary joke, and making it so well done,” Sanders said. “The first time I tell a joke, it never has those beautiful words in it. Later I can ask myself, is there a better verb I could be using?”

It helps with rhythm, too.

“I’ll have a very dedicated rhythm but when you listen back you realize you can punch up the volume at parts or vary the pace,” Sanders said.

Maybe not all essayists wish to record themselves reading their work, but reading and re-reading can only help.

“I don’t like to record, so I take a lot of notes at the end,” said Cook, adding that good editing decisions come from these notes.

7. For motivation? Use deadlines, or let yourself work on other things first

“All my motivational tricks involve shame and embarrassment,” said Sanders. “I liked having a group where we challenged each other to have 15 new minutes of material each month. I’m very deadline oriented.”

Cook suggested working first on what you’re most excited about at any given time.

“When I’m writing something specific, I am already excited and motivated,” he said. “But if nothing’s been going on, I feel a pressure to write.”

Falcone recommended visiting a list of bad ideas and digging into it to make something good.

“A blinking cursor is the worst,” he said. “That’s when I’ll go to my notes. I’ll take my bad ideas, or edit stuff and expand on it. I have a list of things I should someday write about, for when I’m not feeling great.”

There are no bad ideas, Falcone said.

“When I teach writing, I tell people to keep a list called ‘No Bad Ideas, I’m Brainstorming,’” he said. “At some point, you’ll go back to your list and something there will be useful.”

Some final words of advice

“Divorce your ego from your writing,” said Weierhauser. “Be as objective as possible. Ask yourself, is this funny to listen to? Is this entertaining?”

“Be around people, and not always around comedy,” said Sanders. “A lot of times, I’ll get in a wormhole of only reading books about comedy. Instead, I’ll watch a new documentary about bullfighting/rodeo. You can learn about comedy all day, but it’s important to read things that are just good writing. Go see shows that aren’t just stand up. Aim your work toward a general audience.”

What’s your writing style? Have you ever tried writing comedy? 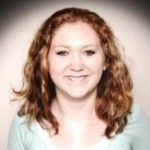