Over the past few years, some people have said the ebook market is taking a turn for the worse. A few major industry reports — like this one from BookStats — have even suggested ebook sales are flattening out or even declining.

But the January 2015 Author Earnings Report paints a different picture, suggesting self-published books are not only alive and well, but a smart choice for many writers. Some authors prefer the term “indie” to distinguish their professionally edited work from the stigma of low-quality self-published books, but the report uses the terms interchangeably.

The team behind Author Earnings, writer Hugh Howey and his anonymous partner Data Guy, have collected a lot of raw information — and we sorted through it so you don’t have to. These two findings struck us as particularly relevant for today’s writers:

1. Thirty percent of ebooks purchased in the U.S. do not use ISBN numbers

Sounds like an innocuous statistic, right? In reality, this matters for ebook authors, and here’s why.

When it comes to traditional industry information about books, International Standard Book Numbers (ISBNs for short) are key.

That’s because large industry surveys — like those done by BookStats, StatShot and PubTrack — rely on ISBN numbers to track books. If a book doesn’t have an ISBN number, it’s not included.

BookStats, StatShot and PubTrack all publically acknowledge that they don’t track books without ISBNs, which means independently published books may be underrepresented in their data. However, all three companies also seem pretty confident they aren’t missing substantial numbers of books by not including those without ISBNs.

But the Author Earnings data challenges this assumption: if almost one-third of ebooks don’t have an ISBN, that’s a lot of books flying under the radar.

So what does this all mean for authors?

If you include the 30 percent of ebooks without ISBNs, ebook sales may very well be growing, rather than plateauing or plummeting.

Author Earnings suggests “what [we] are actually observing is a progressive shift of ebook market share away from the traditionally-published ‘visible’ portion of the industry that uses ISBNs… and toward the invisible ‘shadow industry’ of ISBN-less self-published ebooks.”

“A lot of indie authors thought there was some vast official conspiracy of silence in publishing to ignore the vast indie market share,” Data Guy writes in the report. “Turns out the answer was much simpler — and far more believable: bad data industry-wide, because of one bad assumption about ISBN usage.”

2. Forty percent of all dollars earned by authors from ebooks on Amazon.com, with or without ISBNs, are from sales of independently published ebooks

Under conventional wisdom, authors with the Big Five traditional publishing houses — that’s Penguin Random House, HarperCollins, Hachette, Macmillan, and Simon & Schuster — are bringing home the most earnings from their ebooks.

But according to the AuthorEarnings report, sometime between May and July of last year:

“Indie-published authors as a cohort began taking home the lion’s share of all ebook author earnings generated on Amazon.com, while authors published by all of the Big Five publishers combined slipped into second place.”

Based on this data, it looks like self-published ebook earnings are growing — a good sign for indie authors everywhere.

Here’s the crucial distinction: We’re not talking about gross sales revenue from ebooks, but about the amount of money authors are earning. That’s why indie authors are coming out ahead: They earn a larger royalty from each self-published ebook they sell on Amazon (70%) than traditionally published authors earn from their Big Five-published books (25%, according to the report).

In fact, indie authors earn a median annual writing income of between $500 and $999, well below the $3,000 to $4,999 reported for traditionally published authors, according to a recent Digital Book World survey. (In an interesting twist, the survey also discovered that independent authors were most satisfied with their publishing experience, even when they earned less.)

Regardless, the fact that 40 percent of author earnings from ebooks on Amazon.com come from indie ebooks does suggest that self-publishing is as viable or more so than it was a year ago.

How reliable is this good news?

Author Earning’s January 2015 report is just one of several studies released over the past year by Hugh Howey and Data Guy. The reports, which all share the same methodology, have garnered both praise and blowback in the publishing community.

Many indie writers have welcomed the report — expressing that it lines up with their personal experiences and provides a sense of validation.

“The data … gives me a sense of empowerment,” writer John Brown told Econtent magazine in response to a previous report. “It’s not the only source for this feeling, but the data helps me feel like I’m part of a group. I’m on the map. Indie isn’t just some back alley choice.

“Seeing the numbers also gives me hope because it isn’t just a handful of indie authors doing well. I know the odds are still exceedingly long, but they’re not as long as I thought.”

At the other end of the spectrum, some criticisms have been extreme — publishing veteran Mike Shatzkin wrote the first Author Earnings report was “toxic to consume.” However, most critiques are less harsh.

For example, one issue with the Author Earnings data is it’s all from Amazon.com. Amazon was chosen because it’s the largest book retailer in the world, but it’s still only a piece of the ebook pie. AuthorEarnings recognizes that drawback, stating that their report is “limited in that it’s looking only at Amazon…but we acknowledge and state this limitation, and we plan on releasing broader reports in the future.”

The potential biases of the reports’ authors have also been questioned.

Data Guy is also a writer who does data analysis in the video game industry. Why remain anonymous? He says it’s because when he first began working on these reports, “one of the top mystery/thriller imprints was making unsolicited offers to re-publish my debut novel, so it made sense to be anonymous then.”

Some critics have expressed concern that his anonymity makes him a less reliable source. Data Guy has a different take: “It keeps the discussion focused on the data itself, and encourages authors to think for themselves and fact check, instead of believing me because I’m a proven ‘expert,’” he explains. “Blindly believing what ‘publishing experts’ say is a big part of the reason authors have traditionally ended up with so little recompense for the fruit of their labors.”

True to Data Guy’s word, Author Earnings has been 100 percent transparent around their information: all their raw data is available for free download, so you can crunch the numbers for yourself.

What do you think? In light of this new data, would you consider self-publishing? 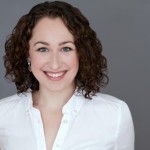 About the Author: Annie Rose Favreau

Annie Rose Favreau is a Seattle-based freelance writer. You can find her on Twitter at @A_Favreau.

Taught by a 6-time Bestselling Author

Learn the exact step-by-step methods you need to cut through the noise, harness the Amazon algorithm, and self-publish your book successfully this year.