Can You Start a Sentence With “Because”? Oh Heck Yeah, You Can

Can you start a sentence with “because”?

The short and simple answer is yes, you can.

Yet it seems that a lot of people don’t know this and think you can’t.

We’ve been asked this question numerous times by readers of our “word nerd” books and listeners of our NPR-affiliated podcast “You’re Saying It Wrong.”

Maybe it’s because it was drummed into their heads as kids by well-meaning adults who thought “don’t start a sentence with ‘because’” was a rule (like so many other “grammar rules,” it isn’t), or maybe it’s because they’ve seen it used incorrectly (it often is).

But for whatever reason, people often avoid starting a sentence with “because.”

Can you start a sentence with because?

Because this happens so often, let’s cut to the chase.

Yes, you can absolutely start a sentence with “because.”

And…you caught that, didn’t you? Right there we started a sentence with “because,” and it’s completely correct.

Why? Because it’s used at the opening of a subordinate clause that’s connected to a main clause and—

Wait a second! We just did it again, but in a different way! See, as you just read, there are actually two different but completely acceptable ways of starting a sentence with “because.”

Starting a sentence with because: Two ways that work

As such, it’s not a stand-alone sentence like the main clause is. When you start a sentence with “because,” you have to be sure that you use both clauses to make the sentence a complete one, like this:

It’s a perfectly legal sentence. No grammar guru can complain about it. If you split it into two discrete units, however, that guru would get quite perturbed.

This doesn’t work because the first clause isn’t a complete sentence on its own. It’s a sentence fragment. To be correct grammatically, it needs to be followed by the second clause, the main one.

That’s the rule of thumb about starting a sentence with “because” — you need two parts to the sentence, two clauses connected by a comma, to make it work.

But this is English. And English has a way of bending the rules, so here we go…

Another way to start a sentence with because

There is another time when you can start a sentence with “because” and not follow that two clause rule: if you’re using it conversationally to answer a spoken or unspoken “why” question.

The perfect example of this is the time-honored kid-to-parent question: “Why can’t I stay out later?” “Because I said so” is a perfectly acceptable (albeit infuriating) answer.

Persnickety nitpickers would argue that it’s not correct, that it’s a fragment that needs a rewrite. They’re right …technically.

But most modern grammarians and writers disagree and feel it’s fine to use in more casual writing, when you’re trying to sound conversational, and, of course, when you’re writing dialogue.

Pick up virtually any novel and you’ll see a lot of questions being answered with “Because I …” constructs. Clearly this is one of those times when it’s good to break grammar rules.

And there you have it, two distinct and accepted ways of using “because” to start a sentence: either as the opener to a subordinate clause that preposes the following clause, or as a conversational way of answering a “why” question.

So don’t listen if anyone tells you that you can’t start a sentence with “because.” Why not? Because we say so, of course. (And, no, you can’t stay out later. Not until you’ve finished writing.) 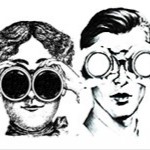