6 Ways to Cultivate Urgency That Will Captivate Fiction Readers

If you want to write a novel worth reading, you can’t just have something to say. It has to be interesting enough to capture a reader’s attention — and it needs to move.

Among your best friends for harnessing the power of momentum is to cultivate urgency in your fiction: leaving the reader with the feeling they must read what you’ve written.

A lot of writers have great ideas, beautiful prose, or stunning scenes; perhaps smart dialogue comes as natural to them as breathing.

But ultimately, how you bind these pieces of craft together to advance your idea is what separates memorable stories from those that fade into the background.

First off, let’s dispel the common misconception that urgency is always a function of pace, and a force unique only to thrillers. Both are just malarkey. Urgency is about creating a feeling in the reader that they must read your work now. Its presence says to the reader that the story is important enough, enjoyable enough, and immersive enough to give them an excuse to drop whatever they’re doing to read it — and not stop until they’ve turned the final page, loaded up Amazon, and pre-ordered your next book.

And, like any aspect of fiction-writing craft, urgency is something you can learn to use. Dial it up or down depending on the type of story, or genre in which you’re telling it.

As you’re considering your story from the outset, or returning to it in revision, here are a few steps that may help cultivate your story’s urgency.

1. Ensure your character wants something

Simple, right? Humans usually want stuff, whether it is a sandwich, or to stop an impending apocalyptic collision with an asteroid.

Whatever it is, make sure it’s crystal clear to the reader early in the story.

2. Put something in the way of them achieving it

Pursuit of the sandwich or stopping the asteroid can be infinitely interesting depending on what stands in the way of your character getting what they want.

Throw some stuff in front of your character — vindictive butchers, clandestine government agencies — to make their pursuit more complicated, or their journey more interesting.

3. Make it painful for the character to not get what they want, and make it matter

The math of your character’s stakes has to tally up, so work hard to ensure the reasons and potential fallout are compelling enough to keep the reader interested.

4. Make your character’s backstory and exposition work for a living

Sometimes, it’s good to slow down and offer some context for the tale you’re telling. Backstory and exposition shouldn’t just be there to hang out on your couch, eat your food and watch your cable.

Exposition and backstory are typically where we receive information dumps from authors. This is detail below the iceberg the author may need to write the story, but that ultimately gets in the way of the reader connecting to it.

Keep your head, and your prose, above the water line.

Think of how your setting is not merely just a collection of artfully described details, but also an active player in your character’s journey.

Each individual detail, along with its location, can affect what happens; and can ease or complicate your character obtaining what they want.

If a setting has its own desire, its own complications of achieving those desires, and its own stakes, it can help you choose the details you share — and ultimately enrich the story world you’re creating.

Easier said than done, but keeping the reader’s interest alive should be among your primary objectives.

Stories have arcs, we all know that. And we’ve seen it on charts and infographics a bazillion times.

But there are individual arcs, or beats, that make up a scene’s microtension: the molecules of your story’s universe forming blocks of momentum and urgency. Where momentum slows, everything around it, including your beautiful writing, starts to die.

If you’re slowing your story down, be sure you do so for a specific reason, such as changing characters and character POVs, locations, or merely to give the reader pause to catch their breath.

But don’t let entropy seize control of the stick, because as urgency slows and the reader’s eyes get heavy, it will plunge all your work directly into the mountainside.

Cultivating urgency in fiction takes practice. It’s not always something you can recognize — or that you should obsess over when you’re writing.

But when planning new scenes, outlining, or revising those sections not quite delivering the impact you’d hoped with readers, dialing into the elements above can drastically improve your drafts.

How do you keep readers interested in your work throughout their experience? 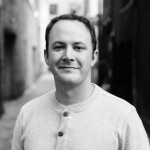 About the Author: W.B. Sullivan

Will lives in Boston with his family and continues to make room for fiction writing along with his day job.