What Twitter’s Dear David Can Teach Us About Storytelling

This season’s most compelling ghost story can be found in the most unlikely of places — Twitter.

For the uninitiated, Dear David is the recounting of a haunting taking place in Adam Ellis’s New York City home. Since early August, Ellis, a comic artist, has been telling his Twitter followers about a dead child that answers to the name Dear David.

His tweets went viral, and he continues to tell a story of escalating ghost behavior 140 characters at a time.

Some people think he’s documenting a supernatural occurrence. Others think the entire story is a hoax. I’m not concerned if Ellis’s account is true or not. What I’m fascinated by is his ability to keep people on the edge of their seats using a restrictive medium.

Here are four ways Ellis is utilizing storytelling techniques that we can apply in our own work as writers.

In a series of tweets he revealed that a boy with half a skull approached him during a state of sleep paralysis. The next night in a dream he was instructed to address the boy by the name “Dear David,” and was told he could ask him two questions. If he asked Dear David a third question, though, he would be killed.

He explained that Dear David crossed over into his waking life. He then confessed that odd things were happening in his home, like his cats sitting in front of his door at midnight as if someone was on the other side.

In that first set of tweets Ellis doesn’t tell a complete story. Instead, he leaves his audience with cliff-hangers. What does it mean that the cats sit by the door? Will they do it again? Is the ghost out to murder him?

Ellis could have written a short story. Instead, he chose a medium where he is able to leave bread crumbs, while claiming to be reporting in real time. He established stakes and continues to make the audience wait for the next installment, thus ramping up the suspense.

What makes the story so delightfully frightening is that everything seems completely normal except for one small detail.

Ellis is a normal guy going about his daily life, but since Dear David appeared, things are just slightly off. He looks outside his peephole and there is a shadow lurking by the bannister. A green chair moves ever so slightly. The cats are acting normal, except when they sit by the door every night at the same time.

All of these small occurrences add to an overarching feeling of dread. Something isn’t right in his home and reading about it sends shivers up the spine.

There are many ways to scare your readers, and Ellis does it via a slow build. The audience understands that pressure is building and it feels insidious.

In the case of Dear David, Ellis has created a community of amateur sleuths who are invested in figuring out the story behind the haunting.

Random people continuously give Ellis advice to keep the ghost at bay. Burn sage! Put salt around the door! Don’t use a ouija board in your apartment!

But, one of the best moments of audience participation happened after Ellis installed nanny cameras to capture unusual activity in his apartment. He posted a video of his cats with a caption to watch how one of them jumped over something that was invisible. But, Ellis didn’t comment on the freakiest part of the video. It took people on Twitter to point out that the most astounding part of the video is that a glass on the table moved on its own.

While most of us won’t have videos of inanimate objects moving in our writing, this story can help us think about moments of reveal.

As writers, what should we tell our readers upfront? What can be left behind as clues so the audience can piece things together on their own, thus making for a more engaged experience?

Ellis has utilized writing, illustration, video and photography to tell the story of Dear David.

Most of us will stay banging out our stories on a keyboard because it is a specific calling. But, are there different ways to enhance our writing?

Perhaps some stories aren’t meant to be told only on the page. Dear David has shown that it’s possible to use Twitter to construct a narrative that takes place over a period of time.

In the same vein, maybe we writers can utilize other forms of media to play with storytelling.

Dear David acts as a starting point for imagining multifaceted ways we can bring our characters to life. Can we tell our story through Instagram? Tumblr? A podcast? More than ever before there is wide open space for us to explore means of bringing our writing to different audiences.

Dear David is the first time I’ve entertained the notion that it is possible to tell a story in small bursts.

If Dear David turns out to be a complete work of fiction I don’t mind at all. I just want to see what happens next. 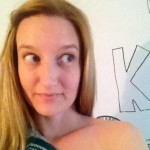 About the Author: Kaarin Vembar

Kaarin Vembar is a retail and fashion writer who lives in Washington, D.C. She co-hosts the podcast Pop Fashion.