How to Write Better: 7 Simple Ways to Declutter Your Writing You know that feeling when you open up your closet and it’s so stuffed with clothes you don’t wear that you can’t find the ones you really like?

Or maybe your desk is piled with papers that need filing, and you waste all kinds of time looking for that one you need? Clutter adds stress and sucks up valuable time.

The same situation applies to writing. Unnecessary words and redundancies in a page or paragraph obscure its core meaning and interrupt its flow. The essence of your message is buried under all those excess words.

Once you’ve written the first draft of your novel or short story, it’s time to go back and look for cluttered sentences and paragraphs.

Ferret out words that don’t add to the meaning or imagery and are just hampering the fluid flow of ideas. Look for instances of overwriting or beating a point to death. Say it once — or twice, max — then move on. Otherwise you risk annoying your readers.

Ready to search out the clutter in your story?

Reveal the essence of your message by streamlining your words. Instead of “in spite of the fact that,” just say “although.” Instead of “in the vicinity of,” say “near.”

On their cross-country trip, they slept each night in the cheap motels located less than a mile’s drive from the interstate.

On their cross-country trip, they slept each night in cheap motels just off the interstate.

The car drove slowly through the large complex heading in the direction of a secluded building at the back of the facility. It was located on the shore of the Mississippi River. The vehicle came to a stop next to the entrance to the building.

The car drove slowly through the large complex toward a secluded building on the shore of the Mississippi River. It stopped next to the entrance.

He was shooting off his mouth in the bar last night telling everybody that he was going to find the bastard that ratted on him.

He was shooting off his mouth in the bar last night about finding the bastard that ratted on him.

He moved his mouse pointer over to the other email that he had received.

He clicked on the second email.

2. Don’t drown your readers in details

Leave out those tiny details that just serve to distract the reader, who wonders for an instant why they’re there and if they’re significant.

He had arrived at the vending machine and was punching the buttons on its front with an outstretched index finger when a voice from behind him broke him away from his thoughts.

He was punching the buttons on the vending machine when a voice behind him broke into his thoughts.

In the first example, we have way too much detail. What else would he be punching the buttons with besides his finger? We also don’t need to know which finger he’s using or that it’s outstretched, since everybody does it pretty much the same. Minute details like these just clutter up your prose.

An angular snarl stuck to his face, the officer indicated with a hand gesture a door that was behind and off to the right of Jason. He swung his head around to look in the direction the officer was pointing.

Snarling, the officer gestured to a door behind Jason. He turned to look behind him.

Words like “it was” and “there were” simply get in the way of your story without adding anything useful.

I headed down a rickety set of wooden steps to the basement. There was a dim light ahead in the hallway. To the right there were cardboard boxes stacked high. To the left, there was a closed door with a padlock. Suddenly, I heard muffled sounds. There was someone upstairs.

I headed down a rickety set of wooden steps to the dimly lit basement. To the right, cardboard boxes were stacked high. To the left, I saw a closed door with a padlock. Suddenly, I heard muffled sounds. Someone was upstairs.

I could play around with this some more, but you get the picture.

4. Take out the word “that” wherever it’s not needed

Read the sentence out loud, and if it still makes sense without the “that,” remove it. This change smoothes out the sentence so it’s less clunky and flows better.

She said that you thought that it was too expensive and that you wanted to shop around.

She said you thought it was too expensive and you wanted to shop around.

Cluttering your sentences with too many unnecessary words can get in the way of clear communication and confuse and subliminally irritate the reader. Go through your manuscript and see where you’ve cluttered up sentences and paragraphs with little words and phrases that aren’t needed and just impede the natural flow of ideas.

The phrases in italics are redundant here:

We passed an abandoned house that nobody lived in on a deserted street with no one around. The house was large in size and gray in color.

At this point in time, the truth is that complaints are increasing in number, but I don’t see that as a problem to be solved.

She moped around the house, unable to concentrate on anything. She felt sad.

He paced nervously around the room, muttering to himself. He was agitated.

In both instances, the second sentence can and should be deleted.

In real life, people don’t usually speak in lengthy, complete sentences or uninterrupted monologues. Read your dialogue out loud to make sure it sounds natural, not like a rehearsed speech.

[bctt tweet=””Read your dialogue out loud to make sure it sounds natural,” says @JodieRennerEd“]

Break up any blocks of one person speaking at length by rewriting them in questions and answers or a lively debate, with plenty of tension and attitude. Try using lots of incomplete sentences and one- or two-word answers, or even silences.

How would your characters actually speak in real life? Think about their personalities and character traits. For example, men, especially blue-collar men, tend to be terser and more to-the-point than women.

Looking for more ways to declutter your writing? In my editor’s guide to writing compelling stories, Fire up Your Fiction, I offer lots of concrete tips with examples for streamlining your writing for a smoother flow and pacing. Also, check out the post on tightening your copy.

How do you streamline your writing? 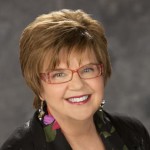 About the Author: Jodie Renner

Besides publishing her popular craft-of-writing books under the series, An Editor’s Guide to Writing Compelling Fiction, the award-winning Fire up Your Fiction and Writing a Killer Thriller (and the upcoming Captivate Your Readers), Jodie Renner is a sought-after freelance fiction editor and author of numerous posts on writing captivating fiction. She blogs at The Kill Zone.