When it comes to freelance writing, there is a lot of well-meaning advice out there. And for the most part, that’s a good thing.

Assuming you have an internet connection and a laptop, you have all the resources you need at your fingertips. You can learn how to pick a niche, get clients and set up your freelance writing website from the comfort of your own home.

But a lot of the conversation that happens around freelancing is unhelpful.

For instance, I’ve noticed there’s this tendency for many freelancers to brush aside the topic of money and act like it doesn’t matter.

In fact, if you’re serious about giving freelance writing a go, then I think your goal should be to learn at least $100,000 per year. Here are a few reasons I believe that’s true.

The other day, I saw a website that said “impact over income.” That sounds like such a lovely idea, doesn’t it?

Imagine being someone who cares more about the people they’re helping than how much money they’re making. The world would be a better place if more people adopted that attitude.

Of course, the world would also be a better place if we could all get our basic needs met without ever having to worry about money. But since that’s not going to happen, we all need a way to bring in money.

My experience is that I have the ability to make more of an impact when I make more money. That’s because my needs are met, and I have a whole lot more brainpower to devote to other people who I’m not worried about getting my bills paid.

If you’re someone who regularly says this then please stop. It’s a false choice — you create more impact and more income.

Ever since I started freelancing in 2016, I wanted to earn six-figures. But for a long time, I struggled with this idea because I thought earning more money would make me a bad parent.

I thought that if I earned six figures as a freelancer, I would work constantly, ignore my kids and miss out on their childhood.

Yikes! Who wants to focus on making more money with that kind of mindset?

I bring that up because I think it’s a common limiting belief people have around money. Many people think if they earn more money, they’ll work constantly and lose all sense of work-life balance.

And in fairness, that does happen for some people, but it doesn’t have to. I worked much harder and longer hours as a $40,000 a year freelancer than I do as a freelancer who makes over $100,000 a year.

Why? Because I have the money to outsource the tasks I don’t like to other people. I can hire other people to clean my house, design my website and schedule my social media posts for me, among other things.

I also have the ability to turn down clients who aren’t a good fit and charge more for my services. And I’ve been able to branch out into offering digital products to earn more passive income.

They might say something like this, “Success doesn’t happen overnight! I had to work hard for years before I started earning six-figures. I wrote boring articles, worked with crappy clients and worked day and night to get to where I am!”

I get why people say things like this. They’re trying to paint a realistic picture of what it looks like to make a living as a freelance writer. And likely, trying to weed out all the people who aren’t serious and only want to make a go of freelancing if it comes easily.

Here’s the thing — people who aren’t serious and don’t want to put in the work are going to quit regardless. There’s nothing you can say or do to help them “see the light.”

But what I’ve found over and over again is that most serious freelancers massively sell themselves short. They scrape by financially every month and don’t think earning more money is possible for them.

So if you take only one point from this blog post to heart, let it be this: earning six-figures as a freelance writer is a completely realistic and doable goal.

Stop making it seem like this huge, overwhelming task that only a few rare freelance writers can accomplish! I promise you that it’s not.

I’m not saying that it’ll be easy or that there won’t be setbacks along the way. Of course, it will take work, but you already know that.

But it’s also not as hard or as elusive as you think it is. So do yourself a favor and believe that it’s possible.

Photo by Brooke Cagle on Unsplash 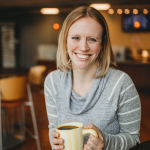 About the Author: Jamie Johnson

Jamie Johnson is a six-figure freelance writer who teaches others how to start their own freelance writing careers. She currently writes for clients like Business Insider, Bankrate, Credit Karma and Quicken Loans.