5 Compelling Reasons You Need to (Finally) Write Your Story

As writers — whether aspiring or published — we often face the bitter criticism of our own minds before setting a single word to page or screen.

We question the “worth” of our story, comparing it to every other story we’ve encountered. We minimize the plot, the message or the idea behind the narrative until it sounds too silly to warrant our attention.

Whenever your inner monologue starts to play the villain, consider these five truths.

1. Everything sounds silly at its core

If you boil a pot of water long enough, the water disappears. The same thing happens when you take a story and boil it down to its essence.

The Lord of the Rings trilogy? It’s about two people walking to a volcano to get rid of some jewelry. As good as the story is, it’s hard to describe in both a succinct and appealing way.

The more you analyze any story and simplify its contents, the sillier and less original it’s going to sound.

You should tell the story anyway. Because that overarching plot or message is not your story.

2. Your story will be more than its message

A friend recently approached me for help. He summarized the essence of a story he wants to tell, and he asked me, “Is that enough for a story to lean on?”

I told him, “If you write a full story, then anything’s enough.”

Stories are more than the ideas they communicate.

As stated by Dr. Robert Ford in the television series Westworld, stories impact audiences not because of simplicities, but because of “subtleties — the details.” He says stories matter when audiences “discover something they imagined no one had ever noticed before. Something they fall in love with.”

We tell stories because they communicate ideas better than any other format.

And the details of a story interest readers more than its messages.

3. At least one person desperately wants your story

And someone is searching for it right now.

Someone is out there, seeking the specific comfort or entertainment you can provide. If this story would have been good for you, it will be good for someone else.

Never believe you’re “the only one.” I remember believing I was “the only one” combatting a crippling phobia of lizards. I remember how often I googled “lizard phobia,” searching for others.

Then, after overcoming my phobia through therapy, I documented the experience on my blog. Since telling that story, I’ve received messages from many others in similar situations, living with the same phobia.

And now, my story is on the first page of Google search results, ready to assure anyone feeling alone or misunderstood.

4. Every time you write, you improve

We all want to improve our writing. We journal, we travel, we try essential oils. We attend classes and join writing groups and read books and blogs on the craft.

But the best way to improve is to write.

Every time you try to tell a story, you learn more about storytelling. You learn what works, what doesn’t work and what only works under what certain circumstances. You learn to push through the difficulty of pacing, of structure, of establishing a voice. You learn to round out complex characters.

Tell your story, because right now, you’re the best writer you’ve ever been.

Tell your story, so the next time you want to tell a story, you’ll be better at it!

5. This isn’t your final word.

I sometimes worry I’ll leave something out of my story. I worry I’ll miscommunicate, or I’ll speak too hastily, or I’ll change my mind on a subject in the future.

I’m a completionist at heart, a perfectionist, and many writers share these motivations.

Fortunately, nothing you say has to be the final word. You can tell another story. You can adjust your viewpoint and incorporate it into a new project.

Your story does not have to say everything you want to say.

As long as you keep writing, your last story won’t be your last.

So keep writing — and tell the stories in your head!

Too many storytellers stop before they start. Too many valuable tales sit bubbling inside writers’ minds until they boil away. But you have something important to say, and if you keep these five truths in mind, you’ll overcome the voices attempting to silence you.

Tell your story — you’re the only one who can. You can start by sharing your experiences in the comments! 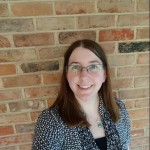 About the Author: Julie Elise Landry

Julie Elise Landry is an award-winning writer and fantasy author living in New Orleans, Louisiana. Her highly-acclaimed dark fantasy novel Bless the Skies has been described as “heartbreaking… in its cruelty and complexity.”