It’s been just over a year since I left my job as the education reporter at U.S. News & World Report in Washington, D.C., to move with my wife to Chicago for her job. For the first time, I was a full-time freelancer, having given up the stability that came along with covering an important beat at a storied publication for the chaos and flexibility that accompanies self-employment.

I have long freelanced on the side, cramming in an art review here and a religion story there during nights, weekends, and holidays when my full-time jobs had allowed me the time to breathe. But suddenly freelance writing was my only gig, which heaped on the pressure and stress that had previously eluded me.

And even early on, I realized there was a grave danger of developing an identity crisis, particularly because sources and publicists don’t often know what to do with a freelancer. It wasn’t just that I wasn’t sure whether I was a “freelancer” or an “independent writer” — I’ve haphazardly settled on “freelance writer,” but I’m open to arguments in favor of “independent writer” from those who care to make it —  but identifying myself as a solopreneur invited more questions than it answered.

My experience is in journalism, but I have a hunch that other freelancers have experienced the same thing; that this conversation, therefore, will be useful to a broader audience than just those of us trying to cut our teeth in a field whose obituaries are being written by the minute.

The challenges of independence

Here’s an instructive example. I monitor many alerts for search terms related to my beats (higher education, religion, art), and I recently noticed a conference that I wanted to cover. I emailed the press contact and requested media credentials. I was asked, invariably, what outlet I write for; I said I’m a freelancer. I could predict the follow-up questions almost verbatim: What publications do you write for? Whom do you have an assignment from? Can you send a letter on the publication’s stationary?

I’m not suggesting, of course, that those aren’t totally valid questions, but the reason for my whining is that I rarely know the answers to them myself.

Part of being a freelancer means that I can’t walk over to the next cubicle and ask my editor a question. It means that I’m often not sure what the story is or if there’s a story until I’ve reported on it, and I’m not paid for my time while I investigate dead ends. I can’t disclose my assignment, of course, if I’m trying to get into an event to identify whether there’s something worth pitching.

Of course, I’m a much less sure bet than someone who has an assignment from her editor at her fancy, full-time job. But, as I try to tell myself enough times that I believe it, there’s a bit of magic in being a freelancer. There are plenty of unknowns — and I’d argue unknowables — inherent in my operation, but that means also there is immense potential precisely because nothing is yet set in any kind of stone. (Click to tweet this idea.)

What to do with that freedom?

This is applicable to all sorts of freelancers and solopreneurs: the unique potential this type of career creates and invites.

Some of us may crave the perks and gravitas that are implied in being affiliated with an impressive brand or company, but in our comparably miniscule stature and lack of recognition, we can be nimbler and, when the stars align appropriately, soar higher.

That’s not an easy thing to convey in communications environments, where the gold standard — and indeed the only recognized currency — is increasingly tied to visibility, which is measured in terms of clicks. But to the extent that freelancers can convey to others (clients, editors, project managers, etc.) that their value is not only tied up in the larger brands with which they have worked, but also in their own self worth, that will be a victory.

Ancient history and epic poetry, I believe, is a great, if unusual, illustration of this principle. As Paul Veyne explained in his thoughtful book Did the Greeks Believe in Their Myths, history used to be written in a different sort of way before the emergence of copyright law and various sorts of attribution. When an ancient Greek poet sung of a hero’s or a monster’s exploits, that poet didn’t include footnotes or a bibliography, or much evidence at all. Listeners were encouraged to trust the reputation of the storyteller, rather than facts of the story.

That’s an impossibility, it would seem, in this world of hyper-fact-checking, but the principle might be transferable. Of course we freelancers should pay careful attention to facts and be transparent about citing the sources to which we are indebted. And if we sing of cyclops and river gods, we might get laughed out of the boardroom. But if we are our own brands, we need to be able to make the argument that we are personally worth investing in, independently of other organizations we’ve collaborated with.

If you’ve forged your own path as a freelancer, what has worked for you? 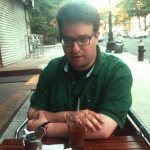 About the Author: Menachem Wecker