Becoming a Ghostwriter Depends on This Skill. Do You Have It?

“I could hear your voice on every page.”

When a client tells me that’s what they’re hearing from readers, I know that I’ve done part of my job as their ghostwriter.

The other part of the job is to craft an artful, compelling narrative with drive that makes a reader want to turn the page to know what happens next.

If you’re writing a business or how-to book, the author’s voice must still be be imbedded into the pages, but the other task is to give the reader takeaways and clear, concise examples that come out of an author’s opinions and arguments.

For purposes of this discussion, we can limit my comments to the memoir genre.

A memoir by definition is a discussion or biography of your client’s life written from personal knowledge.

With this in mind, the final writing piece needs to read as if it is coming from their thoughts and accounts, without completely losing your personal writing style.

A memoir is one of the most difficult types of writing in which to capture a client’s voice, both because of the sheer amount of personal knowledge as well as the perspective of the piece.

Start with a conversation

So, how to capture your client’s voice? For starters, when you’re writing a memoir for a client, you want to always begin the process with a series of interviews which are recorded and transcribed.

These interviews can often last for several days, depending upon the length of the story and the number of experiences that your client can describe to you.

You can then listen to the recordings and compare them to the transcribed material. You’ll also want to take notes along the way, which will serve as prompts when you sit down to write.

Try not to interrupt the flow of storytelling, but do guide your client to stay on point if they wander too far into the weeds — which often happens. There are times when I lose the train of thought and have to say, “What were we talking about?” Hopefully, we both laugh.

Just the act of listening to their recorded voice gives you many clues for how to replicate that voice in your writing.

Elements of a client’s voice

What are some of the elements of a client’s voice that should end up on the page to ensure the authenticity of a memoir?

Here are a few basic examples:

Much like a piece of music, the pacing of a person’s storytelling is part of their voice.

Try to incorporate the sayings and metaphors your client likes to use in telling a story. “Their Sundays were longer than their Mondays,” is something my mother used to say when seeing a woman with her slip hanging below her hem. Or, for example, “She’s no oil painting,” when sizing up a woman’s looks, for better or worse.

Or “What’s the worst that can happen?” which was a common reaction to a situation from a ghostwriting client who survived Auschwitz and the Bataan Death March. You couldn’t argue with that, because he had seen and survived the very worst.

Finding those special regional expressions and using them judiciously can make writing sing.

Think William Faulkner and take it down a few notches.

Or listen for those foreign words — used authentically — that a client frequently relies upon when English is not their first language. Don’t be afraid to use them. Trust the reader will figure out or look up the meaning.

A sense of humor

Not everyone is a barrel of laughs, but there are storytellers who have an amazing array of jokes (many of which they have told and retold) that can spice up the writing and strike a familiar note.

Look for opportunities along the way. For example, “A meal without wine is like a day without sunshine.” There are thousands upon thousands, and readers enjoy running across them because they have heard them said by your client (and many others) before.

Noting the features above, along with simply spending time with the story, will ensure that the client’s voice influences the final piece without being overbearing.

Choosing which ones to employ and which ones to jettison are what keeps your voice in their narrative. Make sure you take the time to listen to the story and become a part of it in your mind before sitting down to write.

Ghostwriters, what techniques can you share for preserving and sharing your client’s voice? 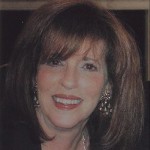 About the Author: Loren Stephens

Loren Stephens is president of Write Wisdom and Provenance Press which she founded 10 years ago in Los Angeles. Write Wisdom was established to provide ghostwriting, as well as support and guidance for anyone interested in writing their business profile, memoir, or life story.