What Happens When Your Editor Leaves? Advice for Freelance Writers

Having a long-term working relationship with a paying publication’s editor is a freelance writer’s delight.

Freelancers who send out lots of pitches know the routine: sometimes your query isn’t answered for six months or more; sometimes it’s answered by a form reply that implies that it wasn’t even read; and sometimes (Oh, cruel world!) your query isn’t ever answered. It got a one-way ticket into the ether.

So, when you do get into the good graces with an editor — when you address them by first name, when you can breezily put together informal queries with one-sentence story ideas and they are actually considered — that’s good gravy.

And then there is entry to Writer Valhalla: the editor suggests story ideas to you, dropping you casual notes like, “Tom, this one seems right up your alley ….”

But when that editor leaves the publication? Sour.

But you don’t have to just pucker in pain if the publication pulls a switcheroo on you.

If your editor leaves, was dismissed or even spontaneously combusts, you have a new objective: winning the confidence of the replacement editor.

These matters are best explained with a real-world example.

Mine is this: In 2012, I wrote a short piece for The American Scholar magazine’s Works in Progress (WIP) section.

Having been around since 1932, you might think the magazine is a little long in the tooth, but it’s a lively publication that still appears in polished print on a quarterly basis.

So, it was a plum for me to get into a regarded magazine with a broad circulation. The section editor enjoyed my first piece, and encouraged me to submit again. And again.

Over three years, I had 11 pieces published in the Works in Progress section, and all were delightful to write.

But alas, in mid-2015, my editor resigned, and in a genial email introduced me to the new section editor.

I had one pitch in progress to the magazine, which the new editor took over. But that piece was graciously declined, because the magazine’s head editor wanted to break from the past WIP and explore “much more dynamic and original projects.”

Keep scrubbing the decks (but use a different cleanser)

Right off the bat, I knew I wanted to continue being published in American Scholar. Even though I was writing short, front-of-book pieces, I liked writing them, and the pay (around $.75 per word) was decent.

So, over the course of the next year, I sent five or six queries.

The criteria for the new direction of the section was a bit vague, but as the new editor said, she’d know the right pitch when she saw it. I kept an eye out for story ideas that seemed worthy of the WIP section, but that perhaps seemed a little spicier, or more unusual, or more out of the mainstream than before. (Whatever that might mean.)

None of my new queries made the cut, until in March of this year, one finally did.

After that article, my next quick pitch was tentatively accepted (though later declined).

But the conversation is rolling. It feels great to re-establish the relationship, and to move forward.

Below are some recommendations on how you keep your pitching fire alive, even when your favorite editor has left:

Give thanks, and keep knocking

First things first: You should have been thanking your original editor all along, with every acceptance; with every edit suggestion.

Thank the editor for working with you. Leave a legacy of good feeling at the publication and stage the same for the succeeding editor.

Besides thanking them, if your editor is moving to another publication, be quick to research that pub and suggest story ideas. Your old pal knows you can deliver the goods, so try to set up a new gig with them.

If you think it’s time for you to also move on from the old publication, do it. Don’t fret if one magazine relationship has come to its rightful end. Cultivate another.

But if you want to continue working with your original publication, do the work. Don’t be a pest, but keep yourself top of mind with pitches and suggestions. I often say, “Hope I’m not bugging you, but …” when I want a little elaboration on what they are looking for or why my pitch didn’t make it.

And of course, thank them again when your byline (and you) are back in the saddle. Being a pleasant (and competent) writer to work with usually means you’ll be assigned more writing.

I’ve been writing for Airstream Life magazine and a couple of its offshoots for more than 10 years. I’ve written scads of articles for its publisher, who has become a colleague and friend.

I dread the thought that Rich might leave his post, but if he does, I’ll introduce myself to his successor, and keep pitching.

Has an editor ever left a publication you wrote for a lot? How did you handle the news? 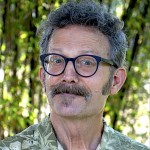 About the Author: Tom Bentley

Tom Bentley is a business writer and editor, an essayist, and a fiction writer; he does not play banjo. His Think Like a Writer: How to Write the Stories You See explains how to find your writer’s voice—and then write!