How to Create Characters Who Will Come Alive in Your Novel The summer after I graduated from college, I worked as a waitress at a restaurant in my hometown.

I needed a way to make a few bucks while I applied to graduate school, and given my love for food and cooking, I figured a restaurant environment would be a fun and easy place to do that.

Waitressing certainly wasn’t easy and it wasn’t exactly fun, at least not in the traditional sense. But I did learn some life lessons — like that when your manager descends into the basement for long periods of time and returns with white powder on his face, that white powder is not merely “dust” — and I met some very interesting people.

One of those people was our busboy, Mussie. Mussie was an Ethiopian Jew who had made his way to America a few decades earlier, after fleeing Ethiopia in the late ‘70s during the Red Terror.

On my first day, he eyed me skeptically and barely spoke two words to me, speaking instead through one of the other waitresses.

On my second day, he discovered I was Jewish and wanted to be a journalist. His eyes lit up. “My Jewish princess!” he cried. From then on, he treated me like his own daughter.

Mussie was a complicated man. He was generous and compassionate but extremely private. He loved Tim Russert and hated Cokie Roberts and read the newspaper every day. He had a major gambling problem and many debts. He was also an alcoholic. Every night at 9:00 on the nose, he would pull a beer out of the mini-fridge in the galley and slug it down. If work was too busy, and he couldn’t get his 9:00 beer, things got a little hairy.

The more I got to know Mussie, the more I loved him in all of his complexity. “Someday, I’ll model one of my fictional characters after him,” I told myself.

But when I sat down many years later to begin work on my novel, Mussie never made an appearance. In fact, none of the characters in my debut novel, The Girls’ Guide to Love and Supper Clubs

, are based on real people.

And with the exception of one minor character, neither are the characters in my second novel. Why not?

This may sound counter-intuitive, but I’ve found it’s harder to write a multidimensional, realistic character if you base that character on a real person. Real people are complicated and unpredictable, and those complexities often don’t translate well onto the page.

Take Mussie. He is generous, compassionate, hard-working, and conservative, but also weak, circumspect, and undisciplined. When confronted with a conflict — a necessary ingredient in any novel — which attribute would drive his response? One of them? All of them? A select combination?

With a fictional character, the writer can choose, but having such a large and conflicting group of traits makes the author’s job a lot harder. And, even worse, the reader will have trouble grasping the essence of the character if that character’s motivations and responses are constantly changing.

A better way to write complex characters is, ironically, to simplify them. Choose three attributes, preferably conflicting ones, and allow those attributes to drive your character’s actions throughout the story. For example, in my debut, the main character, Hannah, is outspoken, risk-averse, and passionate about cooking. One of those characteristics drives every decision she makes, and the others add tension.

So when she decides to start an underground (and questionably legal) restaurant out of her landlord’s townhouse, that decision is driven by her passion for cooking.

But because she is risk-averse in every other aspect of her life, I have added a layer of tension to the story: Hannah knows what she’s doing is wrong, and she is conflicted about it. She is also afraid to stand up to her parents and tell them she wants to go to culinary school — risk-averse! — which adds complexity to her character because she is generally so outspoken.

Think through some of your favorite characters in literature. My guess is, despite all of those characters’ seeming complexity, you can boil down their personalities into about three traits.

Harry Potter, Raskolnikov, Owen Meany, Bridget Jones, Humbert Humbert — all of these characters seem larger than life, and yet we feel as if we “know” them because their authors have brought them into crisp focus for us.

Real people have numerous personality traits, and off the page, your fictional characters should too. But on the page, simplify your characters’ motivations, and you’ll end up with layered characters that will bring your story to life.

How do you approach the challenge of creating complex and interesting characters? 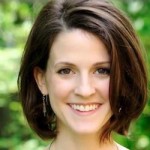