I’d like to introduce a concept I suspect many freelance writers can identify with: the panic nap.

It’s a phenomenon that occurs when you have way too much to do, or a scary task on your to-do list.

Instead of actually tackling the task at hand, anxiety makes your insides seize up and forces you under a blanket to pretend the outside world doesn’t exist. Instead of being productive, you’re just going to rest your eyes for a few minutes. Or a few hours. Maybe the rest of the day.

This is exactly what happened when I landed a pitch that I was completely thrilled to have accepted.

It happened twice, in fact: once for a piece that was going to be in print (my writing would physically appear in ink, on paper, that you could buy in a store. That’s a pretty big deal these days!).

The second time was an assignment for a big site that paid serious, professional money — the kind of money I’d never seen for writing before. Ka-ching.

As freelance writers, we spend a lot of our time discussing the best way to contact an editor, the art of the successful pitch, the perfect time to follow up, what to do if you’re getting ghosted, and so on.

But what do you do when you finally hit the jackpot?

After spending months telling myself that once my pitch was accepted, I’d be golden, I was getting the horrible sweaty-palm realization that the hard part was only just beginning.

What was I doing? Why did I sign up for this?

My brain had been hyping it up for so long that my typing fingers were freezing up at the thought of producing a single word. I slithered further into the dark comfort of my bed. Blissful, blankety safety.

Obviously, this is no way to live or write, so tackling the panic became priority number one.

Here’s how to avoid your own panic nap and fulfill your destiny of being incredible, A+ gig-landing writers.

Feel the fear, then do it anyway

Allowing yourself a little time to wallow is by no means overly self-indulgent. If you’re feeling anxious, don’t ignore it.

“I’m in the midst of this now with two different pieces and I’m still in panic/imposter mode,” explains freelance writer Cindy Lamothe.

“I’m sort of letting myself feel the fear first and take a self-care time out to even out the anxiety. Then I will probably research the hell out of each publication, trying to understand the aesthetic of the writing and the overall structure of related articles.”

Remember that old saying: If it’s not scary, it’s not worth doing.

Be afraid, and then get to the grind with some good old-fashioned hard work.

Remember, when you get picked to write a piece, your name wasn’t drawn out of a raffle.

Fellow freelancer Ana Gotter explains how she coped with a bout of anxiety: “I told myself that I got the assignment for a reason, and I likely beat out plenty of other extremely qualified writers in the process.”

“And then I took a deep breath and do what us Type-A personalities do best,” she continues. “I made a checklist and mapped out a way to get started, breaking the assignment down into manageable, less-scary chunks.”

Impostor syndrome is a fearsome beast, but always remember it wasn’t sheer dumb luck that got you this far.

You know what to do next.

Go back to your pitch

Finally, it’s the first part that’s often the hardest. Turning the ideas in your head into a well-crafted piece of writing is no mean feat, let alone when you’re hyped up to produce your magnum opus of a feature.

Reduce the panic to a simmer by throwing out the idea of writing anything entirely new.

Instead, just flesh out what you already have: your pitch. This is what sold your idea in the first place, so it’s definitely made of winning material.

Copy and paste your original pitch into a fresh document, plus any editor’s notes you received, and start building on every sentence.

We’re used to trying to keep pitches snappy, but what else would you have said if you had no word limit? How would you flesh out each sentence, and where were you thinking of taking each idea?

It’s a little stream-of-consciousness, but soon enough you’ll have written out a few chunks that can act as the framework for the rest of your writing — even if you end up deleting these half-formed nuggets.

And, if none of this advice works, fake it until you make it. The beauty of email exchange is that no editor can see you sweating on the other side of the screen.

As far as they’re concerned, as long as you keep it cool and professional, you’re the A-grade writer they’ve always dreamed of working with.

Just make sure to set an alarm so your panic nap doesn’t eat into your deadline.

Have you ever fallen victim to the panic nap? How did you recover and get back to writing? 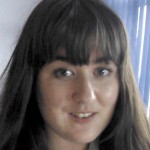 About the Author: Sarah Musgrove

Sarah Musgrove is a full time digital marketer by day and a freelance writer by night. She’s based in the UK but her real home is watching raccoon videos on the internet.