As someone who has been writing on the social publishing platform Medium for over five years — ever since it started — I, along with many, many other writers, can say that Medium is the best thing that ever happened to me.

I know that might sound inflated, but when you see the numbers, you can understand what I mean:

Shannon Ashley, a single mom and blogger, made over $8,000 in one month from her writing on Medium. She quit her job to go all in on writing.

You know what? Medium has changed my life. As a #singlemom, I just earned more than I ever dreamed possible by #writing on the platform. I quit my dead end job in December to focus on Medium and I haven’t regretted it once. Thank you so much ❤ pic.twitter.com/WkZ8y5RPQ8

Danny Forest, a nomadic entrepreneur, wrote one story that brought in over $3,000. He wrote it in about two hours and published it on Medium.

I’ve been fortunate to build an annual six-figure writing career from my success on Medium. This has worked so well for me that I decided to share my learnings with other writers through a course, 38 Expert Tips for Writers on Medium.

How is this possible? Medium attracts well over 220 million monthly users — putting it in the ranks of other large sites such as Spotify and Pinterest. To best serve its readers and writers, Medium invented the Medium Partner Program, the company’s method for paying writers for creating high quality work. How the Medium Partner Program works

Medium makes money through memberships at a tag of $5/month. When members read a story and clap for it, a portion of their membership dollars goes to the writer of the story. This ratio of claps to dollars is unknown; the algorithm is kept secret by Medium, so that nobody can “game the system.”

The Medium Partner Program also has in-house “curators” who comb through nearly every published Medium story and select the best crop to distribute in its 140+ topics for its readers. The stories that are curated receive higher rankings on Medium’s home page, in user feeds, and email digests — resulting in a nice boost in MOC (Member Only Content) views.

This is where the money happens.

How writers get paid on Medium

Stories behind the Medium paywall are eligible to earn money, based on members’ engagement. Most long-time Medium users believe “engagement” translates to “read time.” The more a member spends time reading your piece, plus the other ways of interacting like claps, shares, highlights, and responses, the more money the piece will make.

A very small percentage of stories will rocket through the ranks and catch the Medium editorial team’s eyes so much so that they will “feature” it. Getting featured is far better than getting curated. Featured Stories receive a professional copy edit, custom artwork, and prominent placement across Medium’s platform and social networks.

To put it in perspective, a featured story can generate at least several hundred and probably over a thousand dollars, whereas a curated story usually makes $50-$250. In short, if you can land a featured story on Medium, you’ve done something very few writers have done. It’s a big win.

Lastly, hundreds of thousands of writers on Medium elect to not lock their stories behind the Partner Program. They do this because they don’t want to limit wider access to their story — anybody anywhere can read an unlocked story on Medium — which may be smart for a company blog.

But a word of advice, especially during the current season of Medium (mid-2019)…

Based on my conversations with Medium staff and Medium influencers, if you want to use Medium for reach primarily — that is, you want your writing to be viewed and read by as many people as possible on Medium — you should put your story behind the Medium Partner Program meter.

Stories that aren’t curated on Medium perform, to put it bluntly, poorly. This is why many of the great Medium writers in years past, who have tens of thousands of followers, aren’t seeing much traction anymore — they haven’t evolved with Medium’s editorial direction, which is highly prioritizing Member-Only Content (MOC) for the rest of 2019.

To summarize, when you publish on Medium, one of four things can happen: How to write for Medium: 5 money-making tips

I started writing on Medium in 2014. Having kept my finger on the pulse of the platform for the past five years, I’d like to leave you with five tips to help your writing land as favorably as possible on Medium and hopefully help you either get curated or featured.

1. Write about mainstream issues from a unique personal perspective

Of the top Medium stories of all time, the top 100 analyze or build on a trending event using a personal narrative. It’s one person writing from their unique perspective with an interesting story that pulls out a new color or angle of a story in the news.

For example, the story Digital Exile: How I Got Banned for Life from AirBnB (181,000 claps) by Jackson Cunningham is a story that highlights the reason why users are valid in mistrusting big tech companies. It brings into the light the risk of individuals getting steamrolled when a tech company has too much data and power. Jackson’s anecdote of getting banned from Airbnb was the perfect illustration that everyone was looking for at the time.

What story can you tell that is relevant to the larger societal conversations going on currently? Another example here: Reflecting on My Failure to Build a Billion-Dollar Company (101,000 claps) by Sahil Lavingia.

2. Write a story that teaches the reader something

If you can improve the life of the reader, even fractionally, through education or entertainment, your story will perform well.

For example, A quick beginner’s guide to drawing is a Medium story in which the author Ralph Ammer simply teaches readers how to draw. That’s it. It received 123,000 claps. Why? It taught the reader a skill.

What skill can you teach readers?

As writers, it’s easiest to write your own story. You’re the expert. It’s vivid. It’s therapeutic. But the best stories not only share deep dark secrets, they also put them in context with research, expert quotes, and data.

This is where most stories fall short. Writers don’t do the hard work (i.e., put in the time) of contextualizing their personal stories in hard facts and interesting research. But this is exactly what shows the reader why they should listen (and follow) a stranger they happen to find on Medium.

Be vulnerable. Be yourself. But be smart about it.

I used to write for Inc. Magazine as a columnist. The editors there always told us to spend as much time writing the headline as we did writing the article. They said to even write ten headlines for one article before publishing. There was a Slack channel for columnists strictly dedicated to sharing five headlines at a time so that editors could help us choose the best one for our pieces.

I’m sharing this with you this to emphasize the holy importance of headlines in the writing world, especially on Medium, where you’re oftentimes competing with elite writers. Don’t de-prioritize your headline. Get feedback from other writers first (“Which headline sounds more interesting to you?”) before you publish.

Unique to Medium is its powerful network of platform publications, a.k.a. The Medium Network. Users can create their own publications around topics like data science or relationships or technology and some of these have grown to be enormous.

Mine, for example, is called Entrepreneur’s Handbook and with over 100,000 followers it’s in the top 50 out of over seven thousand publications on Medium. Medium also launches its own in-house publications, such as OneZero and Elemental, to which you can also pitch.

Any time you can get a story published in a Medium publication, you gain access to a healthy slice of its audience, while keeping all the money for yourself. You can find a list of the top Medium publications here.

Like any platform, Medium is not without its kinks and quirks. It can be difficult to finally get a piece to gain meaningful traction. But you can get lucky, which I like to call the “Medium effect.”

One of my first stories went from less than 100 views to over 90,000 views in one month, and Business Insider, Quartz, and Fortune all republished it.

Medium might seem intimidating or unnecessary at first, but if you learn the ropes and put in the work, it’s one of the most financially rewarding platforms for writers on the web in 2019.

If you’re serious about making money on Medium and found value in this post, a good next step would be to enroll in my course, 38 Expert Tips for Writers on Medium. Hope to see you there! 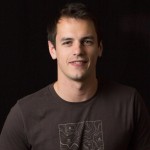 About the Author: Dave Schools

Dave Schools is the founding editor of Entrepreneur's Handbook, a top-50 Medium publication with over 100k followers, and the co-founder of Party Qs, a minimalistic conversation starter app. He is a contributor to CNBC Make It and his work has appeared in Axios, Inc., Smashing Magazine, The Next Web, Business Insider, and Quartz. He also teaches the bestselling writing course "38 Expert Writing Tips for Medium Writers."