How to Use Periscope to Build Your Writing Brand It seems like every time you turn around, there’s a new app or social media tool that makes claims about getting your name in front of a larger audience. The novelty of that new tool is quickly replaced by pressure to create content — and pressure to see results from your efforts.

Live video streaming might not seem like a natural promotional tool for writers who work through the written word more than relying on their voice or image.

But creating live video streams through Periscope could help you build your brand and engage with your audience in a fun new way.

Get the free Periscope app, link it to your Twitter account, and you’re ready to stream live video instantly. You can create private broadcasts for invited users or share them with the public via your Twitter feed.

Videos are only available on Periscope for 24 hours, but broadcasters can save a copy of the video to be uploaded elsewhere, like a YouTube channel.

Some peopler prefer a similar app called Meerkat, and Facebook is in the process of rolling out its own streaming-video option. But Periscope’s integration with Twitter has made it the most popular of the streaming video contenders, with 10 million registered accounts and about two million active users every day.

Some folks see live streaming as a distraction. Marketing expert Chris Brogan has done several scopes to see how it will benefit his business. Even though he grew his list and made some sales, he hasn’t joined the growing numbers of mega fans, many of whom were disappointed he didn’t like the new platform.

Others have completely embraced it. Derek Halpern of Social Media Triggers was intially skeptical, but gained a huge following on Periscope with just a few broadcasts of business tips, impromptu interviews with mega-preneurs like Marie Forleo, and book recommendations. Of course, Derek’s an ace in video blogging, so this platform is perfect for him.

How to use Periscope to build your writing business

So how in the world can writers take advantage of this?

“I am really loving Periscope, and will definitely be leveraging it more,” she said. Smith sold a coaching session after a particularly successful scope.

My Periscope streams have teased upcoming blog posts in a similar fashion. I’ve also used it to give live tours of interesting places I’ve visited. Most of my scopes have been brief and personal.

To recap: behind-the-scenes scopes, Q&As, blog teasers, regular events and video social media posts are a few ways writers can use Periscope to build your brand.

But before you sign up, remember a few things:

1. This is a brand new (and changing) form of social media

Give Periscope the same respect as other new tools.

And like those other social media tools, Periscope notifications can be quite addicting. You could spend an entire day watching broadcasts or creating broadcasts to ask people what nail color to pick at the salon (I saw this happen, for real). Try not to get sucked in.

2. Be purposeful when creating and watching video

You can automatically add everyone you follow on Twitter to your Periscope account. But since this media is just getting off the ground, not everyone is using it.

Only follow people who broadcast regularly. If you go to someone’s profile and they only have one heart or have no recent broadcasts, it’s best to unfollow them. Hearts are insta-likes: viewers can tap the screen to indicate when they like something. You get one heart automatically for joining, so if there’s just one heart, more than likely they haven’t done any broadcasts.

3. Integrate Periscope into your social media or content marketing plan

Even if you scope sporadically, prepare for in advance and make sure you provide valuable content to keep people watching.

If you have a plan a certain number of Facebook or Twitter posts every week, do the same with Periscope broadcasts. Include them on an editorial calendar with other content you produce.

Periscope is new and features will be added (and possibly removed) as the needs of its audience changes. Just like any other social media platform, if it’s not for you, don’t include it to showcase or market your writing.

What do you think of this new platform? Do you think you can use it in your writing business? 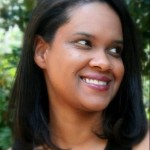 About the Author: Williesha Morris

Williesha Morris is a freelance writer with a love for blogging, social media and all things Web. She’s currently building her client portfolio with unusual and geeky startups.