You’ve probably heard of crowdfunding before, but what about crowdspeaking?

Here’s how Thunderclap describes itself:

A tool that lets a message be heard when you and your friends say it together. Think of it as an “online flash mob.” Join a Thunderclap, and you and others will share the same message at the same time, spreading an idea through Facebook, Twitter, and Tumblr that cannot be ignored.”

Thunderclap allows users to create a campaign by writing a message, gather “supporters” to agree to share the message by a certain deadline; on that specified date, the message is blasted out on Facebook, Twitter and Tumblr, leading to massive social reach and amplification.

As a communications consultant, I’m always looking for new ways to help my clients share key messages with their desired audiences. When my client and debut author Cara Bradley introduced me to Thunderclap, I jumped at the chance to experiment with using the platform to promote her book.

“As a new author, I know how important it is for me to spread the word about my book, but I’m also very aware and conscious of coming across as overly self-promotional,” Bradley explained. “I was excited to try Thunderclap because it provided an easy and free way for my friends and community to support me and my book launch.”

Want to launch a Thunderclap campaign? Here’s a step-by-step breakdown of how we did it. Creating a campaign is easy and intuitive. Create a login and select “Start a Thunderclap.”

You’ll need to fill out information in the following fields: Once you finish creating your campaign, you must submit it to Thunderclap for review. They say it takes two or three days, but our campaign was approved almost immediately.

Be ready to take action once your campaign is live!

Once your campaign is live, you have a limited amount of time to spread the word, so it’s time to get to work.

Here are some of the tactics we used to promote Bradley’s Thunderclap:

On Facebook, we announced the Thunderclap campaign, shared an update on the campaign midway through and published a wrap-up thank you post after the campaign was complete. On Twitter, we scheduled several tweets from the launch of the campaign until the very end to keep up the momentum. Bradley sent a personal email to her friends, family and book launch team. In the email, she explained what Thunderclap is, talked about her campaign and asked for their support.

Here’s sample text you can use in your own campaign:

I’m writing today to ask one more favor and promise, this task takes less than one minute to complete. It’s to help me spread the word about my Thunderclap to promote the book.

Thunderclap is a really neat social crowd-speaking platform that helps people be heard by saying something together. It allows a single message to be mass-shared, flash mob-style, so it rises above the noise of your social networks. By boosting the signal at the same time, Thunderclap helps a single person create action and change like never before.

My goal is to get 100 people to agree to share the below message about my book by X DATE (we’re at Y so far). When I hit 100, on X DATE, that message will be blasted out to all those who agreed to share, spreading my message even farther and wider than I could ever imagine.

It was most crucial for us to stress how easy supporting Bradley’s Thunderclap would be. We made sure to tell her community it would take less than one minute to complete.

This email was the single most important promotion tactic we used; your close friends, family and network are the most likely group to want to share their support, so leverage those relationships and don’t be afraid to ask for their help with the campaign.

Bradley’s been building her email list for quite some time, so when it came time to promote the Thunderclap campaign, we turned to her email community for support.

Thunderclap was included as a message in two of Bradley’s weekly emails in April.

In the first email, we created a section to explain Thunderclap, similar to the above messaging. In the second email, Bradley had already reached her goal on Thunderclap, but we still wanted to grow her reach, so we included messaging in the “P.S.” section of her email to thank people for adding their support and to give an update on the campaign.

Because the Thunderclap campaign linked back to Bradley’s book landing page, we expected an increase in traffic to her site on the morning the campaign launched.

To leverage the new eyes visiting the website, we made it a priority to do a quick review to make sure:

Website traffic tripled on May 2 with 68 percent of traffic that day coming from social (i.e. social shares from Thunderclap). Fifty percent of pageviews that day were to the book landing page and Bradley welcomed a handful of new email subscribers that day, as well.

Most importantly, the message of Bradley’s book was blasted out by more than 120 people with a total reach of more than 140,000. Those who are active on social media know that the long game is more important than short-term wins, and Bradley’s name and book being shared by so many on Facebook, Twitter and Tumbler helps introduce her message to a brand new audience.

Overall, creating, launching and promoting a Thunderclap campaign took less than three hours, yet created massive buzz and increased interest in Cara and her book.

What do you think of this method of attracting social momentum? Would you try it for your own book or product release? 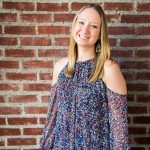 About the Author: Jessica Lawlor

Jessica is the founder and CEO of Jessica Lawlor & Company (JL&Co), a specialty communications agency focused on content management and creation. She and her team run popular, high-traffic blogs, including The Write Life, where Jessica has served as managing editor since 2016. Check out her blog, focused on the ins and outs of running a business, productivity and stepping outside your comfort zone.