How to Write a Novel, 15 Minutes at a Time The woman seated across from me at a writer’s group was waving my novel around like a flag. I’d just been discussing the 15-Minute Writing Method to the group who’d invited me to speak about my second novel, Dark Circle, and what my writing process was like.

“Just that. I write in 15-minute chunks, most days of the week. And then,” I waved my own hand toward the book she was holding, “voila!”

Of course, as I explained, it’s not quite that simple.

The 15-Minute Writing Method is something I came up with while working on my first novel. I’d tried (and failed) quite a few times to complete a manuscript for a full-length work.

I would start out all shimmery and starburst, trying to replicate the writing process of famous, bestselling authors who write thousands of words or many hours a day. Hugh Howey, for instance, writes for four to five hours every day. Charles Hamilton, an English author, was said to have written 20 full-length pages each day.

However, an hour or two into my writing time, the glitter would fade. I’d get bored and set the novel aside. I always intended to pull it back out at some point, but I never did. Instead, weeks or months later, I’d dream up a new idea for a new novel. And then I’d start the process all over again.

Frustrated with myself after yet another failed attempt, I decided to try something new.

Writers with short attention spans — or those struggling to fit writing around a full-time job, a family or other commitments  — this is for you.

Here’s the plan: Write for 15 minutes, most days of the week.

While there is obviously a bit more involved, the basic premise is this: break down what can look like a huge, overwhelming task into tiny, bite-sized pieces.

Look at marathon runners: they don’t begin their training by trying to run 26.2 miles. Instead, they run many shorter distances to build stamina, and slowly increase the mileage as they get stronger. Why would you start writing a book by trying to write the entire book?

Here are five tips that will help you make the most of the 15-Minute Rule:

1. Look at writing a novel as simply forming a new habit

This perspective makes the task so much less intimidating! Have you ever trained yourself to floss your teeth? Eat healthier foods? Stop swearing? These are all habits, just like writing.

I highly recommend reading The Compound Effect by Darren Hardy, which describes how small, seemingly inconsequential changes add up over time. It’s up to us to decide if these little tweaks are positive or negative in nature.

Try to work with your natural tendencies, not against them. If you are most creative in the morning, squeeze in your 15 minutes of writing as soon as you wake up or before you leave for your day job. More of a night owl? Make your daily writing a before-bed habit, right after you brush your teeth.

When I first started exercising as a teenager, I never dreamed I’d be able to run three miles (or even one). I was an overweight kid and adolescent, and the thought of doing really big things athletically was outside of my thought process.

But I could walk for five minutes, so that’s where I started.

You can do just about anything for just 15 minutes (or 10, or five), so start there. Think you don’t have even a few minutes to focus on your writing? Try giving up something that you don’t need, like watching TV (even the news), or setting strict limits on social media time.

3. Set a big goal and break it into pieces

Set a date to complete your first draft and mark it on your calendar. Make sure it’s reasonable, given that you’ll be writing in shorter chunks rather than marathon sessions. While writing my first novel, Epidemic, I was working full time. I wrote in 15-minute chunks before leaving in the morning, and completed a first draft (ugly, yes, but complete) in approximately five months.

Next, look at your calendar and work backwards, setting up mini-goals like “get to 15,000 words”  or “complete chapter nine.” Add in some fun rewards for these smaller goals. Nothing says “yay” to me like a bouquet of fresh flowers or some pretty new office supplies.

While of course you want to produce a polished, well-edited final draft, there is a time and place for editing — and it’s not while you’re in the process of getting that icky first draft out.

Minimize the urge to edit by not re-reading what you’ve written. If you need to reorient yourself in the story at the start of a writing session, go back and read the last paragraph or two of yesterday’s work, but don’t allow yourself to look at any more than that.

5. Don’t beat yourself up

If you miss a day, or several, it’s ok — just jump right back into your process. Allowing that critical inner voice free rein here does no good and a lot of harm. Start fresh the next day, and keep going. Over time, it will feel strange not to have your 15-minute writing session!

Let the process of writing your novel be as messy and ugly as it needs to be. But don’t make it harder than it is by setting huge and overwhelming goals for your writing time or word count. Ease yourself into your new habit by working on your manuscript for just 15 minutes a day. You’ll be amazed at what you can accomplish.

Have you tried breaking your writing sessions into short, daily chunks? How did it work for you? 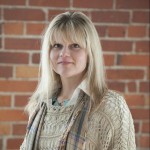 About the Author: J.P. Choquette

J.P. Choquette writes from New England where she also loves reading, making junk art, teaching writing courses and sipping hot beverages … just not all at the same time. Her newest work, The 15-Minute Novelist: How to Write Your First Book in Just 15 Minutes a Day is scheduled to be released next month. New to the popular writing program? Get up to speed quickly and learn how to make the most of Scrivener with this course.