5 Simple Steps to Write a Headline Your Editor Will Love

Are you sending off query letters to magazine or blog editors, but never hearing a peep back?

It’s a common problem. Often, the problem has to do with your headline.

And, if you’re sending pitches that don’t mention a proposed headline, this might be your first problem — editors tend to skim through queries, looking for the headline. If they see none, they might assume your idea hasn’t quite gelled yet, and move on.

Now that you know you need to include a headline in your pitch, how can you make it one your editor will love?

I’ve pitched both popular blogs and national magazines with success, and run a guest-post program for my own blog, so I’ve been on both sides of the fence here. Over the years, I’ve learned there are some basic things to do to build a fascinating headline that gets you hired.

What are they? Here are five simple steps to make your headline irresistible to editors.

Your starting point for creating a great headline is always to study the headline style of your target publication. Study, study, study.

How long are their headlines? Are they businesslike, snide, sassy or hip?

Skim until you have a sense of their headline conventions and tone. Then, emulate their style in your headline.

Research is key because headline conventions vary a lot. With blog post headlines, you’re usually looking for a snappy, 8-10 word headline. For instance, here’s one I did for my Forbes blog that ended up pulling huge traffic:

By contrast, magazine article headline style can be a very short headline, followed by what editors call a ‘dek,’ a longer line that fleshes out the idea. For instance, here’s the headline of a piece for Delta Airlines’ in-flight magazine, Delta Sky:

“The Do’s and Don’ts of Franchising: What potential franchisees need to consider about timing, industry choice, finances and more before they decide to take the plunge”

Know and use the style of your target publication, and your editor will be able to envision your article appearing in their pages.

That’s the first step to getting a ‘yes.’

You might think search engine optimization (SEO) would only matter for online blogs and publications — but you’d be wrong. Increasingly, print magazines are also posting their content online.

That means they care about using phrases their audience might search for the topics they cover. They’re looking to have each headline help them attract more readers.

When I wrote pieces for Forbes magazine that they also posted online, my editor had me write a different headline for the online version — one with better keywords. If you know your magazine swings both ways, suggesting two headline styles can be a pro move.

There are plenty of free keyword search tools online – AnswerthePublic and Neil Patel’s UberSuggest are two popular ones I like. Pick your favorite tool, think like a reader and take a stab at using relevant keywords.

If you want your headline to really get your editor excited, it’ll need to have a news hook.

What’s a news hook? It’s something new that makes your idea need to be published now. It signals you have fresh information that we haven’t already seen 100 times online.

The news hook gets your editor thinking, “This must run in the next issue!” instead of “Well, maybe this could work sometime.”

To interest an editor, you’ve got to move beyond generic headlines like: “5 Reasons Eating Vegan Will Improve Your Health.” We’ve read that story already. A lot.

Find a fresh spin. Is there a new study about vegans’ health? A new celebrity going vegan? Gotta give that editor a new angle on this popular topic.

A news hook might be one new fact that’s emerged in an ongoing story — the coroner’s report was released, or a new candidate has entered the race. It could be an anniversary of a major event. A year (or a decade) after the big earthquake, fire or flood. As I write this, there are lots of “Amazon turns 25” stories, for instance.

Getting a news hook into your headline is an easy way to get your editor excited.

Another quick way to show you ‘get’ the publication is to narrow your topic by weaving the audience into the headline.

So it’s not “5 Reasons Eating Vegan Will Improve Your Health”, but “3 New Studies on Vegan Diets That Parents Need to See.”

Now, we’ve zeroed in on who this publication’s readers are. Showing that in your headline lets the editor know you really get their audience — and makes them more likely to assign you a story.

The final step in creating a headline that gets editors interested is to get creative, especially if you want to cover a popular topic. What can you add that makes the headline fascinating to readers? How can you signal, right in the headline, that you have information not found elsewhere?

For instance, after Fiverr bought rival freelance intermediary platform ClearVoice, there were loads of stories about it. I wanted to cover it on my own blog, but how to be different? The answer was to interview their CEO.

Then, I built a headline that spotlighted my unique coverage of this business news:

“Fiverr Buys ClearVoice: Their CEO on the Future of Online Writing”

Conducting interviews for your article is something magazine editors will expect – so start thinking about sources. Practice with a friend, if you have interview jitters!

Writing great headlines takes practice. Allow time to experiment with your headline and perfect it, and it’ll pay off with more assignments. 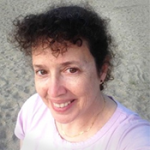 About the Author: Carol Tice

Carol Tice founded the 1,400-member Freelance Writers Den learning and support community in 2011. Join to access 300+ hours of trainings, including one on how to optimize your LinkedIn profile to attract clients.