As a writer, you must create and manage your personal brand. But how do you leverage that brand to earn a living?

The team behind Beacon, a startup launched in September that’s been called “Netflix for Journalism,” thinks they’ve cracked the code. Co-founders Dan Fletcher, Adrian Sanders and Dmitri Cherniak created the platform to help writers capitalize on the direct connections they’ve built with their readership through social media.

A monthly $5 fee gives subscribers site-wide access to content, which ranges from on-the-ground reporting of international affairs to satirical coverage of American news. The twist? Subscribers choose a favorite writer — and that writer gets 70 percent of each supporter’s subscription price.

We’re always keen to explore new ways to earn a living through writing, so we asked Sanders about the team’s goals for Beacon and how writers can get involved.

What are you hoping to accomplish with Beacon? Why should our readers visit the site?

Beacon is about returning the value of stories back to the readers and writers. We think great stories are worth paying for, but we also think readers should feel that their money is directly impacting the work they want to support.

The Write Life readers should be keen on Beacon because hopefully they’d be interested in applying to get started writing on Beacon. Anyone can apply and we’re adding new writers every week!

Can you tell us the story behind why you started the site?

We started Beacon because we were frustrated that the traditional model of making money on the published Web was nearly totally dependent on ad sales. It is mind-boggling that a writer can have 10,000 devoted readers, but an ad company gets to decide that’s not worth very much.

As ad sales oscillate towards properties that can move millions of pageviews (think funny cat lists on Buzzfeed), they become increasingly less concerned with small niche high-value stuff. And the reality is, no matter how great a reporter you are, you’ll never be able to generate one million pageviews a month from Yemen. It’s just not the right fit for display ads. We think Beacon is the right fit!

How are you monetizing Beacon? How’d you decide on your $5/month subscription price point?

As a writer, you have a project page that helps you crowdfund a minimum number of readers who are willing to support your work. So you can launch a project and try to find 50 subscribers like Seth Robbins is doing now.

Once the project is successfully complete, you’re given a profile page (like Jean Friedman-Rudovsky’s) and anytime someone signs up to Beacon via your page, they become your personal subscribers. You earn 70 percent of their monthly subscription as long as they keep paying.

But your subscriber gets access to not just your work, but every story by every writer on Beacon — so they get to support you, and they get access to a lot of great stories.

We picked $5 because it seemed significant enough to help writers build real income from, but also competitive enough to woo readers. So far we’ve been happy with the results — we’ve grown more than 4x since launch in September 2013.

How do you add writers to your list, and what criteria do you look for? How do writers benefit from contributing?

Most of our writers come by referral from writers already on the platform. Recently, we launched Projects as a way for writers to launch onto Beacon with a good group of starting subscribers. It’s been going fantastic. We also accept applications to write on Beacon — anyone can apply.

Writers enjoy 70 percent of all subscription revenue from readers that subscribe via their project, and via their profile page after they launch. The other 30 percent gets put into a bonus pool that we divvy out to the most read stories each month. This month we’ll be distributing $5,000 in bonus money to the top 20 articles.

What was your strategy in not including editorial support for your writers? Have you heard feedback from your writers about that decision?

There’s two primary reasons for this — the first is that Beacon isn’t a publication, it’s a platform. We’re here to enable writers to write more of the stuff they want via the subscriptions from readers who love their work.

Adding editors in the traditional sense creates a layer of complexity and cost that we just can’t justify. Now, that doesn’t mean we think editors aren’t worthwhile (far from it) but if you’re going to innovate the model you need to rethink how all the processes are handled. Could writers bring their favorite editors onto Beacon in the future? Maybe with a revenue share model for the work they edit? Things like that get me excited because I know there’s a way to figure it out — it’s just a matter of time.

Have you learned anything about the writing community through this project that surprised you?

It’s not surprising, but it’s certainly interesting how the current situation in the industry has made people very open to trying new things. I think it’s amazing to see writers exploring their options right now when it comes to making a living.

What do you think of Beacon’s premise? Would you join Beacon as a subscriber or writer? 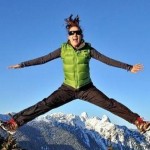 Heather van der Hoop is an editor focused on helping people best communicate their ideas. Her projects range from blog posts and ebooks to doctoral dissertations, and she has been editing her own last name for as long as she can remember. If she's not at her desk, she's usually in the mountains.