Want to use Twitter to make connections for your writing career? Check out our founder Alexis Grant’s course: Become a Twitter Power User.

It’s not easy, convincing writers on the value of Twitter. But once the social network begins to make sense to you and you start seeing wins on a regular basis — a publisher links to your blog post, a literary agent responds to your tweet, or maybe you even land a freelance gig through a Twitter connection — you’ll never go back.

Once you get over that initial hump, it’s time to take it a step further, so you see even more return on your investment. And that’s when you want to make sure to follow the advice below. Will these mistakes doom you forever? No. But they will keep you from turning your own Twitter world into a place where you meet clients, form friendships and cultivate your writing career.

Here are four mistakes I see writers make on Twitter and why you should be sure to avoid them:

1. Neglecting to include @mentions

Adding @mentions is one of the smartest things you can do to grow your Twitter presence, the best way to get a big bang for your buck on this social media channel. For every single tweet you send, look for ways to incorporate an @mention, maybe even two.

Mention a blogger? Look up that person’s handle and include it in your tweet. Sharing a link from a publication? Add that @mention to your update. Notice someone is simply mentioned in the article you’re sharing? Find a way to work their handle into your tweet, too.

The @mention is your way of getting the attention of other people, of saying, “Hello! I exist, and I’m tweeting about YOU!” If you fail to include the @mention, that person or publication or organization you’re tweeting about will probably never see what you have to say… and in that case, is your time spent on social media even worth it?

After the @mention, lists are one of the best ways to get the most out of Twitter — and yet so many people don’t use them. Lists help you filter through all the noise on this platform and hear only the things you want to hear — so you can create connections that matter. (Here’s a great how-to-use-lists guide from Mashable.)

One of my favorite ways to use Twitter lists is by creating what I call a Notice-Me List. This is a private list that includes lots of people I’m hoping to form a relationship with on Twitter: bloggers, publishers, writers, social media strategists, etc. Anytime I come across someone who I want to know me, I add them to this list, which means the list is always changing.

But it’s what you do with that list that counts. Once you’ve created it, take a few minutes each day or week to scroll through that list and look for ways to interact with people on it. That could mean @replying to their tweets or RTing their tweets with a short comment, or even clicking through one of the links they share to their blog and leaving a comment on the latest post.

[bctt tweet=”Creating Twitter lists is great, but what you DO with those lists is what really counts.”]

By interacting with these people, you’re opening the door to a relationship. If you respond in a smart way, they’ll hopefully write back. And even if they don’t respond, they might notice you and your work — which means they’re far more likely to respond to an email you send down the line.

3. Procrastinating the move to Hootsuite

I don’t recommend them for complete Twitter newbies, because it takes a while to understand how to use the platform, and these applications are an added complication. But as soon as you get the hang of how to make connections on Twitter — that includes using @mentions and lists to get the most of the platform — make the switch to an app. It will make your life easier in the long run!

Of these three tools, I prefer Hootsuite. But all three have loyal users, so you really can’t go wrong choosing one. If you do go with Hootsuite, watch this tutorial from Marian Schembari as a primer.

4. Thinking that scheduling tweets is a big no-no

You don’t have to be in front of your computer all day to benefit from Twitter. In fact, the best Twitter users actually schedule their tweets — that is, they create a bunch of tweets whenever they have time and schedule them to go live throughout the day or week. This is how you provide massive value — and become a tweep people want to follow — without spending all day online.

Now, there are two caveats here. The first: Just because you schedule tweets doesn’t mean you should never hop onto the platform and interact. Some of the best connections I’ve formed have grown out of spontaneous conversation, interacting with other people on the platform. That’s essential — so don’t leave interacting out of the equation.

Second, scheduling tweets is different than automating them.

The main reason automation isn’t a good idea is because it’s not optimized. The tweet that goes out automatically is probably simply a headline and a link — and guess what? That violates our cardinal rule: include an @mention.

If you want to add @mentions, you have to craft tweets by hand. That also allows you to make other tweaks that will encourage followers to click on the link, like asking questions or adding a #hashtag or putting some tease into your update (aka “This story about two writers earning millions blew us away!”).

So there you have it — four tips that will help you get more out of Twitter. If you want to put the @mention rule into practice, give us a shout at @TheWriteLife. We’re always happy to make new writing friends!

Alexis Grant is founder and editor of The Write Life. Check out her course: Become a Twitter Power User. 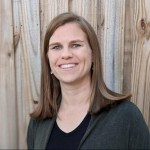 Alexis Grant is founder and previous owner of The Write Life. She launched the site in 2013 and grew it for eight years before transferring ownership in early 2021. She began her career in journalism, grew a blog-management agency, then led the content division at a fast-growth media company, The Penny Hoarder. She's always looking for ways to support writers!