It happens. You’re sitting in front of a blank page, you dip into your well of inspiration, and you come up with nothing.

At most the moldy remains of an idea you had in seventh grade.

I’ve been there time and again, until by chance I attended a panel led by Orson Scott Card.

In that panel, he opened my eyes to what a good story idea looks like, and how to generate story ideas without any effort.

With time, I’ve included my own little twist on his method. The result? A five-element story idea generator that will rarely fail you.

Here’s how to come up with good story ideas.

A story cannot take place without creating complex characters. The character might be a chair (I wrote one like that!), but it has to be there.

If you don’t have a specific idea for a character, make one up randomly. Choose the following:

Interesting combinations make for richer stories, so keep that in mind as you fill out your character’s background.

Your character must have some desires in life. What drives her? What makes her get out of bed in the morning?

But it has to be a specific, attainable desire that will move your character throughout your story.

Can’t think of a good desire? Re-read your character’s background, try to get into that person’s shoes and think of what you would have wanted in her stead.

If your character wanted something and got it right off the bat, you wouldn’t have a story, would you?

So the next critical element is the roadblock that stands in your character’s way.

It can be physical, emotional, spiritual or cultural. It can be another person or a group of people.

It can be a question of legality or consensus. It can be the very elements of nature.

Whatever it is, make sure the resistance matches the character. If you have a strong character, you will need a powerful obstacle to stand in her way — otherwise, the reader won’t be convinced that the struggle is real and desperate.

With these three elements, Orson Scott Card claimed at that panel, you have a solid story idea that can be developed into any media and length.

I like to add two more elements to the mix.

A story is all about the character’s journey, and that journey is all about change. If the protagonist is the same at the end as she’d been in the beginning, something is missing.

For short stories, the change can be as simple as a single trait:

And so on. The longer the story, the more scope you have to mold your character in new ways.

The settings of a story are more than a backdrop. It is often a character in and of itself. It impacts the way your protagonist thinks, feels, and behaves.

Choose an interesting backdrop that will really challenge your protagonist or highlight her journey.

For example, if your protagonist is on a journey of inner and outer peace, why not paint her story against a background of war, strife, or unrest?

Character, desire, resistance, change and settings. Pick them deliberately or randomize them completely; either way, you’re sure to get some interesting story ideas.

How’s that for your very own story idea generator? Now go make up some good story ideas and write! 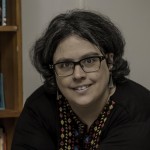