by The Write Life Team
54 Comments It’s not easy to write a first-person story in a way that will interest anyone other than your mother. In fact, “this happened to me” and “here’s what I think” posts are what earned blogging its narcissistic reputation.

But then a writer like Lisa McKay comes along and so eloquently shares her own personal story about her husband’s cancer diagnosis. Only she’s not writing in retrospect, with the insight of knowing how her story will end. Instead, she’s telling this tale as it unfolds.

Lisa points out just how hard this is to do in yesterday’s post, A Note from the Messy Middle:

I’ve been thinking this morning about … [how] good writing usually has beginning, a middle, and an end. It tells a story. It has a point; it’s not just an unfiltered brain dump.

We’re thrashing around in the middle of this story right now. Even though it only started just over three weeks ago, I can hardly remember that part anymore. The ending is still a long way off. And in the messy, map-less middle of this ugly story, all I’m pretty much capable of right now is an unfiltered brain dump.”

Except that anyone who reads the post knows it’s more than a brain dump, that Lisa manages to find a point even when writing from the messy middle. Her honesty about how she feels might even bring you to tears.

Lisa’s able to share her personal stories in ways that resonate with readers in part because she has practice under her belt; she’s the author of two memoirs, including her recent Love At The Speed Of Email

, which chronicles how she fell in love with her husband Mike.

We don’t often feature individuals’ work here at The Write Life, but Lisa’s latest posts are solid examples of how to tell personal stories well, whether through a memoir or on a blog, a goal so many writers struggle to achieve. As you root for her family over the coming months, be sure to learn something from her writing, too.

What other bloggers tell personal stories well? Let us know in the comments! 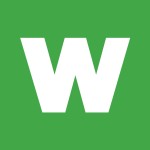 About the Author: The Write Life Team

We're a team of writers and editors here to help you create, connect and earn. To read more about us, visit The Write Life's About page.