6 Old-School Rules You Should Break as a Freelance Writer As freelancing has become more common, a set of “rules” has emerged as the norm. Blog posts advise us to put on pants, be active on every social media channel and pick a specific niche.

This is all good advice. But where do you draw the line between following the rules, versus being innovative and doing what works best for you?

Sometimes breaking the rules can actually strengthen your freelance writing business. Not convinced? Here are six rules you can break as a freelance writer — with advice from freelancers who’ve successfully flaunted them.

Yes, most communication these days is done via email. But the tried-and-true method of cold calling an editor can still be a smart way to break the ice. If you want to make your pitch stand out, consider picking up the phone.

“I’d just always thought if I [called editors], they’d view me as unprofessional (and kind of hate my guts for bugging them,” explained Deb Mitchell at The Renegade Writer. “I didn’t even get to leave voicemails with five editors before my phone rang.”

The editor had been delighted to hear from her, and wound up assigning her a story on the spot.

Before trying this strategy, read the publication’s submission guidelines. Some editors are clear that they prefer emailed pitches, especially if you don’t have a relationship with them.

However, if you feel that cold calling an editor is the best route for you, go for it. You could also send an initial email, then follow up with a phone call.

Don’t enjoy the phone? Consider other non-email strategies that play to your strengths. Writer Cinthia Ritchie successfully pitched a guest post to Carol Tice of Make a Living Writing on Twitter!

Yes, you want to follow the instruction in the publication’s pitch guidelines, but you also want to make your email (or phone call) stand out by showing off a bit of your personality.

How can you add personality to a pitch? Include a photo of yourself to your pitch, show your quirky side with personal anecdote, or tell a joke. If you can make the editor chuckle (or even laugh out loud), you’ll have a good shot at getting her to read the rest of your pitch.

Asking about the editor and hiring manager’s “spirit animals” during an interview helped my friend Claire Murdough land a contract writing job at a startup in San Francisco. Her question broke the ice, and got everyone laughing and talking. Plus, Claire knew the startup’s atmosphere and that her quirky personality has helped her land gigs in the past.

Even a bit of fun with grammar is a good idea. “When it comes to grammar, my stance is that rules are made to be broken — but you gotta know those rules backwards and forwards to have the authority to break them,” says copywriter Betsy Mikel.

“I find that grammar rules can get in the way of being conversational. When I have to weigh being conversational versus following a nit-picky rule, conversational often [wins] out,” explains Betsy. “Most people would rather read something written by a friendly human than a stuffy academic. So it’s mostly about putting readers first over the editorial rules.”

3. Pitch your idea and wait for approval before writing

Most pitching processes start out with you researching the site’s content, coming up with a topic, and then pitching your idea to the editor. If it’s accepted, you write up the piece as soon as possible and send it over for the editor to review.

But what if you flipped the script? Instead of waiting for an editor to say “yes” to your idea, try including the post itself in your pitch email (or at least a detailed summary) so he can see exactly what you’re talking about. This could help push your pitch over the edge from a “maybe” to a “yes,” according to freelance writer Steve Gillman.

Additionally, you’ll be able to better organize your time. Rather than waiting until the editor approves your idea after a week or two, when your schedule may be busier, you’ll have already written the post. You can spend more time pitching ideas, and less time trying to fit in a last-minute (and possibly rushed) article.

4. Submit a piece and relax

As writers, we spend the majority of our time seeking out an assignment, pitching ideas, researching content, writing a draft and editing our post. So when we submit the final piece to an editor, we believe we’re finished.

But we’re actually still a few steps from the finish line. Aside from any revisions the editor requests, you’ll need to respond to reader comments and questions on the published post. You should also send the editor a quick thank-you note showing your appreciation.

Finally, it’s important to share the piece within your network and on social media. Help spread the word by posting a blurb and link on Twitter, Facebook or Pinterest. Sharing the post with your followers helps demonstrate that you’re invested in the article, and it’s increasingly expected from freelancers, notes Carol Tice.

At the beginning of their careers, most freelance writers work for free or very cheap to gain more traffic and exposure, and build their portfolios. That’s great, but make sure you have a timeline for parlaying those unpaid gigs into paying ones.

“When I was first starting out, there were a lot of job opportunities that wanted to pay a very small wage and instead provide ‘exposure’ for me and my writing. I’m not saying exposure and getting your name out there is a bad thing, but you shouldn’t get in the habit of accepting exposure as a payment form or you’ll never grow your business and get where you want financially. After all, exposure doesn’t pay the bills!”

If you do plan to work for free, make sure you have a detailed plan outlining what you’ll learn from it, how many clients you’ll work with and how long before you’ll start charging for your work.

When it comes to getting paid, many editors want you to pitch them your rate before they will OK an article idea or long-term relationship. But this rule needs to be thrown out ASAP.

I’ve learned this lesson the hard way, and it’s meant missing out on a large amount of income. When at all possible, ask about the editor’s budget before quoting your freelance rate. Every time I’ve done this, I’ve been quoted at least $100 more for the piece than I was intending to charge (and in some cases even $500 more).

To weed out some lower-paying clients, you may want to consider listing starting rates on your website. “I currently put rates on my writer’s site. Since I started doing that, I’ve gotten [fewer] low-ball inquiries,” says blogger and writer Bree Brouwer.

“I may remove them at some point in the future (since I’m doing freelance gigs on the side of my job now), but I was surprised to see the difference [caused by] adding rates to my site.”

If you aren’t comfortable publishing your rates, be open to having a general idea of what you charge for certain packages. “I break the mold as a freelance writer by not having a set rate card,” says blogger Miranda Marquit.

“Many freelancers have a set rate card for their articles, but I prefer to have a general idea of what I want to charge for certain types of writing, and quote a rate based on the client, their needs, and other factors. Then I can negotiate. I’m more likely to negotiate rates on a client basis rather than offer a standard rate card to everyone.”

Which rules will you break?

Stick to your guns when you’re quoting your rates, but know when to ask what the client’s budget is, too. Don’t be worried that clients won’t pay what you ask. You’ll be surprised at how many editors pay handsomely for high-quality work — and how many red-flag clients you can avoid by charging a little more.

Some rules are meant to be broken! Find those that fit your personality and work style, and throw out the ones that don’t.

Which rules do you break as a freelance writer? 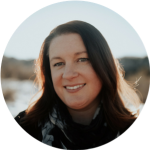 About the Author: Carrie Smith

Carrie Smith Nicholson is a professional blogger and consultant for virtual teams. After blogging for 7 years she sold her finance blog, carefulcents.com, for nearly six figures. Her book, The Ultimate Guide to Selling a Blog: How to Sell Your Blog for Six Figures and Be Your Own Broker is available on Amazon. Her writing has been featured in NBC News, Yahoo! Finance, Glamour Magazine, Redbook, and many other media outlets. You can connect with her on Instagram or Twitter @carrieconsiders.