Self-Editing Tips: 6 Ways to Make Your Editor Stop Yelling At You

Editors read for a living. They read all day long.

Some writing lands on their desk in excellent form, but a lot of it requires serious work with the red pen. Generally, editors are happy to help their writers to develop strong narrative arcs and believable characters.

The most annoying thing, though, is when their writers fall at the most basic technical writing hurdles. They should not spend their time replacing adverbs with strong verbs or changing from passive to active voice. These changes can and should be completed by the writer when they do their own first edit.

Editors have limited time to spend on your drafts, and that time is expensive. Taking a little time for self-editing can impress your editor and help prove your writing skills.

Here are six common problems to fix before your editor gets out the red pen.

When you write your first draft, it’s more important to get the story out than to get every word right. Spending too much time wrestling over every word can make you lose momentum.

So, if you need to write, “Mike drove quickly back to headquarters” while you’re pouring out a scene, then go for it. Your first edit is your chance to figure out how to make it stronger: “The tires screamed on Mike’s beat-up Honda as he raced back toward headquarters.”

In your first major edit, go back and reassess any adverbs you find. Sometimes an adverb will work perfectly, but more often than not, you will come up with a stronger way to get your idea across when you go back and look again.

2. Fix repetitive use of initial pronouns

This used to make my professor crazy. As an master’s student, I had a terrible habit of starting nearly every sentence with a pronoun. He did this. She did that. It is correct. Boring!

Aim to have fewer than 30 percent of your sentences begin with a pronoun. Vary your sentence structure as much as you can; it keeps your readers’ attention and makes your writing more engaging.

3. Get rid of cliches

Editors despise nothing more than unoriginality. Cliches, by their very definition, are unoriginal phrases. When writing fiction, try to come up with your own unique way to describe people or situations.

George Orwell said in his rules for writing, “Never use a metaphor, simile, or other figure of speech which you are used to seeing in print.”

Cliches are often the result of lack of imagination or laziness, and as Orwell says, are often “merely used because they save people the trouble of inventing phrases for themselves.” Replace any cliches with your own unique phrasing to touch your reader’s imagination in a whole new way.

4. Declutter your writing by cutting redundancies

Redundancies create clutter in your writing by adding more words, but not more meaning. Every word should be there for a reason. If it’s not needed, delete it.

Some redundancies are so common we don’t even realize it. How often have you heard someone talk about a “free gift”? As opposed to what — the kind of gift you have to pay for? The word “free” is redundant in this case; cut it.

Or those organizations that undertake a “joint collaboration.” Unlike all those individual collaborations? The word “collaboration” means people working jointly. Cut out the clutter so your editor doesn’t have to.

Overuse of passive voice is one of those things that can jump off the page to an editor as a marker of inexperience. Like adverbs and initial pronouns, sometimes you can use passive voice for a specific purpose and it will be perfect, but overuse will almost always weaken your writing.

Let’s look at an example:

Active voice: Dave kicked in the door. He jumped behind the sofa, shouted a warning and then ran through to the kitchen.

Passive voice: The door was kicked in by Dave. The sofa was jumped on, a warning was shouted and then the kitchen was run through by him.

In the first example, Dave is the subject and in the second example the door, sofa, warning and kitchen are the subjects. The second example is not grammatically incorrect, but it doesn’t sound right. Your verbs should refer to the doer rather than to the thing having something done to it.

6. Get rid of sticky sentences

Sticky sentences are full to the brim with glue words — the 200 or so most common words in the English language — like: is, as, the, that, etc.

Glue words are the empty spaces in your writing that your readers have to pass through to get to the meaning. Reducing the frequency of glue words increases the clarity of your writing, which makes your editor happy.

Original: Erica needed to get the key to the car and so she asked for the contact number of the person who was in charge of that department. (Seventeen glue words in a 27-word sentence. Glue index: 63 percent.)

The first sentence wobbles around searching for the point, whereas the second sentence is concise and clear in fewer than half the words. Learn to recognize sticky sentences and rewrite them before your editor sees them.

Give your editor a break! Let her concentrate on making your story more compelling and your characters more believable. Don’t bog her down  by forcing her to correct errors that could easily have been caught by you. You need her too much for that!

What revisions do you strive to make before you send material to your editor?
Do you have our checklist of 25 Editing Tips for Tightening Your Copy? Grab it here! 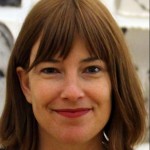 About the Author: Lisa Lepki

Lisa Lepki is an indie author, a staffer at ProWritingAid.com, and an active member of the grammar police. Lisa loves the challenge of extending the endless catalogue of writing rules in the ProWritingAid software (she and the team have 2,722 rules and that number increases each week!).

Jon Morrow explains how to use the power of guest blogging to catapult your blog to success.