This Author Sold The Movie Rights to Her Novel. Here’s How She Did It Have you ever daydreamed about selling the film rights to something you’ve written? Would you like to learn a surefire way to make that happen? That’s what I’m here to share with you today.

OK, let’s get real. If you’re skeptical of that claim you should be, because when it comes to getting published we’ve all heard an agent or another author say something like, “be prepared to work very hard, submit widely, and face a great deal of rejection along the way. Getting a book deal with a traditional publisher isn’t easy, and getting a movie deal is practically impossible.”

I continue to believe that this is generally good advice. But occasionally, very occasionally, stars align in unexpected ways. The story of how my first novel, “My Hands Came Away Red,” was published and how I went on to sell the movie rights to Wayfarer Studio is one of those crazy tales of weird and wonderful happenstance, and that is what I’m here to share with you today.

Don’t get me wrong. I did work very hard on that book, so let’s start there.

“My Hands Came Away Red” is the story of a group of teens who travel to Indonesia on a short-term mission trip, only to become caught up in a civil war and stranded in a mountainous jungle. Their struggle to get home threatens their lives and reshapes their worldview. I began writing this story when I was 18 years old and finally finished a complete draft 11 years later. It was then that things got weird.

I had no agent, so I chose three publishing companies I thought may be interested and sent them unsolicited queries. Two of them were interested, and within two months I’d sold the book.

After a year of edits (during which I developed an abiding appreciation and respect for talented editors) the novel was published. Then it was nominated for a major award and—through a series of wildly improbable events—its publication led me to the man who would become my husband.

A decade later I sold the movie rights.

How I met the person who would buy the movie rights

The year the novel was published I was living in Los Angeles. After years of sharing accommodation I’d just moved into my own apartment and—being somewhat lacking in both furniture and money—I bought a second-hand TV cabinet off Craigslist.

Unbeknownst to me, the person selling that TV cabinet was an actor named Justin Baldoni whose career was just beginning to take off.

When I arrived at his house, he was just as personable as he was attractive. He was friendly, he asked me questions about myself, and he showed a genuine interest in the novel I’d just published.

I had a box of books in the back of my car that hadn’t yet made it into my apartment. Before we parted ways that day, I’d bought his TV cabinet and he’d bought a copy of my book.

Shortly after that, Justin got in touch. He’d read it. He loved it. He wanted to buy the movie rights.

Why the publishing company initially said no

When the novel was published, I signed a fairly standard contract. As per that contract, it was the publishing company, not me, who retained control over any film or television rights.

As such, it was the publishing company who had the right to make a decision, and when Justin and I approached them with Justin’s request to acquire the rights, they said no.

The company that had published my novel was well-known for publishing Christian content. Justin followed the Baha’i faith. Although the publishing company didn’t fully explain their reasoning, I knew it was a reputational risk for them to sell the film rights to one of their popular novels to someone hailing from a different faith tradition.

I didn’t have any power in the situation and I barely knew Justin, so I was slightly disappointed by this outcome, but moved on.

Ten years later I was married to a career humanitarian worker and living in Vanuatu on a small island in the South Pacific. Justin was still in Los Angeles, going from strength to strength as an actor, and as a director and producer. He was busy wrapping up filming on the hit series “Jane The Virgin” and directing the movies “Five Feet Apart” and “Clouds.”

We had been connected on Facebook ever since Justin’s initial interest in my book, and one day I left a comment on one of his posts about an upcoming project. He replied and let me know he still wanted to buy the rights to my book.

I still didn’t know Justin well, but I’d caught many glimpses of his life and his thoughts via social media during the previous decade. From what I could see, Justin was a question-asker and a deep-thinker who had a genuine passion for sharing stories that helped people wrestle with important ideas related to purpose and meaning.

I had originally written “My Hands Came Away Red” to explore how unexpected trauma forces us to deeply question our ideas about God and people, right and wrong, faith and meaning. Justin, I thought, seemed to be well equipped to serve the heart of this story.

How I regained the rights to my novel

When I approached the publishing company again about selling the film rights they initially appeared more open. Justin and I met via video conferencing with the executive team and they signaled their willingness to collaborate. Less than a week later, however, they contacted me and let me know that they had reconsidered.

This could have been the end of the story. The publishing company was within their legal rights to decline to release the movie rights for reasons far less compelling than “the degree of polarisation evident in the US political and religious landscape means that a creative collaboration across faith traditions is highly likely to alienate a large chunk of our core customer base.” However, it was not the end of the story.

In a move that was both gracious and unexpected, the publishing company offered to return all rights to the novel to me and step out of the picture so that I could make my own decision on the matter.

Once the publishing company returned all rights to me I re-released the novel with a new cover and sold the film rights to Justin Baldoni’s film production company, Wayfarer Entertainment, for $1.

“Hang on,” you may be thinking. “You went to all that trouble to practically give the rights away?”

Not so fast. There were two main drivers behind this decision.

First, this particular book has never been about money for me. In fact, when it was published I gave away all my royalties to charities working on human rights issues in Indonesia. (This is not to say that writers shouldn’t care about money. To the contrary, you must be strategic about how you make writing pay if you aim to make a living from it, and there have been other writing projects I’ve undertaken where commerce really mattered, just not this one.) Because of this, and because I trusted what I knew of Justin, selling the movie rights was also never about what I could earn on an option.

Secondarily, however, selling the movie rights for $1 was a strategic choice. Anytime those rights are renewed beyond the initial 2-year period I earn more than that initial amount. The contract is fair and industry-standard with regards to anything I will earn from the project if and when the movie actually gets made, and I took that business aspect of this seriously. I hired a reputable entertainment lawyer to review the contract and advise me, and had constructive discussions with the Wayfarer team before the contract was finally signed.

The short answer to this is, “I don’t know.”

When I last talked with the Wayfarer Team they seemed enthusiastic. They had identified a scriptwriter and it all appeared to be picking up momentum. They told me they were committed to bringing this tale to life in a way that’s relevant to today.

However, that was during the early days of the COVID-19 pandemic (so, approximately 4.5 lifetimes ago). I don’t exactly know where Justin’s creative passions and interests are leading him during this time of exceptional upheaval, challenge and grief. If they continue to lead him towards a movie based on my novel, that will be wonderful and fun. If not, I’m sure that whatever he does sink his energies into will prove worthwhile, and I’ll enjoy watching it.

Many of the posts on this site serve up a great “how to” list towards the end of the post. I had a good long think about what how-to list I could extract from this strange tale and here’s what I came up with… a surefire recipe for how to sell the movie rights to your first novel in just 21 short years:

In all seriousness though, if there’s one piece of advice I do want to offer off the back of this strange tale it’s this: Spend at least some of your time making the art your heart keeps tugging you towards. Do it for you — because you feel you can and you should. Because it’s your responsibility and your privilege, your gifting and your gift. Do this, accepting that you cannot fully predict or control where it may lead.

So all the best, my fellow creatives, with your own work. May at least some of that work lie close to your heart, and may it lead you interesting and wonderful places.

Photo by Jakob Owens on Unsplash 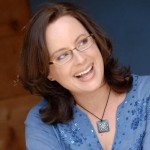 About the Author: Lisa McKay