As editor of FundsforWriters, hardly a day goes by that someone doesn’t ask: “Where do I find money to fund my writing habit?” It’s an innocent enough question, especially to an editor who professes to making a living at this craft and aids other writers with her weekly missives on the how-tos of earning an income.

My mind reels with snarky responses, silly, sarcastic, school-marmish, and third-grade-level replies because I’ve answered the question so many times. I ultimately answer in a positive, mother-hen manner, wanting to motivate the emailer, not chastise him. After all, writers run into enough negative responses already! The business is crazy complicated, and new people often spin in place hunting for the best advice, needing some sort of direction to get started.

But my answer to this question is always the same.

You find funding for your writing by writing for people who pay.

For some reason, we fear presenting ourselves as writers to professionals in our business, and that often interferes with the boldness needed to pitch. We take our work seriously, but we fear others will see us as frauds. I’ve had those thoughts, just like every other writer who’s ever penned a paragraph. But query we must, and if we must query, it might as well be to a good publication.

I dare you to “Keep 13 in Play.” That’s been my mantra for a decade. Keep thirteen pitches outstanding, whether they are contests entries, magazine features, paying blogs, or freelance copywriting gigs. Choose another number if you like, but I enjoy the in-your-face of number thirteen, daring bad luck to take me on. It takes some time to initially place that many queries, but once you’ve reached your magic number, you buckle down and write. Not because you’ve wasted a lot of time querying, but because you probably have a positive response by the time you reach your number. (And no, thirteen is not too many for even the part-time writer.)

That’s the fun part of “Keeping 13 in Play”. You’re so busy shooting queries out into the world that you don’t see the acceptances coming — and then they pop up and slap you in the face. I’ve even forgotten about submissions before, all because I was so preoccupied pitching stories.

And it gets more fun…

When you receive that acceptance, your thirteen has dropped to twelve, right? So you stop what you’re doing — stop in your tracks. And you pitch to another market to maintain that thirteen. When you receive a rejection, you’re in luck! Take that rejected query and slingshot it to another market. Then pitch another story to that person who just rejected you, while you’re fresh on his mind. Sure, he remembers you as a rejection, but truth is that he remembers you. Study his publication harder and throw another letter under his nose. Not only will he pay you more attention as you repetitively remind him that you are still interested (and prove you’re quite prolific), but you’ll probably improve your writing, your pitching, and your knowledge of the publication. And you’ve just added two more pitches to your “Keep 13 in Play” spreadsheet.

The reality of being a writer is that you aren’t easily discovered. You have to climb your way up this tall, rickety ladder, sharing the space with other climbers all around you. You seek paying markets and pursue them. They don’t come looking for you.

No paying market “discovers” you when you write for content mills or SEO sites.

No paying market “discovers” you when you write on your blog.

Writers must be proactive, and that means setting their sites on markets that pay and chasing them. Get your hands on market guides like these and use them:

Now, go out there and fund your writing. 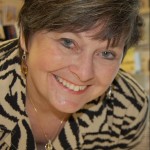 About the Author: C. Hope Clark

C. Hope Clark is editor of FundsforWriters.com, recognized by Writer’s Digest in its 101 Best Websites for Writers list for the past thirteen years. She is also author of the well-received Carolina Slade Mystery Series published by Bell Bridge Books. www.fundsforwriters.com / www.chopeclark.com - Twitter @hopeclark