The Worst Ways to Begin Your Novel: Advice from Literary Agents No one reads more novel beginnings than literary agents.

They’re the ones on the front lines, sifting through inboxes and slush piles. And they can tell us which Chapter One approaches are overused and cliché, as well as which writing techniques just plain don’t work when you’re writing a book.

Below, find a smattering of feedback from experienced literary agents on what they hate to see in the first pages of a writer’s submission. Consider this a guide on how to start a novel. Avoid these problems and tighten your submission!

Here are some of the worst ways to start a novel.

“I don’t like it when the main character dies at the end of Chapter One. Why did I just spend all this time with this character? I feel cheated.”
– Cricket Freeman, The August Agency

“I dislike opening scenes that you think are real, then the protagonist wakes up. It makes me feel cheated.”
– Laurie McLean, Foreword Literary

“I’m not a fan of prologues, preferring to find myself in the midst of a moving plot on page one rather than being kept outside of it, or eased into it.”
– Michelle Andelman, Regal Literary

“Prologues are usually a lazy way to give back-story chunks to the reader and can be handled with more finesse throughout the story. Damn the prologue, full speed ahead!”
– Laurie McLean, Foreword Literary

“Perhaps my biggest pet peeve with an opening chapter is when an author features too much exposition – when they go beyond what is necessary for simply ‘setting the scene.’ I want to feel as if I’m in the hands of a master storyteller, and starting a story with long, flowery, overly-descriptive sentences (kind of like this one) makes the writer seem amateurish and the story contrived. Of course, an equally jarring beginning can be nearly as off-putting, and I hesitate to read on if I’m feeling disoriented by the fifth page. I enjoy when writers can find a good balance between exposition and mystery. Too much accounting always ruins the mystery of a novel, and the unknown is what propels us to read further.”
– Peter Miller, PMA Literary and Film Management

“I dislike endless ‘laundry list’ character descriptions. For example: ‘She had eyes the color of a summer sky and long blonde hair that fell in ringlets past her shoulders. Her petite nose was the perfect size for her heart-shaped face. Her azure dress — with the empire waist and long, tight sleeves — sported tiny pearl buttons down the bodice. Ivory lace peeked out of the hem in front, blah, blah.’ Who cares! Work it into the story.”
– Laurie McLean, Foreword Literary

Note from Chuck: I’m taking on clients as a freelance editor. If your query or synopsis or manuscript needs a look from a professional, please consider my editing services. Thanks!

“I don’t really like ‘first day of school’ beginnings, ‘from the beginning of time,’ or ‘once upon a time.’ Specifically, I dislike a Chapter One in which nothing happens.”
– Jessica Regel, Foundry Literary + Media

“Someone squinting into the sunlight with a hangover in a crime novel. Good grief — been done a million times.”
– Chip MacGregor, MacGregor Literary

“Cliché openings in fantasy can include an opening scene set in a battle (and my peeve is that I don’t know any of the characters yet so why should I care about this battle) or with a pastoral scene where the protagonist is gathering herbs (I didn’t realize how common this is).”
– Kristin Nelson, Nelson Literary

“I know this may sound obvious, but too much ‘telling’ vs. ‘showing’ in the first chapter is a definite warning sign for me. The first chapter should present a compelling scene, not a road map for the rest of the book. The goal is to make the reader curious about your characters, fill their heads with questions that must be answered, not fill them in on exactly where, when, who and how.”
– Emily Sylvan Kim, Prospect Agency

“I hate reading purple prose – describing something so beautifully that has nothing to do with the actual story.”
– Cherry Weiner, Cherry Weiner Literary

“A cheesy hook drives me nuts. They say ‘Open with a hook!’ to grab the reader. That’s true, but there’s a fine line between an intriguing hook and one that’s just silly. An example of a silly hook would be opening with a line of overtly sexual dialogue.”
– Daniel Lazar, Writers House

“I don’t like an opening line that’s ‘My name is…,’ introducing the narrator to the reader so blatantly. There are far better ways in Chapter One to establish an instant connection between narrator and reader.”
– Michelle Andelman, Regal Literary

“Sometimes a reasonably good writer will create an interesting character and describe him in a compelling way, but then he’ll turn out to be some unimportant bit player.”
– Ellen Pepus, Signature Literary Agency

“In romance, I can’t stand this scenario: A woman is awakened to find a strange man in her bedroom — and then automatically finds him attractive. I’m sorry, but if I awoke to a strange man in my bedroom, I’d be reaching for a weapon — not admiring the view.”
– Kristin Nelson, Nelson Literary Agency

In a Christian novel

“A rape scene in a Christian novel in the first chapter.”
– Chip MacGregor, MacGregor Literary

“I don’t like descriptions of the characters where writers make them too perfect. Heroines (and heroes) who are described physically as being virtually unflawed come across as unrelatable and boring. No ‘flowing, wind-swept golden locks’; no ‘eyes as blue as the sky’; no ‘willowy, perfect figures.’ ”
– Laura Bradford, Bradford Literary Agency

“I’m turned off when a writer feels the need to fill in all the backstory before starting the story; a story that opens on the protagonist’s mental reflection of their situation is a red flag.”
– Stephany Evans, FinePrint Literary Management

“One of the biggest problems is the ‘information dump’ in the first few pages, where the author is trying to tell us everything we supposedly need to know to understand the story. Getting to know characters in a story is like getting to know people in real life. You find out their personality and details of their life over time.”
– Rachelle Gardner, Books & Such Literary

, from Writer’s Digest Books. We updated this post in August 2019 so it’s more useful and relevant for our readers! 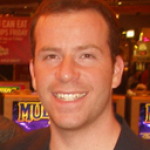 About the Author: Chuck Sambuchino

Chuck Sambuchino is a staffer at Writer’s Digest Books, best-selling humor book author, and freelance query/synopsis editor. He is the editor of the Guide to Literary Agents and the author of Create Your Writer Platform.