Why the Right Book Reviews are So Important for Authors When your book is released, it’s tempting to try to get as many reviews as you can.

You hope someone, anyone, will write an all-important Amazon or Goodreads review that will boost sales.

But authors and self-publishers who adopt a scattergun approach risk putting their book in front of the wrong audience — and ending up with lukewarm reviews.

As marketing expert and author Paul Youlten told me, “Bad reviews can simply mean the wrong person is reading your book.”

I had been complaining to Youlten about the reviews my second book had been getting. He’s a fellow member of the writing group I attend, and one of the few of us who works in marketing.

Which means I frequently ask him for advice.

What happens when you get the wrong reviewers

I know Youlton is right that there’s a wrong type of reviewer, because my publisher sent out my graphic, choose-your-own-adventure-style erotica to its pool of romance-book bloggers.

Not only was it hard to get those bloggers to review my book at all; those who did inevitably criticized it for not having enough plot or character development.

Many missed the point: In a book where the protagonist is “You,” the writer’s job is to create a space for the reader to fill with themselves.

“Do we even know her name?” one reviewer asked.

Others complained the books weren’t long enough, noting they are essentially a series of interconnected short stories. It was pretty frustrating to be judged harshly for something inherent in the concept of what I’ve written.

My publisher’s approach to getting reviews

I relied on the publisher’s expertise to help market my book in the right way to the right people, and I supposed marketing would start with the book bloggers and reviewers they approached.

But they aren’t focused on my books. They’re putting out as many titles as they can and hoping some stick. As long as, overall, they sell books, a few misses won’t matter.

“It’s the World War One approach to product development and marketing,” Youlten said. “Writers are just cannon fodder. Are you 16? Sign here. Upload your book here. Charge towards those reviewers over there. Good luck …Next!”

If you don’t want to end up a casualty, you need to find people from your natural audience to review your books.

Finding your own potential reviewers

Women in a certain age group isn’t a specific-enough audience. Think about what those women buy, what their hobbies are, and, Youlton noted, what online forums and groups they might belong to.

I have to admit this is where I wish I wrote crime thrillers because I’m not sure exactly what I would have to say in a fetish forum. I might write erotica, but my real life reads more like a chaste romance novel crossed with a baby survival manual.

Unfortunately, it’s not as simple as writing your first post in a forum to ask for book reviewers. “Zooming into a forum as a stranger with a finished book and asking for reviews isn’t the most effective way to work with communities on the internet,” Youlten warned.

“The key is to get the community involved at an early stage. Ask for feedback on the characters and plot and use the expertise within the community for research,” he said. “When you’re ready to find reviewers, you’ll be recognized as an interesting and creative member of the community. That’s more or less what EL James did. It can work for you too.”

Should you ask friends and family for book reviews?

It’s understandable that at the crucial release stage, you’ll want to enlist the support of friends and family, petitioning them for book reviews — even if it’s just a couple of lines.

Again, it’s best to be selective and only approach people who already read the kind of book you’re offering.

Even better, ask writers in critique groups who might be happy to review a book they helped shape in its earlier incarnations.

In launch week, you’ll have fewer reviews than later on, meaning prospective buyers are more likely to read all your reviews. If they’re mostly five-star, two-liners about how fantastic the book and the writer are with no commentary about the plot or characters, they could sound fake.

And Amazon apparently has ways of finding out if the reviewer is a friend and might even delete their support.

At this point, it’s not sales you’re after, it’s the metric that leads to sales: Reviews.

And while a lot of reviews is a powerful thing, a lot of good, genuine reviews is the real dynamite.

Authors, what’s your strategy for asking for book reviews that will drive sales? 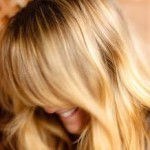 About the Author: Nicola Jane

Nicola Jane is the author of Follow your Fantasy and Follow Your Fantasy: Deeper out with Harper Impulse. She has also been published on Salon, XOJane and AlterNet.