Could Working on Retainer Help You Build a Reliable Freelance Business? Working as a freelancer can sometimes feel like you’re an explorer, always on a quest for greatness — or at least a steady paycheck. But without a band of Argonauts, you’re alone, trying to figure out if you’ve found the golden fleece on the horizon or just another ordinary pile of wool.

Freelance retainers, while not quite as thrilling as Jason’s hunt for the sheddings of a mythical beast, do have an air of mystery to them. And these types of freelance contracts are often just as hard to come by!

A “retainer” for a freelance writer usually refers to a retainer agreement. It’s a contract whereby your client typically pays you a set amount of money each month (or week or year) for a certain set of deliverables, a scope of work you agree on in advance.

Retainer agreements can either be really good or really, really bad. To decide whether a retainer agreement is right for you, I’m going to outline a few of the basic pros and cons.

Pros of working on a retainer agreement

Considering the amount of freelance writers who “swear by” retainer agreements, there must be something good about them, right? Well, yes.

If you know how to work them to your advantage, retainer agreements have several positives.

1. The pay is more reliable

One of the few downsides of self-employment is the income uncertainty that comes with it. The infamous “feast or famine” cycle has left more than one freelance writer running away in terror.

Your bills keep coming regularly, but your payment schedule is constantly up in the air. You might even earn more as a freelancer than you did in your day job, but not knowing when that paycheck will arrive can be stressful.

When you work on retainer, you typically don’t have that payment problem.

Provided your client pays as agreed, you’re guaranteed a steady flow of income. It’s the closest a freelance writer can get to a reliable paycheck and recurring work while still being their own boss.

2. You can get (and keep) better clients

Entering into a retainer agreement takes trust from both parties, but especially on the client’s part.

Typically only the “best” of your clients will suggest keeping you on retainer. These tend to be the clients you’ve worked with for a long time, who are most familiar with your dependability and general amazing-ness. Since you already have a working relationship, those clients are also already familiar with your rates.

Plus, you’ll also be able to work for a smaller group of “premium” clients – rather than a scattershot of “anyone who comes along” like you may do now.

There are a few exceptions to this rule of course, but most clients would rather continue to work with a freelance writer they know they can rely on than scour the Internet looking for someone new every time they need a writer.

By setting up a retainer agreement, your clients have an added layer of confidence that your services will be there when they need them. In other words, it creates a feeling of security not only for you, but also for them.

Cons of working on a retainer agreement

Not everything about working on retainer is all it’s cracked up to be. You may encounter the following disappointments:

Some clients prefer retainer agreements because freelancers sometimes offer their services at a slightly decreased rate in exchange for steady pay.

While this can be a disadvantage, it can also work in your favor, depending on the rates you agree on. Why? Because when you’re on retainer, you no longer have to spend as much time pitching or trying to land work. Those aren’t billable hours!

If you know you’ll get paid consistently for a certain number of hours, it might make sense to take a small hourly pay cut; if you set your rates in a smart way, you’ll still make more in the long run.

When you work on retainer, you may find that some client months entail little or even no work; while other months you’ll be overworked.

If a client expects you to be “at the ready” 40 hours per week, but according to your retainer, you only get paid for five, then your monthly rate quickly becomes less than you’re worth.

As a freelancer on retainer, you still have to be clear when you communicate about expectations, scope of work, and deadlines. Even though you have a steady work agreement, you may not be able to make assumptions about what’s headed your way in the coming weeks or months.

3. You’ll have to deal with scheduling conflicts

While working on retainer, you’ll always have a potential deadline hovering over you. And depending on the specifics and flexibility of your agreement, your deadlines may be highly inconsistent. Essentially you’re under contract to be at your client’s beck and call.

When you have a vague retainer project deadline looming over your head, it can be hard to accept and schedule other time-sensitive work. Even when your deadlines are clear, if your workload changes from month to month, you’ll still be left in the dark. You never want to risk overbooking yourself and, if you’re on retainer for an unpredictable client, it’s harder to judge when that’s a possibility.

4. Dependency issues are common — on both sides

Since your contract likely states you’ll be “at the ready” whenever your client needs you, you might be kept on a relatively short leash. Many of us left traditional work behind to be our own boss, so the expectation that you’ll always be available can be frustrating. This is something you might want to put limits on from the get-go.

However, personal frustrations aside, retainer agreements have a potentially more sinister side-effect: dependency. They encourage you to place all — or most — of your business eggs in one basket. And that almost always spells disaster for freelance writers.

Even with a retainer agreement, you’re still a freelancer and your client has the option to leave you at any time — so you can’t rely on a single client to get you from month to month. You still want to diversify your income sources!

Perhaps the best solution here is to have several clients on retainer, so you’ve both diversified your income and can rely on those paychecks month after month.

How to make the most of working on retainer If you have amazing time-management skills and a little less freedom feels like a fair price to pay for steady income, then working on retainer might be for you.

But if this is a path you want to pursue, take heed of the following:

Remember: you can always renegotiate with your client at a later date and sign a new contract with that updates each party’s responsibilities. Nothing is permanent.

Stick to project-based arrangements that can be done routinely: three blog posts per month, or a set number of social media posts, e-newsletters or other repeating content updates.

Above all else: Be realistic. If your schedule is already stretched to the limit, say “no.” Don’t let the lure of a steady paycheck fool you into thinking you can somehow materialize extra hours in the day through sheer will alone.

Have you ever worked on a retainer agreement? What advice would you add? Let us know in the comments! 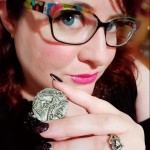 About the Author: Lauren Spear

Lauren Spear (née Tharp) is the owner and creator of the multiple award-winning LittleZotz Writing. She's written hundreds of bylined posts helping freelance writers to become BETTER freelance writers, thousands if you count all the things she's ghostwritten (but she's not allowed to talk about those). She's also the founder of HorrorFam.com, a community-based website for horror enthusiasts.