Worldbuilding: How to Create a Believable World for Your Fiction Characters When you hear the term “worldbuilding,” what comes to mind?

For some, it might be George Lucas’ classic Star Wars universe; for others, perhaps it’s the sprawling, gritty world of George R.R. Martin’s A Song of Ice and Fire series, the not-so-distant future of Orson Scott Card’s Ender’s Game, or the richly detailed Middle-earth of J.R.R. Tolkien’s The Hobbit and Lord of the Rings.

An author creating his story’s world has the power to develop it in every way. What will the world look like? How different is it from our own? What new and interesting creatures will inhabit it? What will the people be like? What about the cities and landscape?

Considering these elements is crucial to creating an interesting, engaging and believable world — in any genre, not just fantasy or science fiction.

Before you write your next story, make sure to give your characters’ world the attention it deserves. When it comes to how to write a novel, consider worldbuilding one of your first priorities.

Why do I need to build a world?

We think a lot about how to create a character. But your characters need a place to live, work and play, too! Every one of your favorite books, movies and TV shows involves building a world, even if it looks a lot like our own.

Would the story of the two young lovers from very different backgrounds have been as gripping if it hadn’t been set aboard the Titanic? Part of what makes a story work so well is the world where it takes place. We all knew the inevitable conclusion to Rose and Jack’s story, and this helped us connect with the tale and its characters.

In many ways, the world you build for your tale will be a character in itself: it will have its own look, feel, sound and smell.

It’s the favorite coffee house where your protagonist gets his coffee and morning gossip. It’s the mall where your hero buys her clothes. It’s the planet where the rare mineral is harvested. It’s the place you create to let your characters do what they’re in the story to do.

How does worldbuilding improve my story?

Just like every facet of each character might not make it into your story, the same is true for their world — but it’s still important for you to know and understand these details. The more intricately and intimately you know your story’s world, the richer your writing will be.

The coffee shop where your protagonist stops each morning becomes more interesting when the reader picks up on details of the décor or the fact that the barista is a former mafia hitman. Just because you don’t tell your reader that the dark-roast coffee beans are kept on the second shelf down, doesn’t mean you shouldn’t know it.

Taking this level of care with your worldbuilding will carry into your writing and make your story more believable. The secret to worldbuilding: consider all aspects

Go beyond just outlining the setting your characters live and work in. Think about the laws that govern the world, the way the government works, the world’s history, geography, technology and mythology. Create your world, and then push yourself to go deeper.

The Harry Potter books are a great example: J.K. Rowling created an entire magical world, set within our own, each with its own government and laws. She pulled elements from classic mythology, such as a phoenix and centaurs, and invented myths of her own, like the story of the Elder Wand. Her characters’ history matches up with our own in some ways, such as a magical war raging alongside World War II, but differs in others, with an entire book devoted to the history of Quidditch.

Crucially, muggle technology, like electricity, does not work properly in magical environments. Rowling’s decision affects her characters in many ways, the least of which is that all their school research requires dusty library books instead of Google.

Struggling to create a world for your characters?

Here’s what makes good worldbuilding and how to get started.

1. Read about other authors’ worlds

The tiniest element of another writer’s creating could inspire your world. Take note of how the writer shows, rather than tells, elements of her world.

Worldbuilding isn’t just for books. Try Tombstone, Blade Runner, Waterworld or How to Train Your Dragon.

What did the movie-makers do to make the world come alive? Pay attention to the details that add life and depth to the story.

Take two ideas from different places, put them together and add your own twist to create a whole new world. This is especially helpful if you don’t know how to get started.

4. Draw a map of your story’s world

It doesn’t have to be fancy; a quick sketch will do. Then add more detail to flesh it out and help you visualize what you’re creating.

5. Think about the history of the world

What kinds of people live there? Are they like you and me? What makes them different?

6. Consider what kinds of flora and fauna live in your world

What kind of technology does your world have? What is the government like — or is there one? What is the culture like? Do its inhabitants have fads and styles?

It’s easy to lose yourself in creating a world and want to tell the readers everything about it.

Unfortunately, as fascinating as you find your world, the reader will quickly get to the point where they don’t care: they want the story.

Your world is not the central character of your story. While it may take centerstage at times, ask yourself whether each highlight helps move the story along.

Does it develop the characters in some way? Or is it something you want to add because you worked so hard to develop it? If it’s the latter, leave it out.

Learn more about worldbuilding with these resources

For more advice and examples of great worldbuilding, check out these books and blog posts: 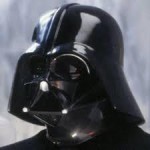 About the Author: Tim Hillebrant

Tim Hillebrant is a team member at Writer’s Carnival, an online community where writers can post original stories/poetry and review each other’s work. It’s a place for them to connect and share in their love of all types of creative writing from poetry to novels, through posting for feedback, forums, group discussions and status updates.