You know you should create your own online home and “develop a readership” before your book comes out. But what exactly does that mean? How do you actually do that?

When I first started building an audience for my book, I wanted to find examples of individuals who were doing it well. There are lots of great examples from the non-fiction world, but how are fiction writers accomplishing this? How were they structuring their online presence? How were they interacting with potential readers? And what the heck were they writing and talking about?

If you spend any time on various online platforms, you’ll find a lot of marginal content: individuals who are purely self-promotional or websites with poor design. To give you some great models to emulate, here are some examples of authors who are engaging their readers in a meaningful way.

Many of us know Joanna Penn from her popular blog, The Creative Penn, but she is also an accomplished mystery/suspense author.

Joanna has successfully made the leap from self-published to traditionally published author. At her author site, JFPenn.com, she blogs about ancient books, cities, and the psychology of religion — all common themes in her novels. She also interviews other authors in the same genre.

Joshilyn Jackson also provides a great example of what to write about on a blog. She’s had her blog since 2004 — eons in the blogging world. Joshilyn makes a big distinction between blogging for writers and blogging for readers. She blogs for her readers and mostly blogs about “ridiculous stories of the messes I tend to get myself into.” Joshilyn’s blog has the same strong voice and wittiness that she’s known for in her novels.

Dana Stabenow is a mystery author with more than 20 published novels. She’s a master at cultivating an engaged readership. A group of dedicated fans dubbed themselves the “Danamaniacs” over twelve years ago. They have their own Facebook page to discuss Dana’s work and hold online chats.

Dana has offered a digital newsletter, the “Roadhouse Report,” since 2004. Dana is also active on Facebook and posts frequently about life in Alaska — her home and the setting for all of her novels — and other topics she finds interesting or intriguing. With more than 11,000 Facebook fans and 1,200+ Danamaniacs, she has a loyal and engaged group of readers.

The tagline of fantasy author Justine Musk’s site is “because you are a creative badass.” She has two traditionally published novels and an active presence on Twitter.

What makes Justine unique is she’s using Pinterest as a planning tool for her next novel. The images she pins range from tattoos to quotes that hint at a troubled soul and a dark side. I know I’m intrigued. (Inspired by this idea? Click to tweet it!)

Neil Gaiman’s work ranges from comics, short stories and novels to films. He posts frequently in his online journal but he has also created a message board where readers can interact and discuss his work. Go check the forums to see how they work, but beware the rabbit hole: there are over 250,000 posts.

Maureen Johnson, a UK-based author dubbed the “Queen of Teen,” has an active presence on Twitter. She’s recently taken up knitting and has promised a badly knitted scarf for anyone who could help her gather 8,000 Twitter followers after a snubbing by @Huffpostbooks.

Whether that was an ill-willed or in-jest comment, Maureen isn’t afraid to let herself be seen and she posts witty comments about current events and quirky things that catch her eye. She’s funny, relevant and her followers love her.

John Scalzi writes sci-fi fantasy and graphic novels. He’s active on Google+ and often posts upcoming book covers for his graphic novels. He also engages his readers in photo caption contests and posts teasers of first lines of his work-in-progress.

Finding common themes in your writing is a great place to start engaging your audience for a fiction writer. Much in the same way that it takes some trial and error to develop your voice as an author, it will also take some time to find your online voice on your platform of choice. You may even need to experiment with several platforms before you find one that’s the best fit for you.

Five steps to developing your own engaged readership

So how do you follow in these great authors’ footsteps? Here are a few places to start.

1. Observe some fiction authors with great engagement. You can start by following our list, but aim for 10-15 different authors to see a wide variety of examples.

2. What do you like about how they engage their readers?

4. Model the style of the authors whose engagement resonates with you on the platform of your choosing.

5. Continue to hone your voice and find your own style.

Bonus points: Eventually you’ll want to provide your fans an opportunity to not only interact with you but also interact with one another.

Most importantly? Be yourself.

Regardless of which platform you choose for concentrating your energies, building an online engagement with your readers is time well spent. You’ll be building loyal fans, one reader at a time.

Did we miss any fiction authors who have great reader engagement online? Let us know in the comments. 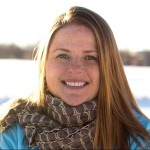 About the Author: Lorena Knapp

Lorena Knapp is a medevac helicopter pilot flying in Alaska. Between flights she blogs at BigStateBigLife.com and is in the middle (she hopes) of revising her first novel.