Many writers are afraid of writing.

As a blogger and writer, I’m approached quite often by friends and readers who are interested in starting to freelance, or to write on their own.

The truth is that they’re all better writers than me, but they haven’t decided to start a blog, write a book, or begin freelancing, because they believe the bunch of lies that their mind tells them about writing.

There are several myths that I’m tired of hearing over and over again, so today I’m going to debunk them. Here are five common lies writers believe — and why they’re all wrong.

1. I have nothing to say

This is a bald-faced lie.

2. No one will listen to me

Well, it’s really hard to listen to someone who never says anything.

If you write something, at least you give people the option of listening to you. If you keep everything bottled up, you don’t even give them the chance.

This is easily the worst excuse for not starting. Even if nobody reads anything you write, writing will make you a better thinker, and will allow you to communicate your thoughts more clearly, simply by practicing.

You don’t have to be. I don’t want to be the bearer of bad news, but people aren’t interested in you. You know what they’re interested in? Themselves. Seriously.

More than anything, people are interested in themselves and in their problems. If you write about things that affect them, it doesn’t matter if you’re the most boring person who’s ever lived. In their eyes, you’re going to be incredibly useful because you speak to their needs, and help them solve their problems.

If you focus your writing on solving problems, your readers will find you more interesting than the Dos Equis guy.

That’s not true. While you might not get a million-dollar book advance, you can make a pretty good income from digital publishing. If you don’t believe that, just look at Alexis — or Ali or Dana or Chris or Darren. If you’re into writing fiction, just take a look at Johnny: he’s made novel writing his full-time gig.

Heck, I’ve managed to do it, and I’m not even that great of a writer.

The fact is that writing is a medium of communication. If you can use communication to help solve problems, you’ll always be able to charge for it. While they might not look like the book deals of thirty years ago or the newspaper dynasties of the last century, writing careers certainly aren’t dead. They’re just changing.

5. I can’t compete with CNN

Good news! You don’t have to!

The traditional media channels are dying. They’re becoming more and more segmented according to people’s interests. You don’t have to compete with CNN. You can create your own little media network, and be a miniature giant.

Besides, with how ridiculous the news networks are becoming lately, do you really want to “compete” with them? You can do way cooler things on your own, without waiting for permission from the corporate politics and bureaucracy which plague huge media companies.

Did any of those excuses hit home? If so, good. They should.

Get rid of your excuses, pick a favorite writing tool and start writing.

Because, when it comes down to it, there’s really only one defining characteristic of a writer:

What lies have you told yourself about writing? How did you move past them? 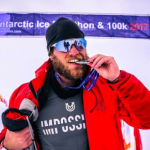 About the Author: Joel Runyon

Joel Runyon is the creator of IMPOSSIBLE.