Author Platform: Here’s What All the Fuss Is About

If you’re an aspiring author who doesn’t know what an author platform is, you might be the very definition of ignorant bliss.

I say this with love, maybe even a little envy, because author platform has taken on an astoundingly important role when it comes to whether or not a writer will get a traditional publishing contract — and it’s equally important to self-published authors who are serious about their writing careers.

The rise of the author platform as an industry obsession is a relatively new phenomenon. While industry folks may argue that platform has always mattered, today it’s more important than ever before.

A huge shift has transpired in the past decade when it comes to what agents and editors weigh when deciding what projects to represent or publish — and in some cases an author’s star quality matters more than his or her actual book.

I acquired nonfiction women’s books for Seal Press over the course of eight years during the height of this shift. In 2004, when I started, author platform was barely on our radar; by the time I left in 2012, it was the most important factor in determining whether or not we’d make an offer on a project.

What is author platform?

Many aspiring authors believe that platform is all about social media, but in fact Twitter, Facebook and Pinterest are only small pieces of the author platform pie.

Here’s what I was looking for as an editor and what I now try to help authors hit in their book proposals:

Some of these factors, like personality and ability to execute, are difficult to gauge. But these very factors are why authors with popular blogs and established fan bases get book deals: because they’ve proven that they have a cult of personality, and they follow-through.

These important yet intangible factors also highlight one of the ways in which literary agents are valuable to editors. If an agent and an editor have a strong working relationship, oftentimes the agent serves as someone who’s vetting an author’s personality and follow-through.

Both of these authors garnered large advances on the strength of their platforms (which were not specifically strong on social media) while I worked with them.

Andrea had almost no social media presence, no previous books, and not much by way of previous coverage. She couldn’t showcase that she had a strong existing readership, either.

What she had was a well-known agent I had bought books from in the past and whom I trusted when she told me Andrea would execute. Her contacts were stellar — including Ralph Lauren, who ultimately gave her a blurb and threw her launch party.

She was also clearly an expert on her topic, maybe even an industry leader, having worked in the beauty industry for decades. Seal made a strong offer for the rights to publish her book.

2. Mark Nepo, author of The Book of Awakening

In 2010, Oprah chose Mark’s The Book of Awakening (originally published in 2000) as one of her ultimate favorite things, shooting it to the New York Times bestseller list and changing the course of his career.

When Mark got picked up by Simon & Schuster for his next book following his meteoric rise to fame, he had a negligible social media presence and little previous media. He had a new fan in Oprah, though (contacts!), a huge existing readership, expertise in spades and a whole library of previous books to his credit.

In Mark’s case, the Oprah touch made a big difference (when doesn’t it?), but he’d sold a book to a traditional publisher just a few months before being “discovered” by Oprah, so while his advances are bigger now than they were, he’s an example of an author who was already getting publishing deals based on expertise, an existing readership, and previous books.

In case any fiction writers are reading this and wondering whether any of this matters to you, I would say yes…but less so.

Fiction authors are scrutinized for the other aspects of platform as well: contacts, previous books, previous media, social media, readership, ability to execute. It may take getting a book or two under your belt to grow a readership (which is why there’s a case for novelists to kick off their own careers through indie publishing), but no, you’re not off the hook.

Building your author platform is a process

If you’re a writer who wants to publish in any capacity, author platform can be a difficult thing to wrap your mind around. What’s expected of you can feel overwhelming, if not insurmountable.

In addition to teaching and writing about platform, I’m growing my own, so I empathize with the glazed-over looks I sometimes get from authors who ask me questions like, “Do I really have to do all of this if I want to be a published author?”

The key is to take it slow. For writers who are just beginning, it can feel like you’re coming really late to a party that’s been going on for years — and that’s in essence exactly what’s happening. If you look at someone who has thousands upon thousands of Twitter followers, it’s likely they were an early adopter.

Remember that what you bring to the table already — just by being you — comprises a large part of the pie: expertise, personality, and ability to execute.

With this you at least have a foundation, and possibly, with the right project, enough to land a deal. But most authors need to start to layer on the rest of the components in order to prove to a publishing house that they’re worth a bet. No matter how good they think your book might be, if an editorial board can’t justify its sales potential, they simply won’t offer you a contract.

Remember this sometimes hard-to-swallow fact: getting rejections is often not about how good your book is, or whether it deserves to be published.

It’s about editorial boards weighing whether they think they can sell thousands of copies of your book — a tall order for any author. Your platform is an engine working for you to meet that goal, and all you can do is to keep growing it, a day at a time.

At the end of the day, none of this is science.

Some authors receive many rejections before self-publishing bestsellers (Still Alice, by Lisa Genova); some authors get deals based solely on their social media presence (Sh*t My Dad Says, by Justin Halpern); and some authors have no platform but manage to land book deals anyway. (Don’t look to the outliers to make a case for not attending to your platform, though.)

Platform-building is a fine balance between being authentic and pushing yourself outside your comfort zone as much as you can — but not to the point where you’re overwhelmed and paralyzed.

Take it a day at a time, and don’t be hard on yourself if you feel behind.

Building your platform is a marathon, not a sprint. You will get there, but it takes time. 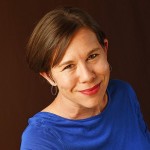 About the Author: Brooke Warner

Brooke Warner is publisher of She Writes Press and SparkPress, president of Warner Coaching Inc., and author of Write On, Sisters!, Green-light Your Book, What's Your Book?, and three books on memoir. Brooke is a TEDx speaker, weekly podcaster (of “Write-minded” with co-host Grant Faulkner of NaNoWriMo), and the former Executive Editor of Seal Press. She writes a monthly column for Publishers Weekly.