How to Become a Foreign Correspondent: An Accidental Journalist Shares Her Story I liked being in the know when it came to current events. I liked learning from others’ stories. I was competitive by nature, and plenty curious too. On top of all that, I even liked to write.

Yet still, when I began my first job in journalism at age 22, copyediting a short-lived English-language business magazine in Egypt, I never thought that a career in media would stick. More so, it was an opportunity to make a few hundred dollars a month while learning Arabic and hanging out with friends at Cairo bars that overlooked the mighty (and quite dirty) Nile.

“I like writing, but I definitely don’t want to be a REPORTER. You know, the sort of person who does interviews and goes to press conferences,” I wrote in a journal at the time.

Fast forward five years, and now I have a book coming out about exactly that, my life as a reporter in a country I never dreamed that I would call home, Yemen.

How did I become a freelance foreign correspondent?

While there have been some hard knocks along the way, and there are parts of journalism I really — I mean really — don’t like, and I definitely have embarrassed myself in front of editors (“What’s a nut graf?” I once asked the foreign editor of the San Francisco Chronicle during a phone conversation), I wouldn’t trade in this life for anything else.

That’s what being a freelance foreign correspondent-turned-author has become: a life. It’s far from a 9-5. It’s all-encompassing, and in the end it was exactly what I wanted.

Furthermore, it wasn’t as hard as one might think to get here. At least not conventionally difficult. Living in a place with scant electricity while trying to file stories for the New York Times, that was hard, but getting the gig wasn’t.

Learning the tricks of the trade

After I began the job copyediting at the magazine in Cairo, I was speaking with a friend of a friend at a party late one night over a bottle of duty-free Jameson.

“You speak Arabic. You’re young. You should do it! Why not?” he encouraged. This twenty-something American, Steve, was a freelance correspondent who wrote for publications like the Christian Science Monitor. He was moving back to the States shortly and thus, he said, was happy to tell me the tricks of the trade. I emailed him the next day, pushing past my defeating headache, and asked if we could meet for coffee.

That’s when Steve taught me how to pitch a story. All I needed was a good idea and the ability to write, he told me. That’s it. I didn’t need to go to journalism school — though he had — and I didn’t need any fancy accreditations.

Notably, the fact that we were abroad made my start in journalism all the more possible. The playing field was smaller. That’s why when new graduates ask me how to start a career in journalism, I often tell them to move abroad and find a job at local English-language press, because I know if they are savvy enough, they’ll figure it out from there.

[bctt tweet=”Want to be a journalist? Move abroad and work for English-language media, says @kasinof”]

Back in Cairo at 22, I didn’t think following Steve’s advice would be easy, but it was. I was full of ideas.

What was interesting about life in Egypt? That Egyptian young people were using Facebook to organize politically in a country where other avenues for freedom of expression were cut off. Another: that Iraqi refugees who worked for the U.S. military during the invasion were now being denied resettlement to the US.

Making my own lucky break

I can’t say that I am very proud of my clunky writing from those years, but I was trying. I called editors and bugged them and forced them to listen to me.  Most important of all, every time I crossed paths with a real foreign correspondent, someone established, I showed them I was eager to learn. Occasionally, one of those people would help me.

That’s how I was connected with the New York Times. A friend in Cairo introduced me to the Times’ Cairo bureau chief. Two years later, he would let me do some work for him. I sat in the paper’s small apartment-turned-office on a tree-lined street in the neighborhood of Zamalek, saw my byline in the New York Times and didn’t believe my eyes.

Then I moved to Yemen, and then the Arab Spring started. Protests and hope from the Middle East filled the media, but so did violence. The learning curve skyrocketed. I learned about reporting because reporting for the Times was such a serious endeavor. I learned about how humans behave in conflict, and I learned how to weasel my way into interviews with government officials.

My best advice for aspiring journalists

When new journalism graduates come to me for advice, they’ll often ask: “How will I know if I have what it takes?”

“The most important thing for someone who is trying to start a career in journalism,” I’ll tell them (and this advice holds true for anyone who wants to be a writer) “is to not be afraid of failure.” Listening to fear when I was in a conflict zone in Yemen was wise. But letting it prohibit me from putting my all into my writing? Never.

Have you ever dreamed of working as a foreign correspondent? 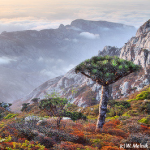 About the Author: Laura Kasinof

Laura Kasinof is a freelance journalist currently living in Colorado. Her first book, Don't Be Afraid of the Bullets: an Accidental War Correspondent in Yemen, about her experience reporting for the New York Times from Yemen, is due out this November from Arcade. An Arabic speaker, Laura spent five years living between Egypt and Yemen. Her work has also appeared in the Washington Monthly, the Economist, the Christian Science Monitor and Guernica, among others.