Hearst Killed The Mix. Here’s What Its Short Life Taught Us A few weeks ago, with zero fanfare or warning, Hearst killed its outside-contributor program The Mix.

I first learned the news in a Facebook group for contributors, where reactions were shocked, confused, and for the most part, sad.

I was among those disappointed by its demise. Here’s why…

How The Mix worked

In case you’re not familiar with the platform, here’s a brief rundown of how it worked:

You applied to become a contributor, and if accepted, you’d receive Hearst’s writing prompts (written as headlines) via email each day.

If you saw a prompt you wanted to write about, you had two days to submit your piece. Hearst selected one story for each prompt, which it then published on one of its sites — huge titles like Cosmopolitan, Good Housekeeping, and Esquire.

The platform and its prompts were controversial: Jezebel called it a “personal essay tragedy content farm,” and some said it was “profiting off aspiring freelance writers who need to pay rent.”

But others (me included) appreciated the ability to write a quick story that had the potential to be picked up by a huge publisher.

After all, it’s just a more competitive version of writing “on spec“ — without having to undergo the pitching process.

My experience writing for The Mix

I heard about The Mix last summer, and in true writer fashion (no deadline? no problem!), waited a while before applying.

Even after joining the network, it was several months before I saw a pitch that really drew my attention.

It was: “Please don’t sit on my bed in your outside clothes.”

As my friends know, I border on obsessive-compulsive when it comes to bed cleanliness. This headline was written for me.

I also assumed fewer people would answer this prompt, as opposed to other, more general ones like, “My boyfriend had a secret that ruined our relationship.”

So, I whipped up a story.

Soon after, an editor requested edits. I still didn’t know if I was going to make the cut, but I eagerly addressed them… and waited.

The next day, a nondescript email arrived in my inbox saying, “Your story is now published on Cosmopolitan.”

WHAT? I was elated.

As the story caught fire, the emails continued to arrive. Your story is now published on Country Living. On Redbook. On Marie Claire. On Town & Country.

Why I’m sad The Mix died

For people who normally write for magazines, maybe that figure isn’t that impressive.

But me? I started jumping up and down when I saw that check. It’s exponentially more than anything I’ve made writing a single piece.

My experience, I’ll admit, probably isn’t typical. The topic of my story (to no credit of my own) was at the perfect crossroads — of really bizarre yet just common enough — to make it go viral.

Still. Even if you never submitted anything to The Mix, but read its prompts, it provided excellent market research. If Hearst was interested in a particular topic, other publications probably would be, too.

It also sparked ideas: I, for example, never would’ve dreamed of pitching a story about sitting on the bed in your outside clothes.

But for me, the biggest benefit of The Mix was this: It made me finish a post.

I don’t know about you, but I have half-written drafts lurking on my desktop and Google Drive — even in the notes of my iPhone.

With The Mix, the limited timeframe and temptation of seeing my work on one of the biggies made me sit my butt in a chair and actually ship something.

Had my post been rejected, I still would’ve had a finished piece to pitch elsewhere; I heard about other Mix writers who had success with this.

What we learned from The Mix

There are a few things we can take away from The Mix’s short life:

Refuse to work for free. If a publication is big enough that you’re tempted to work for them for “exposure,” it’s also big enough to pay you. The Mix’s pay was pretty crappy, but it was better than HuffPo’s, and more importantly, it rewarded you for a successful post.

Sometimes headlines are all the inspiration you need. I’ve now created a list in Wunderlist where I write headlines I might someday want to flesh out.

Pitch and ship. Those half-done drafts aren’t doing anybody any good. So pitch them somewhere. Only once that deadline is looming will you actually get motivated to finish them.

A writing career is not “one size fits all.” Many writers scorned The Mix, and, I’m assuming, the people who wrote for it. That’s okay. For me, it was a killer opportunity, and I grabbed it.

You don’t have to create your writing career like other people. And you really shouldn’t sit on the bed in your outside clothes.

Did you write for The Mix during its short tenure? What was your experience? 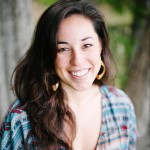 About the Author: Susan Shain

Susan Shain is a freelance writer. She founded Where to Pitch, a website that helps writers find homes for their stories, and also sends out a monthly newsletter with freelance writing tips.