When you really, really want to write for a blog, magazine or newspaper, you put in serious effort to make your pitch stand out. You study the content, you align your writing with their style, and you polish your submission until it’s perfect.

And yet sometimes, your submission still gets rejected. And it sucks.

After receiving rejections, I’ve winced, cried, deleted entire pieces and fallen victim to writer’s block. And then one day, I received the kind yet firm “no” that pushed me over the edge.

Long a reader of the New York Times’ Modern Love column, I dreamed of submitting my own story, but knew it needed something special to stand out. Then Hurricane Sandy happened.

As my fireman husband saved our neighborhood, I hunkered down as first responder to our one-year-old, alternating between worrying for his safety and ours. What relationship story could compare? I knew this was it. This was my Modern Love piece. It wasn’t — but the editor was very nice about it.

Rather than letting the rejection ruin my day, I decided to change my outlook and strategy to fire myself up. Here’s how I turn every rejection into my next accepted pitch.

[bctt tweet=”.@dawnturzio turns every rejection into her next accepted pitch. You can, too.”]

Let yourself be mad

Acknowledge your emotions. It’s disappointing when the piece you poured your energy into doesn’t live up to an editor’s standards!

You’re not likely to do your best work while you’re focused on your shortcomings. Take a break to go for a walk or squeeze a stress ball until it no longer takes on a round shape. Whatever activity helps you move forward, don’t start working again until you’re able to focus on your writing again without as much emotion.

Once you’re able to look at your piece again, reread it and brainstorm a list of markets that publish similar content. You already know who doesn’t want it, so investigate other options — and look beyond your usual contacts. Usually stick to print? Add a few blogs to your list. If you’re all about online writing, why not aim for a newsstand glossy? If you normally stick to U.S. publications, try an international magazine.

This list, your starting point for the reject’s rebirth, is also a great resource for future submissions.

Figure out what makes your story stand out

Take a fluorescent marker and highlight parts of your piece that make it unique. Ask yourself, “What makes my piece different? How is this a story only I could write?”

If you are telling a traditional love story, for example, there needs to be a point of entry that sets your tale apart from the others. In my case, being the wife of a firefighter who is obligated to work during catastrophes was unique in comparison to other stories of Hurricane Sandy, which gave me a leg up when submitting.

As you revise your work, consider who will be reading it. Can you convey your story in such a way that it reaches more than one demographic?

When I realized I wasn’t descriptive enough while explaining my husband’s role as a rescue fireman during Hurricane Sandy, I added that he also responded to the airplane crash in the Hudson River in New York City in 2009. While this addition increased the tension in the essay, it also broadened my audience from the targeted female readership to also include men and other first responders — making it more salable.

When you tell a story that spans several demographics, you’re better able to sell a clip to multiple markets, so long as you retain copyright and are careful with giving exclusivity to publications interested in your work.

Get rid of the query letter you sent with your original submission: the one that kindly asks the editor to consider your idea. In its place, create a new one that contains an action-packed paragraphor an innovative tip that simply cannot be ignored.

Construct your query to read as clearly and concisely as the completed work you’ll be presenting, and you’ll start to see results. For example, that once-rejected essay of mine was later picked up by a popular relationship website, MSN Living, and a professional magazine for firefighters — and this last one even ran it as the cover story.

When you inevitably find your piece in an editor’s rejection pile, don’t throw in the towel. Get back to work and turn that reject into your next published piece.

How have you dealt with rejection as a writer? 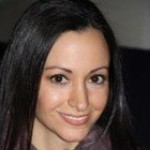 About the Author: Dawn Turzio

Dawn Turzio is a well-fed freelance writer and aspiring novelist. For more of her writing (including her resuscitated reject), and to connect on social media, please visit www.dawnturzio.com.