If writing a personal essay came with a step-by-step guide — and sadly, it doesn’t — the first step would be to read really good essays.

Analyze what works and what doesn’t and determine why the author was able to catch an editor’s attention.

Here are some reflection questions to consider when reading a personal essay:

Then dissect every paragraph, every sentence, every word and apply what you’ve learned to your own work.

While there are fantastic examples of stellar essays lurking in nearly every corner of the internet — and I’m thinking beyond the usual suspects like The New York Times, Oprah and The Washington Post — when I teach my personal essay writing course, I frequently turn to the following examples for the reasons cited bellow.

1. The Fateful Discovery a Woman Made After the Sudden Death of Her Infant Child by Rebecca Gummere

Few essays have gutted me to the same degree as Gummere’s essay in O, The Oprah Magazine. This is an example of a powerful story — one that is truly unique — and that’s what kept me reading.

Admittedly, when I read the first two paragraphs of the story, I glazed over. But Rebecca Gummere used metaphor beautifully, with passages like, “the multiplying cells begin a right-looping arc, developing in the form of a spiral, as would a rose, or a seashell, or a galaxy.” She also uses dialogue that provides just the right pacing, intermixed with those brilliant metaphors:

“Are you ready?” asks the pathologist.

I nod, making a chalice of my hands, and he reaches down into the plastic bucket and lifts my son’s heart and lungs out of the water. I feel a slight weight, as if I am holding a kitten or a bird.

I blink and the world turns sideways beneath me.

In the paragraphs that follow, she describes her experience, quite literally blow by blow (and I typically avoid clichés; you always should in your writing). The pacing pulls the reader in to the point where it’s impossible to look away. That is good writing. That is putting the reader in a scene with you. That is how you sell an essay.

There are many other passages I yearn to share, but alas, I don’t want to give too much away. This is an essay you should experience in the moment with the author, just as I did the first time I read it.

2. In Marriage, Beware of Big Boxes by Cindy Chupack

For me, this is a “Modern Love” column favorite. And yes, there are many when it comes to Modern Love submissions. In fact, two of the essays I’m providing as samples appeared in The New York Times’ “Modern Love” column. The opening declares a truism that many are afraid to utter aloud:

In any marriage, even the best marriage, there will come a day when you wonder why you married this person…This handsome, tuxedoed man is publicly binding his life to yours, and you think, ‘It would have to snow inside my house before I would ever feel anything but love for this man.’

Well, it snowed inside my house.

Chupack’s writing is witty, concise and laugh-out-loud funny at times. It’s also honest. Equally important, nearly every woman who has been married to a romantic can find herself inside that story.

Admittedly, while I read this essay, I was thinking more about my parents’ marriage than my own (my hubby’s gift-giving style is decidedly understated), but the point is, there are universal themes scattered throughout this essay. It boils down to this: Snow, even inside your house, can be quite beautiful.

I had a hard time reading this essay. I wanted to look away, to deny Lamott’s experience, to pretend I can’t relate. But then, I had to press pause and bow down. Lamott’s bravery in this piece, well, it’s almost unparalleled.

After all, it takes guts to admit this:

One reason I think we get so angry mad at our children is because we can.

Who else can you talk to like this? Can you imagine hissing at your partner,

“You get off the phone NOW! No, NOT in five minutes …”? Or saying to a

friend, “You get over here right this second! And the longer you make me

wait, the worse it’s going to be for you.” Or, while talking to a salesman at

Sear’s who happens to pick up the ringing phone, grabbing his arm too hard and

shouting, “Don’t you DARE answer the phone when I’m talking to you.

But underneath the fear I keep finding resiliency, forgiveness, even grace.

4. Your Brain’s Response to Your Ex According to Neuroscience by Me (Amy Paturel)

I frequently share this essay as an example of a reported essay, not because I wrote it, but because my editor said it was a monthly traffic top 10 for discovermagazine.com.

The reason: People can relate to it — and there are scientific reasons behind our shared experiences.

Seeing him instantly reactivated the networks my mind encoded 15 years before. Throw a bear hug into the mix — and the accompanying flood of oxytocin — and that old brain circuitry lit up like fireworks. Justin Garcia, the associate director for research and education at the Kinsey Institute, says that’s no surprise. Just like a recovering alcoholic craving a drink after decades of sobriety, we can still be drawn to an old lover.

“It doesn’t mean you still want to be with that person,” he says. “It doesn’t mean there’s something wrong with you. It means there’s a complex physiology associated with romantic attachments that probably stays with us for most of our lives — and that’s not something to be afraid of, particularly if you had a great run.”

In a sense, this piece gave readers permission to feel all the feels with a former lover, even if there are good reasons why the flame stopped burning.

5. Connecting My Children to Their Heritage in Mandarin by Connie Chang

In this piece Connie Chang transports us into her experience as both a child and a parent, in part by sharing specific details.

As the daughter of first-generation Chinese immigrants, Chang brilliantly explains what it was like to straddle two worlds — the one that her parents emigrated from and the one where she landed as a young girl.

The message was clear in the media and popular culture of the 1980s: It was better to speak English, exclusively and without an accent; to replace thermoses of dumplings with hamburgers. My father’s college classmate, also a Chinese immigrant, proudly boasted that his kids knew no Mandarin, a claim confirmed when his son butchered the pronunciation of his own name while my parents looked on with unconcealed horror.

The piece is rife with conflict. Chang not only shares her experiences as a young Asian girl trying to assimilate to American life, but also as a parent who wants to preserve her Chinese heritage for her children. The kicker: She realizes how little she remembers of her once native Mandarin.

Throughout the piece, Chang also educates her reader about the growth in Mandarin immersion schools, the seemingly increasing interest in learning Mandarin, and perhaps most important, how teaching her children Mandarin has resulted in a deeper bond between her children and their grandparents.

Buried in Mandarin’s rounded vowels and tones, in the whimsical idioms that pepper our speech, in the Tang era poems every child knows, are irrevocable pieces of me, of my family.

And there’s the redemption!

6. Now I Need a Place to Hide Away by Ann Hood

Hood’s essay is not only a great example of transformation (i.e., I used to …. But now I … ), but it also beautifully illustrates how an adept writer can contain a really big story — in this case, the death of a child. Instead of trying to tackle everything from point A to point B chronologically, Hood contains the story with a small piece of the larger puzzle using The Beatles as a vehicle.

For Grace’s fourth Christmas, Santa brought her all of the Beatles’ movies on video, a photo book of their career and “The Beatles 1” tape. Before long, playing “Eight Days a Week” as loud as possible became our anthem.

As parents do, I had shared my passions with my children. And when it came to the Beatles, Grace had seized my passion and made it her own. But with her death, that passion was turned upside-down, and rather than bring joy, the Beatles haunted me.

In this way, The Beatles becomes almost like a character in Hood’s story, a way to illustrate Hood’s tremendous bond with her daughter. It also ensures that each time we hear The Beatles, we recall Hood’s tragic story.

Do you have any favorite personal essay examples? Share them in the comments section below. 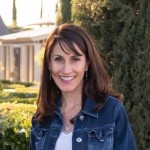 About the Author: Amy Paturel

Amy Paturel is an award-winning journalist who has contributed essays to The New York Times, Newsweek, Parents, Health, O (the Oprah Magazine), The Los Angeles Times, among other top tier publications. Learn more about Paturel's courses.