Why You Should Publish Your Book Before It’s Finished

Here’s how a lot of people think you write and publish a book:

1. You have an idea for a book

2. You spend a year — or longer — working on it without showing it to anyone

3. When you feel ready, you might show it to some friends or even a professional editor, though many people skip this step

4. When you’re done-done, you submit your work to some Big Publishers (somehow… this part is fuzzy)

5. Either you get a deal and you become a Published Author on your way to fame and fortune, or you don’t — and your manuscript collects dust, or whatever electronic files collect when you don’t ever look at them again

These mistaken beliefs about the writing and publishing process are some of many damaging artifacts of twentieth-century publishing industry romanticism; together, these could be called “The Myth of the Doorstopper.”

According to this myth, all good books are written by people who hide away for years in isolated cabins or bohemian apartments, then emerge with giant tomes which are perfectly complete at the very moment they are first made public (that is, published).

The early days of in-progress publishing

Nowadays, it is true that many novels are written and published that way, but historically, novels were often written and published in-progress — ever heard of Dostoyevsky, Dickens, or Tolstoy? Indeed, writers of in-progress books would often change their planned plots (if they had any fully worked-out plans to begin with) in response to the public’s reception of their work, as the chapters were published periodically.

(Ever wondered why some nineteenth-century novels are so big? When you’re publishing serially and being paid chapter by chapter, it’s pretty tempting to embiggen the scope of your book if it becomes popular. Your publisher would certainly suggest that you do so.)

Fortunately, new technologies have made it possible for writers to re-establish the conditions for in-progress publishing without waiting for Big Publishers to change their corporate strategies back to traditional serial publishing models. The combination of computers, the Internet, electronic reading devices and in-progress ebook publishing platforms means that authors and small publishers can start writing and publishing this way, again.

Imagine, instead, that you’re thinking of writing a nonfiction book; let’s say you’re passionate about model trains and you want to write “The Advanced Guide to Model Trains.” If you went the traditional “Myth of the Doorstopper” route, you’d write the whole thing and then try to find a publisher. If you couldn’t find one, you’d publish it yourself, or else just give up.

Now, how would you feel if, after finally publishing your book, you discovered no one wanted an advanced guide, but that there was a huge demand from eager readers for a beginner’s guide? What if you found people objected to your overly technical approach to what they considered to be a fun topic? What if you discovered that, actually, you’re not a good enough writer yet to merit anyone’s attention? You’d have spent all that time writing a book no one wanted to read.

Now, imagine that you chose the in-progress ebook publishing model instead. You start writing your technical “advanced” guide and publish the first version after you’ve only finished a draft of the first three chapters — after, say, just a couple of months of work (knowing, of course, that anyone who buys an early copy of your ebook will get all subsequent versions free and automatically.)

What you’ll get is the same response described above, but without having wasted years of work and worry, and without the dashed dreams and belated realizations.

Instead, you could change tack and start writing (and in-progress publishing!) a beginner’s guide, in a lighter tone, selling it to the readers you’ve already discovered from your first attempt, and building your readership as you write the book. You could be constantly evolving your book in response to meaningful reader feedback, and looking for new ways to find new readers over a longer period of time, rather than just at or after your book’s launch.

Then, once you finished the beginner’s guide, you could write an intermediate guide for all your happy beginner readers. And eventually, you could even write that advanced guide you were so determined to write in the first place — but with an already established and growing following of readers.

In-progress or “lean” publishing is both the past and the future of publishing. There will always be room for the authors of conventional twentieth-century Doorstoppers, but there will also be more room for people willing to write in more radical ways, and to engage with the kind of reader so eager, they’re willing to buy an unfinished book.

Have you tried in-progress publishing? What do you think of the idea? 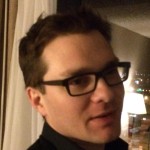 About the Author: Len Epp

Len works at ebook startup Leanpub and once cofounded an artsy crowdfunded nonprofit organization. He wrote his DPhil in English Literature at Oxford on the rhetoric of clarity and obscurity in politics, philosophy and literature.