I’ll be the first to admit that there’s a serious problem with romantic relationships in literature nowadays.

And worse, this issue seems to be overlooked by the large majority of writers — until it’s too late, that is.

The problem: The unrealistic and unhealthy portrayal of romantic relationships.

There. I said it. And now people can take notice because yes, there is a serious lack of realism when it comes to the romantic relationships in books.

Authors are writing relationships that are meant to be exciting and intense, but their execution of those couples can be flawed in sometimes very harmful, although unintentional ways.

There’s nothing wrong with writing romance. In fact, adding a romantic relationship to your book can help you write a good story. The dynamic of love can:

Pitfalls to watch out for when writing romance

All of these powerful elements can make your book a lot better, but only if you can create a relationship that isn’t problematic for the readers.

Which means you’ll want to avoid these mistakes many writers might not even realize they’re making when it comes to the romantic relationships in their stories.

Here are a few traps to avoid when writing romance.

This might be the biggest, most overlooked issue in books. Way too many authors are writing abusive relationships and passing them off as romantic, particularly in the young adult genre, though this can be seen in all types of books.

If you’re not sure what this looks like, it’s when writers portray abuse as love.

They write about a person being overly jealous and verbally abusive to their partner and have the main character justify it by narrating that the other person “just can’t live with the thought of losing” them. So the main character is written as seeing this abuse as true love.

This romanticization of abuse is simply harmful to anyone reading it. Young people might turn to books when it comes to learning about romance. If they don’t have a healthy relationship to learn from in real life, they might think the relationships in books is how it’s supposed to be.

Therefore, they accept abuse and pass it off as the person just “caring about them too much” because that’s what they’ve seen in their favorite books.

In order to avoid these types of mistakes, make sure your relationships are written consensually. Think about how you’d feel and act given the situation you’re putting your characters in.

A general rule is, if you’d be appalled by someone being treated that way in real life, it’s not right.

Think about the romantic relationships you’ve been in or have seen around you. How often do you hear two people locking eyes across a restaurant and falling madly and immediately in love with one another?

Not often. Because it’s not realistic, and that’s not the way love works.

For those of you unfamiliar with this term, it’s just as it sounds. An instant romance is when two people meet and are in “love” and in a committed relationship instantly. Or within a very, very short amount of time, which is not remotely accurate.

However, there are many novelists who write romances this way with the intention of creating an intense moment, but it sends a very harmful message to young readers and  takes away from the realism in your book.

You can write intensity without making your characters be “in love” right off the bat.

Relationships take time. You have to get to know one another first, build the chemistry and allow that spark to ignite before you can begin that romantic journey.

Why should your book characters be any different?

If you want the relationship to be realistic and keep your readers fully immersed in it, you have to give it the appropriate amount of time to grow and evolve.

3. Making a single person passive in the relationship

Relationships aren’t about one person seizing control of the other and making all the choices.

Both people should be equally as active in the ongoings of the partnership. Because it’s just that — a partnership.

This makes it a little concerning when writers make a single person who just goes with the flow and doesn’t really care about much. This person doesn’t initiate anything, make any choices for the sake of the relationship and when going gets tough, they sit back and let the other person do everything.

This is both unrealistic and just plain boring. It doesn’t add anything interesting to the dynamic of the relationship and readers won’t root for them.

Make sure you’re writing a romantic relationship between two people, not between a person and a passive robot.

If two people are in a relationship, they should have things in common. They don’t need to both like the same food, movies, books and activities, but they should have similarities at their core.

If you have two characters who are moral opposites and don’t share the same values, your readers are going to question why they’re together in the first place.

And if you can’t really answer why they’re together other than the fact that they need to be for plot reasons, you’ll have to do some adjusting. Characters can’t just be involved for the sake of conflict in a story.

If those two people need to be in a relationship for your plot to work, then you need to put just as much effort into their dynamic as a couple as you do for the entire plot.

Otherwise, the story plot won’t matter because readers won’t care about the relationship.

For your characters to bond on a deep enough level for love to be in the air, some vulnerability needs to happen. They need to open up to each other and express more emotions than lust and longing.

How else will they be able to grow closer? Allowing for moments of vulnerability shows their weaknesses. Not only will this be important for crafting a stronger emotional connection between characters, it’ll also help your readers connect with them more.

Here are a few ways you can create some vulnerability:

Even strong, tough characters need moments of vulnerability and weakness. Not only does this make the relationship stronger, your readers will also like the character a lot more because they’ll be able to relate. Two birds, one stone.

Adding romantic relationships to your novel can up the stakes, add a layer of interest and give your audience all the lovey-dovey feels, but in order to have those effects take hold, you’ll need to write them correctly.

And writing them correctly means avoiding these mistakes that can take your fictional relationship from realistically impactful to harmfully impactful.

What have you found works for you when writing romance in fiction? 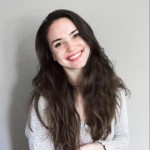 About the Author: Bella Pope

Bella Pope is currently the Content Creation Specialist at Self-Publishing School, where she specializes in SEO and writing blog posts about the process of writing, marketing, and self-publishing books. When she’s not at work, you can find her building her own blog, writing for the likes of Thrillist and Thought Catalog, and working on her own debut epic fantasy novel.