Because it’s so simple, it’s easy to overcomplicate the plot and get your manuscript into trouble (often right around page 50 or page 100).

If you’re struggling with a troublesome plot (or lack thereof) right now, take a look at these common plotting mistakes.

A great idea is a wonderful thing, but it takes more than a premise to create a plot.

Many novels fail because all they are is a premise.

For example, “Four siblings go through a magical wardrobe into another world” is a concept with lots of potential, but there’s no plot to be found. It’s what the siblings do once they get to that magical world that creates the plot.

The characters’ decisions determine how a plot unfolds.

In contrast to the example above, “Four siblings go through a magical wardrobe into another world and must defeat an evil queen enslaving the land” is a plot.

Are you making this mistake? State your idea in one sentence. Does it contain what your protagonist has to do by the end of the novel?

If not, you might not have the core conflict needed to drive your plot.

A series of scenes that describe how a character accomplished a task might technically be a plot, but it’s rarely a good plot.

Predictably watching someone do exactly what’s expected is boring. The more choices you give a character, and the harder you make those choices, the more unpredictable the plot (and the story’s outcome) will be.

Readers should feel that anything can happen, and they need to keep reading to find out how this story turns out.

However, choices won’t hold a reader’s interest if the outcome doesn’t matter. Each tough choice should have consequences attached to it: punishments for failure and reward for success.

Are you making this mistake? Look at the turning points in your novel. Are there tough choices at each point? Do the options have consequences?

3. It’s all in your protagonist’s head

Stories that are too internal and focus too much on how a character feels and thinks often lack a solid plot because there’s nothing for the character to actually do.

For example, if the protagonist’s goal is to “be happy,” there’s no direction to help you create the plot. But if the goal is to “find a higher-paying job and move out of his parent’s basement,” you have clear steps the protagonist can take and choices he can make to create your plot.

Are you making this mistake? Can you pinpoint what your protagonist has to do to be happy or achieve a goal? Can you list the physical or external steps needed to achieve that goal?

Plots often get derailed because the protagonist is only doing what the author told them to do. They have no personal reason to do it, no goals driving them, no stakes hanging over their heads.

They could turn and walk away and nothing in the story would change. Imagine the movie Die Hard if John McClane’s wife wasn’t a hostage in the building. He’d have no personal reason to risk his life and go to the extremes he does to stop the bad guys.

Are you making this mistake? What happens if your protagonist walks away? Could you use the second most-important character as the protagonist with little to no change in the novel?

5. No one worth fighting

Stories are only as strong as their antagonists, and a weak antagonist makes for a weak plot. The antagonist (be it a person, society, or nature) creates the obstacles the protagonist will need to overcome to succeed: the plot.

He, she, or it sets the conflict in motion and presents the first choice the protagonist will have to make. Which in turn makes the antagonist react and make a choice, forcing another protagonist choice, and another action and so on until the climax.

Are you making this mistake? Does your antagonist have solid reasons to do whatever it is they’re doing? Are they trying their hardest to defeat the protagonist, even if that makes it harder for you to get the protagonist out of trouble?

No matter what type of story you’re writing, if you remember to keep asking “What is my protagonist doing?” “Why are they doing it?” and “What happens because they did it?” you’ll rarely lose your way between page one and the end.

Have you ever made one of these plotting mistakes? Are you struggling with one of them now?

Want a chance to win a ten-page critique from Janice? Leave a comment to enter (don’t forget to click to submit on the widget!). The winner will be randomly chosen at the end of the month. 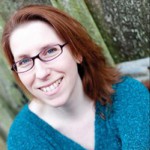