Your Next Big Book Idea: How to Figure Out Topics to Write About “Write what you know” is incomplete advice.

And you probably know more than you think you know. If you start digging into your gray matter, you might find a book in there. Once found, it will want to come out.

But it takes more than knowing something and wanting to write about it to get a publisher’s attention.

How to figure out topics to write about

Still, “write what you know” is pretty solid advice, so let’s use it as a jumping off point.

Then we’ll follow that up with nine other logical steps to grow what you know into what you can learn, comparing that to what the market is asking for, finding your niche in that market, generating the right idea, testing that idea and then building a platform around it.

1. That stuff you know: write about it

To write this article, I’m going to take my own advice by discussing nonfiction, getting a book deal with a major publishing house and the health and self-help genres. I’ll endeavor to make it general enough so you can extrapolate for your own needs.

I was after a big nonfiction book deal with a major publishing house. I had to have a certain amount of authority and expertise to convince them I was capable of executing the premise. In my previous work I’d shown that I was good at writing about the science of motivation and that I was a capable and organized researcher who had access to smart people with letters after their names that I could interview to borrow their expertise.

I don’t have a PhD, but I’ve interviewed hundreds who do have them, which makes “write what you know” a flexible guideline, not a ball and chain, because…

2. Write what you can learn about (and what the market wants)

I’ve had hundreds of health and fitness articles published in the Los Angeles Times, Chicago Tribune, Women’s Health, Men’s Health, and many others.

But I couldn’t get that major U.S. book deal, and the reason why was that my first book idea “sucked.” It sucked because it wasn’t what the market wanted. What the market wanted — what it has always wanted when it comes to health, fitness, and weight loss — is mostly a steaming pile of bullshit.

I don’t do bullshit.

My agent said, “The United States is ground zero for stupid diets.” Canadians were more understanding, and I got an impressive deal from Random House Canada for my first book, a science-based weight loss program titled Lose it Right. It sold reasonably well in Canada, but Americans just weren’t interested because it wasn’t Paleo or Keto or a diet based on your blood type or astrological sign.

Mine was a “good” book idea in that those who read it liked it and it helped them, but I wanted that big U.S. book deal.That involves giving people what they want.

The challenge was to discover a subject I could become an expert in that wasn’t too much of a stretch and didn’t involve selling my soul to the pseudoscience-filled diet and weight loss genre. I’d written extensively about the role of motivation in fitness and weight loss, and the decision was made with my agent to transition toward motivational self-help writing. There is still plenty of pseudoscience in that genre, but we determined it contained room for me to do it my way.

I left fitness and weight loss behind because there wasn’t much of a future in it for a guy who prefers to debunk bullshit rather than embrace it. I had assessed the diet book landscape, and realized I’d never make it big while keeping my integrity.

To make it in self-help, I had to determine what was selling and carve out my niche.

I examined who the big sellers were and took several bits that resonated to create my own concept of the type of book I could write. Note that this wasn’t the book idea itself, but a narrowed-down field within the genre that would work for my specific style and abilities.

4. Be loyal to your base, and to yourself

You need to find that specific concept that is both sale-able and fits with who you are as an expert and a human being.

Otherwise, you’ll lack the passion to execute it properly.

A formula can be simple, complex or somewhere in between.

Is yours a genre that likes gimmicks? Do they always want the newest thing? Is there a manner in which the most popular books are written that you can borrow from?

For me, I combined a bit of Malcolm Gladwell with some Jen Sincero. Gladwell takes narrow subjects that have a certain resonance to them already, does a lot of research and includes interviews with experts, then adds in powerful anecdotes. Sincero tells people what to do to live life like a badass. My general formula was to combine those two approaches.

Note that I still hadn’t come up with my idea yet, but…

In addition to ample freelance work, I’ve had millions read my blog posts. One benefit of blogging has been the ability to test what hits and what doesn’t. Time and again the most popular posts of mine, I discovered, were the ideas that no one else had done before. People crave something new, and I used this information to find a book idea that had not yet been tried.

To find a new idea, you must grow the box of your thoughts, widen the tunnel of your vision. This means doing research into areas you’ve not touched upon before to get that brain of yours going off in different directions than what you’re used to. Encountering new ideas is what helps you generate new ideas.

If your idea is new but on a subject no one cares about, it won’t sell. However, if you can find a subject that people will care about and present it in a unique and powerful way, they’ll pay attention.

The most popular blog posts and articles I’ve written seemed to involve a bit of mind-reading. It is like finding something that people care deeply about, but they didn’t know they cared about it until you put it in front of their face, and suddenly it struck them with a resounding YES!

How do you know you’ve found something that will resonate? In many cases, you’re writing for yourself, first. Do you care about this idea? Is it something you have a desire to investigate further? It has to drive you to write it so others will be driven to read it.

Taking all I knew from the previous seven points, I spent a lot of time on my bike, waiting for the idea to arrive.

That’s probably when your winning idea will arrive: when you’re not actively trying to find it. It might be in the shower, while out for a walk, meditating or lying in bed. The best ideas come seemingly out of nowhere and drive you forward because your brain suddenly resonated with a powerful This is it!

J.K. Rowling said of the experience, “There is nothing better when something comes and hits you and you think ‘YES!’”

I had an epiphany about epiphanies, where I was riding my bike and fantasizing about a time, long ago, when my life changed in a flash because of a sudden insight. I began to wonder, What is the SCIENCE of the life-changing epiphany?

I screeched my bike to halt, my mind racing. I then began to imagine, And if we know the science, is this an experience we can teach people to have?

In a moment, I desperately wanted to know the answers to these questions. And I figured if I wanted to know, others would too. I pulled out my phone and began to google and was relieved to find it hadn’t been done.

I had my idea.

Just because you think it’s a great idea doesn’t mean others will. My initial test was to ask followers of my Facebook page if they’d had a life-changing epiphany and to tell me about it.

This was an important step, because I’ve had plenty of ideas that seemed great at first, but after I discussed them with friends or even tried them as a blog post, it was crickets and tumbleweeds. Just because it resonated with me doesn’t mean it will with others.

But this one did. I discussed it with my agent, and they agreed this was worth investigating to see if I could pull it off. From there, I began with an introduction. But that wasn’t all.

If it’s nonfiction, people will want to know you’re the one to be writing about this idea. While I worked on my introduction, I also started writing freelance articles and blog posts that explored the idea in a variety of ways to gauge reaction, show publishers this was a topic people were interested in, and start branding myself as an expert in this area.

Months after the idea hit, my agent and I were ready to pitch The Holy Sh!t Moment: How Lasting Change Can Happen in an Instant.

He began pitching on a Thursday afternoon. The next day he emailed me to say, “Start looking at flights to New York for next week. I’m already setting up meetings.”

The book was published January 2019 by St. Martin’s Press in North America, and by Harper Collins in the U.K. It was a long and sometimes painful but also rewarding process. Traditional book publishing is an exercise in extreme patience and isn’t always worth it. It is definitely not for everyone.

And this is not the only way to generate a book idea that will sell to a major publishing house. But it’s a way that worked for me.

Perhaps my insights will help you land that deal. 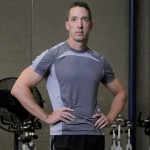 About the Author: James Fell

James Fell, MA, MBA, has bylines in the Los Angeles Times, Chicago Tribune, the Guardian, TIME Magazine, and many other publications. His blog, BodyForWife.com, has millions of readers and he is the author of two books: "The Holy Sh!t Moment: How Lasting Change Can Happen in an Instant" (St. Martin’s Press, 2019), and "Lose it Right: A Brutally Honest 3-Stage Program to Help You Get Fit and Lose Weight Without Losing Your Mind" (Random House Canada, 2014).